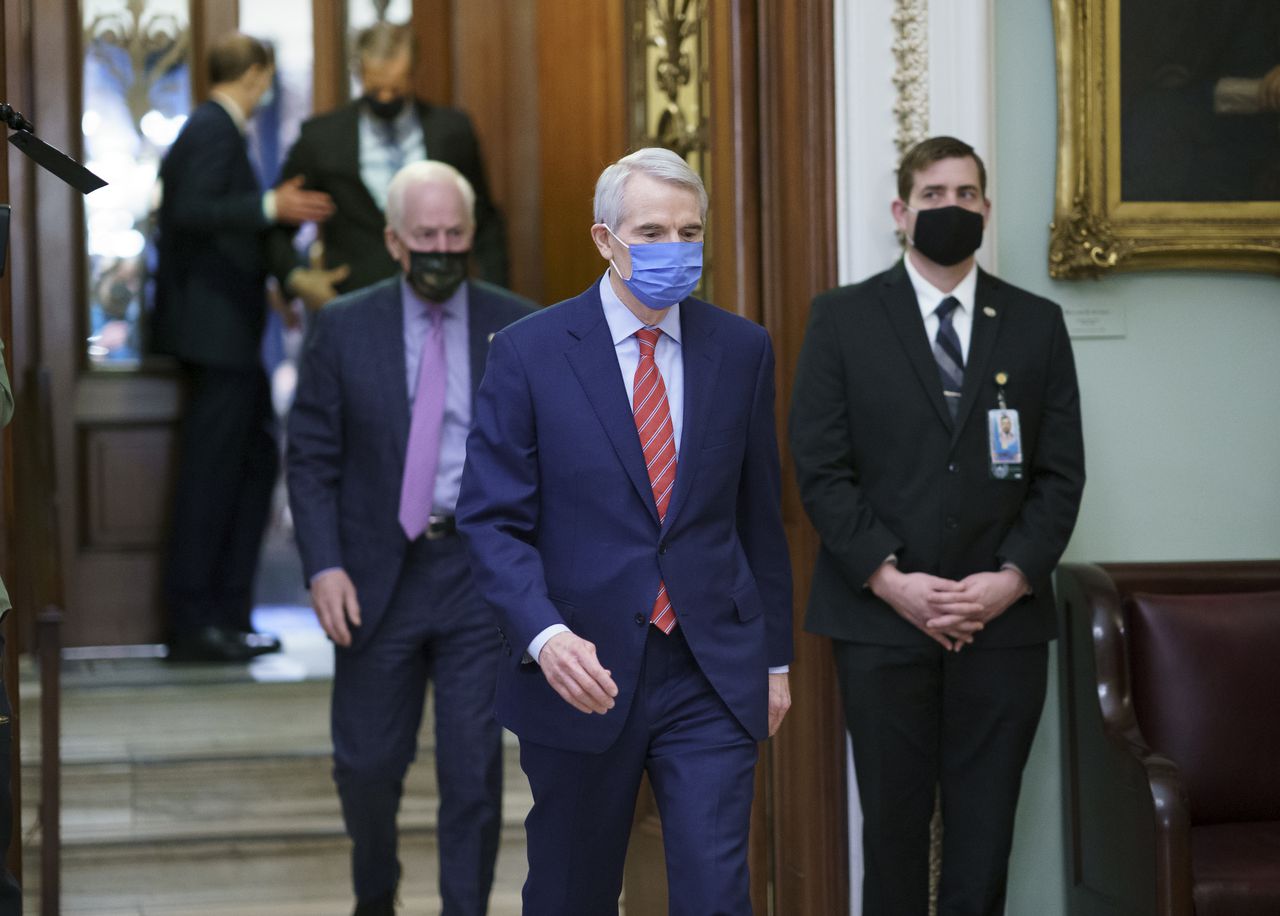 Here’s what Portman, who is not running for a third term, said:

Portman graduated from a respected law school (Michigan). But what Portman said sounds like a dodge, a very carefully worded dodge, but a dodge, nonetheless. Refusing to condemn Trump means he remains eligible to become president again.

First, the Senate held a trial on the indictment of a former Secretary of War William Belknap, who was in President Ulysses S. Grants’ cabinet. The House removed Belknap; the Senate tried Belknap. The fact that the Senate did not get the necessary votes to convict Belknap does not change the fact that Belknap was impeached and tried after his resignation.

Second, the Congressional non-partisan Research Service said on January 15: While the text is open for debate, it appears that most researchers who have looked closely at the matter have concluded that Congress has the power to ” extend the impeachment process to officials who are no longer in the office.

Third, among the senators who said in the Belknaps trial that a former federal official could be impeached by the House and then tried by the Senate was Republican Senator John Sherman of Lancaster. Sherman served in the United States Senate for over 30 years and also served as Secretary of the Treasury and Secretary of State at times. (Lieutenant General William Tecumseh Sherman, the Civil War Commander, was his brother.) So: John Sherman was less familiar with constitutional law than Rob Portman?

Finally, there is no doubt that the Founding Fathers knew that the British Parliament had in fact indicted former officials, not just current officials. The founders could have banned this, but didn’t. The natural counterpoint is that they didn’t expressly allow it either. Perhaps they thought their future successors would be as well informed as they were. If that were the case, today’s Congress would make them cry. (And seven Republicans in the US Senate voted to convict Donald Trump. Did they not consider the factors that led Portman to vote the way he did to acquit?)

Perhaps a serious constitutional scruple is really what kept Rob Portman from condemning Trump even though, in Portmans’ words, Trump was reckless and encouraged the crowd.

The question is: what would it take for Rob Portman to deem Donald Trump unfit for the presidency? Ohio is listening, senator.

Snow Levels is the game every Ohio rider is forced to play this time of year. The Snow Levels hullaballoo gives AM radio stations and 88 Ohios County Sheriffs the attention they need. Every winter, flake by flake, the people of Ohio intend to face the end of civilization as they know it (which, okay, may not say much).

The next time the people of Ohio learn they don’t have common sense, let alone the freedom to drive when it snows, they might want to remind their elf-named nannies two or three things:

In 1908, Ohio issued its first license plate (for an air-cooled Franklin, owned by a Cincinnati lawyer). It wasn’t until 1986 that a legal opinion from then-Attorney General Anthony Celebrezze Jr., a Democrat from Cleveland, allowed sheriffs to declare snow emergencies.

Snow isn’t exactly COVID-19. So what is it: Ohioans have become wimps or some officials have outgrown their panties?

Thomas Suddes, member of the editorial board, writes from Athens.

Do you have something to say on this subject?

* Send a letter to the editor, which will be considered for the print publication.

* Email any comments or corrections on this opinion column to Elizabeth Sullivan, Director of Opinions, at [email protected]

Butch Buchholz is still energized by the busy tennis life