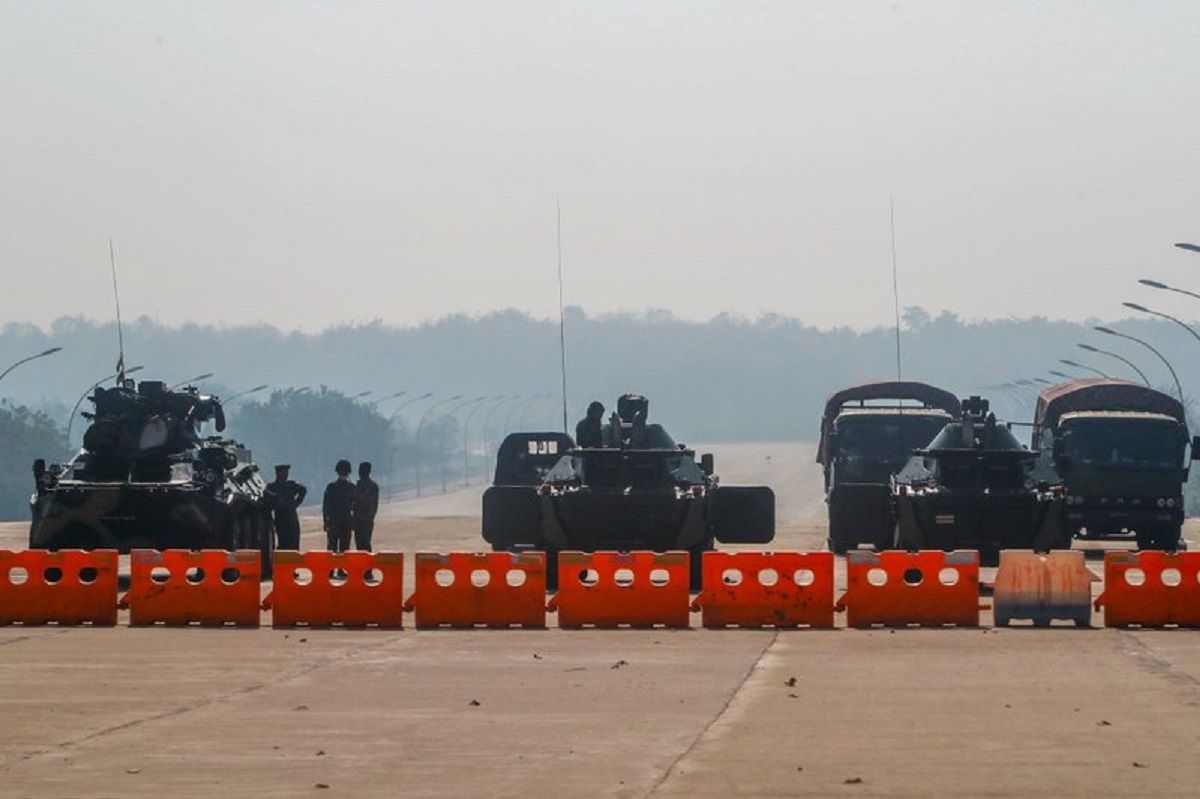 A live Facebook broadcast showed actor Lu Min’s wife describing to neighbors how her husband was arrested and taken from their home shortly after midnight. He was one of six entertainment industry figures accused last week of instigating officials to stop working and join the protest movement. Also Read – Biden Imposes Sanctions Against Myanmar Military Rulers; Expresses concern over Hong Kong crackdown on Xi Jinping

Hundreds of thousands of people took to the streets to protest the February 1 military coup that overthrew the elected government of Aung San Suu Kyi, while Mya Thwet Thwet Khine was the first confirmed death. The woman was shot dead on February 9, just two days before her 20th birthday, during a protest in the capital Naypyidaw, and died on Friday. Read also – Military coup in Myanmar: after Facebook, the country blocks access to Twitter, Instagram

About 1,000 people in cars and bicycles gathered at the hospital on Sunday morning where his body was held in tight security, with even the victim’s grandparents who had traveled from Yangon at five. hours away, were refused entry. When his body was released, a long motorized procession began to proceed to the cemetery.

In Yangon, Myanmar’s largest city, around 1,000 protesters honored the woman under an elevated causeway.

Another large protest took place in Mandalay, where police on Saturday shot dead two people near a shipyard as security forces tried to force workers to load a boat. Workers, such as railway and truck drivers and many government officials, participated in a campaign of civil disobedience against the junta.

Gunfire erupted after residents of the neighborhood rushed to the Yadanabon wharf to try and help the workers in their resistance. One of the victims, described as a teenager, was shot in the head and died immediately, while another was shot in the chest and died en route to a hospital.

The new deaths prompted a swift and strong reaction from the international community.

The shooting at peaceful protesters is beyond pale, British Foreign Secretary Dominic Raab said on Twitter. We will consider new measures, with our international partners, against those who crush democracy and stifle dissent. Britain last week froze assets and imposed travel bans on three top Burmese generals, on top of already existing targeted sanctions.

Singapore, which along with Myanmar is one of 10 members of the Association of Southeast Asian Nations, issued a statement condemning the use of lethal force as inexcusable. Urging the utmost restraint on the part of the security forces, he warned that if the situation continues to worsen, there will be serious negative consequences for Myanmar and the region.

On Sunday, Facebook announced that it had taken down the page operated by Myanmar’s Military Information Unit for repeated violations of our community’s standards prohibiting incitement to violence and coordination of harm. He had already deleted other military-related accounts.

With contributions from the agency

Trump made Cuomo a Covid hero. A scandal in a retirement home proves the honeymoon is over.

Prabowo supporters tend not to believe in the Covid vaccine