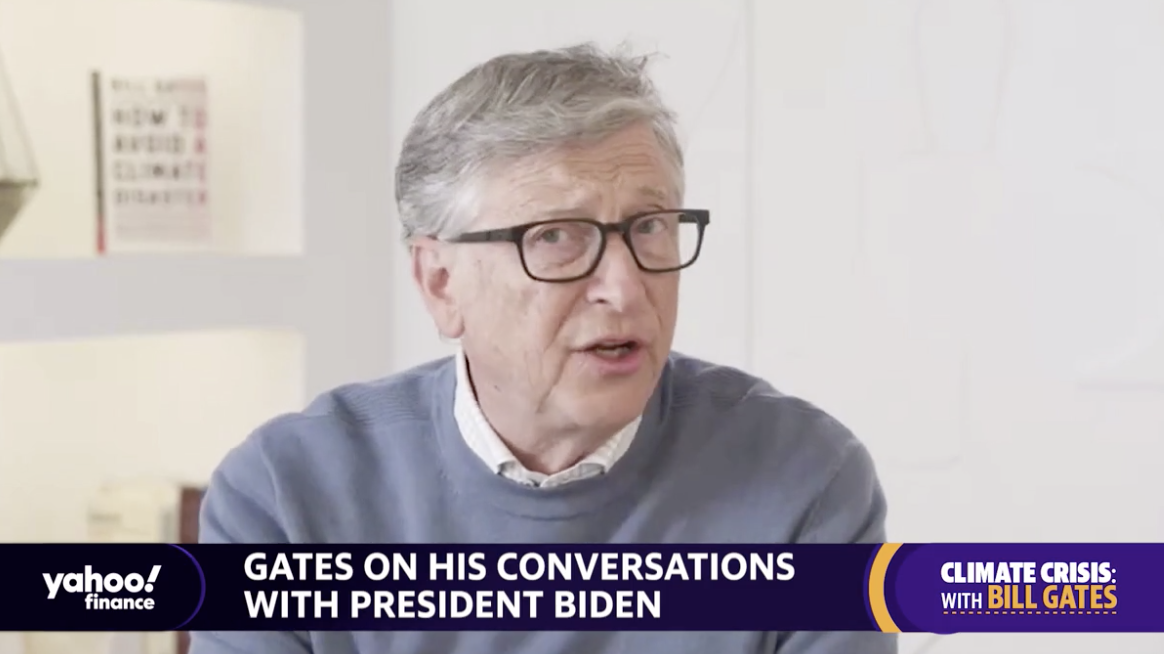 President Joe Biden kicked off his administration with a wave of climate change executive orders, including the cancellation of the Keystone XL pipeline and the return of the Paris Agreement. But his efforts to solve the problem cross US borders and face a difficult diplomatic challenge with China, the world’s largest carbon emitter.

The Biden administration has already made climate change a key part of relations with the country, covering the topic in a recent two-hour call with Chinese President Xi Jinping weeks after presidential climate envoy John Kerry publicly criticized China’s measures to reduce emissions as insufficient.

In a new interview, billionaire philanthropist Bill Gates, who said he has discussed climate change with Biden several times since the November election, told Yahoo Finance that China is “extremely important” in the global fight against change. climate because it is a potential source of new technologies and a major player in the industrial sector with a high emission rate.

But environmental diplomacy with the country poses a “delicate” task for the Biden administration, which must navigate a “complex relationship” while urging China to speed up its emissions reduction, according to Gates.

In his new book, “How to avoid a climate catastropheGates said rich countries are expected to reach net zero carbon emissions by 2050. Speaking to Yahoo Finance, he noted that China’s targets are behind schedule so back the carbon-intensive energy source coal.

“Their current commitment is zero by 2060,” says Gates, former CEO of Microsoft (MSFT). “So how do we, in a win-win way, get them to bring that date back earlier, and not get them to promote coal so heavily?”

This support for coal continues in domestic production as well as under the Belt and Road Initiative, a China-led multibillion-dollar set of development projects in more than 100 countries, a Gates said.

“They are huge in the industrial economy almost half of the world’s cement [and] half of the steel is made in this country, some of it goes into the exports they make, “he adds.” They also fund coal-fired power plants, not only nationally, but as part of the Belt and Road initiative in other countries as well. . “

“The remaining coal, although there are a few factories in rich countries and we have to get rid of those, is really China and India,” he adds.

Biden inherits a contradictory approach from China taken by his predecessor, President Donald Trump, which included a multi-year trade war, restrictions on telecommunications company Huawei, and efforts to ban social media platform TikTok, which is owned by the Chinese company ByteDance.

Gates, who in April criticism minimized of China’s early response to the coronavirus, realized philanthropic and public health initiatives in the country on a multitude of issues since the Bill & Melinda Gates Foundation opened an office in the country in 2007.

Gates became particularly interested in climate change during the electrification efforts undertaken in developing countries by the Gates Foundation in the early 2000s, when he realized that concerns about carbon emissions could limit energy growth in developing countries, it told the New York Times. His study of the issue resulted in a Ted Talk in 2010 titled “Innovate from scratch!, Describing the need for net zero carbon emissions by 2050.

In 2015, he participated in the launch of the Coalition for Revolutionary Energy, a collection of private investors who support companies that will help the world fight climate change. Other investors include Amazon (AMZN) founder and outgoing CEO Jeff Bezos and Alibaba Group (BABA) co-founder Jack Ma.

Gates praised Kerry, saying he would make America’s relationship with China a central part of his efforts to galvanize global action on climate change.

“John Kerry is going to do his best to see if this isn’t an area in which we are helping each other,” Gates says.

There should be no queues at health facilities

the story of the indomitable shrew