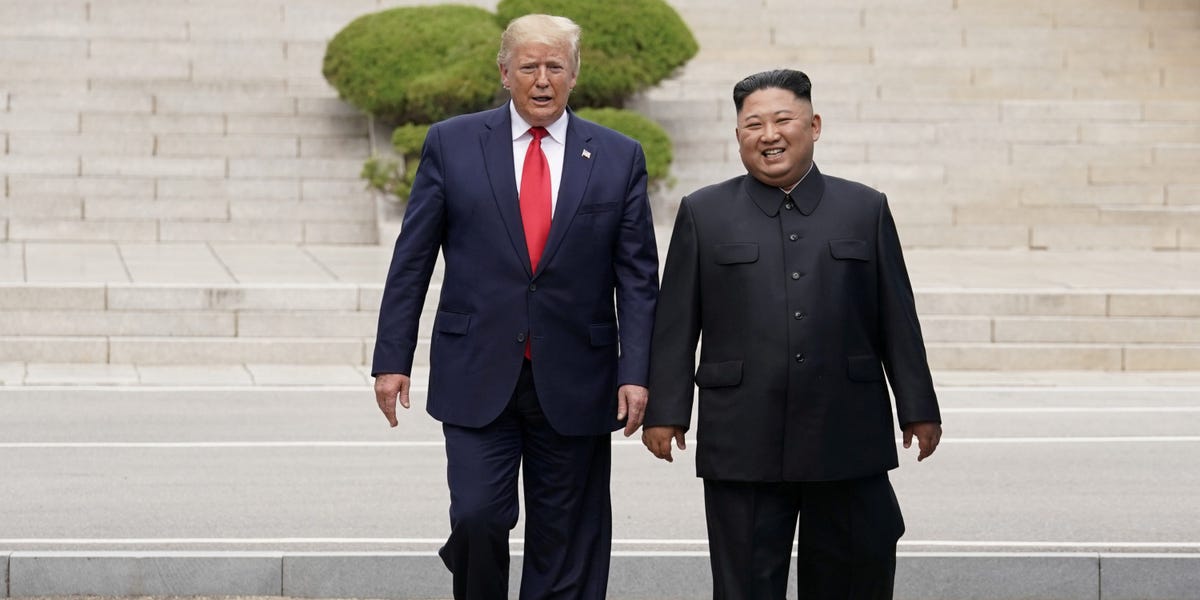 Trump has offered Kim Jong Un to return home on Air Force One, a new BBC series has revealed. The two met for their second negotiations in Vietnam in 2019, which ultimately collapsed. Trump said he could get Kim home in two hours, but the former declined the invitation. Visit Insider’s Business section for more stories.

Former President Donald Trump offered North Korean leader Kim Jong Un a return home on Air Force One after the two met for the second time at a summit in Hanoi, Vietnam, in 2019, a revealed a new BBC documentary.

The three-part series, titled “Trump Takes on the World,” reveals new details about how Trump and Kim negotiated North Korea’s nuclear program, which ultimately ended without a deal.

Trump, who abruptly left the meeting, told reporters at the time: “Sometimes you just have to walk.”

But the former president did not leave without first making an unusual offer.

“The president knew Kim had arrived for a multi-day train ride across China to Hanoi and the president said, ‘I can get you home in two hours if you want. It was a gracious gesture, ”he added.

Kim declined the offer, according to Pottinger.

The BBC series also includes an interview with Trump’s former national security adviser John Bolton, who was present at the summit.

Bolton said that on his way to the meeting Trump was confident he could strike a deal once in the room with Kim.

“Trump obviously thought he had a new best friend in Kim Jong Un,” said Bolton, who has since fallen out with Trump, according to the Sunday Times. “Trump thought relations between the United States and North Korea were great because he and Kim were friends. This is a very dangerous perception.”

Kim and Trump ended up meeting for a third and final time in the Korean Demilitarized Zone three months later, but there has been no further progress.

The couple had a complicated relationship during Trump’s four years as president.

Trump had called the North Korean leader a “little rocket man” and threatened with “fire and fury” but later suggested they were very good friends and even described him as “a very smart guy. “, according to the BBC.

“Trump Takes on the World,” directed by Tim Stirzaker, will air Wednesday on BBC2.

the situation in Taiwan – Palatinate