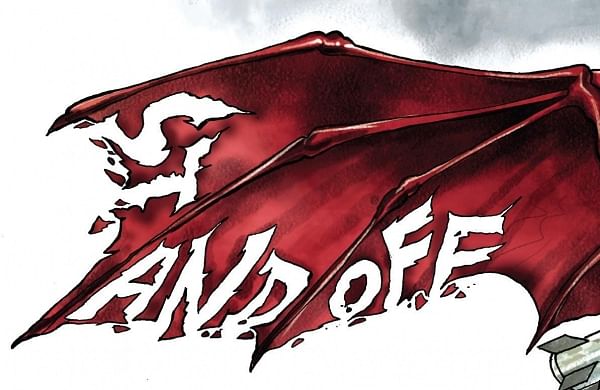 The favorite topic of all these days is the Ladakh stalemate and the current state of the disengagement and de-escalation agreement. The reading public receives an overabundance of strategic literature good enough to stay well informed. Most of the issues revolve around the trust deficit with China, the possibility of Beijing stopping and restarting a deadlock at another point on the long border with India, and the need for our nation to develop its infrastructure and resources. armed forces to match that of his country. neighbor to the north in the event of serious cross-border trade. The only issue that very few consider is the multitude of lessons China would have learned from this impasse and will no doubt analyze very deeply for the future.

It should start with the most common word: “trust”. By accepting a special engagement between Prime Minister Narendra Modi and President Xi Jinping to guide their military after Doklam in 2017, and then deliberately undertaking a mission to create border tensions, China not only lost India’s confidence, but that of a large part of the world. There is a difference between military and political trust. For the military, deception is something to always be expected in the profession, but international standards dictate otherwise when it comes to political trust.

The leaders of nations as large and important as China and India, both members of certain exclusive international groupings such as BRICS and SCO, cannot deviate from agreements and accords or use them to create military deception. Indian analysts need to point this out to the world and exert moral pressure on China, which will have to find better ways to deal with nations that it clearly cannot intimidate based on certain assumptions. Will China attempt to build trust and reliability through greater predictability in the future? The nature of its relationship with India and its geostrategic perceptions of India’s potential threats to Chinese interests may compel it to seek other means of igniting conflict while retaining its international credibility. China could try to take steps to show how sensitive it is to the implementation of the agreements. Ladakh’s rapid disengagement seems to project visible proof of this. Yet we should also expect that attempts to confuse India and paint it as the villain will likely gain more traction in the future.

It should be reasonably clear to China that its ability to use coercion to dictate terms to India and warn it against adhering to anti-China strategic equations is quite limited. By sending a message to the world and India about China’s seemingly superior military capability, she would realize that she needs to do a lot more and perhaps risk going over the top in situations where she might have. little control. India mirroring China’s deployment in eastern Ladakh, the latter has not resorted to opening other fronts, indicating a deep warning against over-engagement. This is also what happened in Nathu La (1967), Sumdorong Chu (1986) and Doklam (2017) – China preferred to maintain localized dead ends. Will he do something different next time? It has an untested set of armed forces that were defeated by Vietnam the last time they fought conventionally. Demonstrating one’s optimum capability in all-out war involves unacceptable risks; the PLA will have to find innovative ways to unleash conflicts on multiple fronts without resorting to all-out war and hope to achieve its objectives.

If China’s goal were to undermine India’s strategic confidence, it would have realized that it will take much more than just a stalemate and border friction. In 1969, he had border friction with the then Soviet Union. The Soviets, renowned for their use of mass artillery, fired one of the largest multi-gun rocket artillery crunches in history on the PLA; it was on Damansky Island in the Ussuri River, a salvo so big that the flow of the Ussuri changed after the explosions. It was China that learned the lessons and continued to build artillery with one of the largest missile and rocket forces. He would remember that never after 1969 did the PLA engage with the Soviets or later only with the Russians. Would he attempt to use these tactics against India in a future stalemate: strike with rockets and missiles to kill Indian soldiers heavily and wage war without crossing the LAC? This is food for thought because our ability to react and neutralize remains relatively weak.

China is said to have watched the increasing strength of information operations and influence the war in the current stalemates. It has been almost 30 years since she embraced “warfare under informed conditions”. The rising tide of alternatives to conventional warfare will undoubtedly tempt the Chinese to experiment in areas of high denial; this includes facets of hybrid warfare. In the current situation, I expected him to use various nuances of gray-zone warfare, resort to an increased cultivation of separatist tendencies in the Northeast, and use his media to label India as bad guy. He does not have. That could be a lesson for his future strategy: that it’s easier to employ indirect threats and resort to direct confrontation only when the ground is set for increased hybridity.

Two important problems remain: first Pakistan and then the maritime area. Very briefly, China will realize that initiating the Ladakh standoff without directly involving Pakistan has led to the creation of the following perception in Indian military circles – that India’s emphasis must go to the northern borders with China, Pakistan being the second priority. Will China wish to create a greater dilemma for India’s rulers by forcing Pakistan to use its benchmarking capability to increase threats to J&K and the western borders? We may have to prepare for this, even though Pakistan has very little capacity to respond to China’s tenders. On the seafront much has been written and talked about about the Quad and how it got a new lease due to the Ladakh stalemate. China will try to find the strategic diplomatic lever to prevent the update of the Quad, which is clearly not in the interest of Beijing’s bid to challenge the Indo-Pacific. Seeking to appease Australia and raise Russia’s doubts about India’s strategic partnership with the United States are two areas she can use effectively.

Former commander of the 15th corps based in Srinagar. Now Chancellor, Central University of Kashmir

BPJamsostek directors for the period 2021-2026 are inaugurated