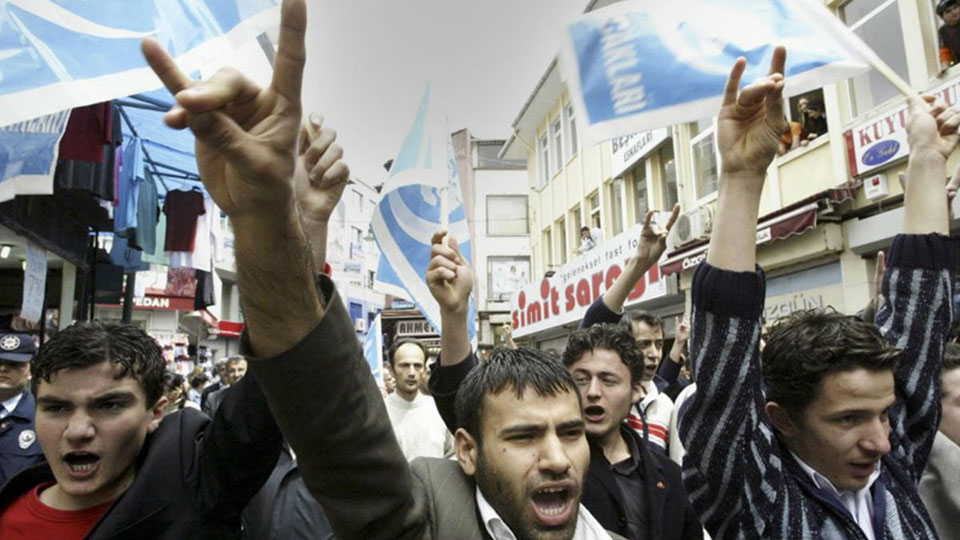 He will lay the foundation for the building alongside Azerbaijani President Ilham Aliyev in the town of Shushi, which was taken by Azeri forces in November 2020 after a three-day battle.

The leader of Turkey’s neofascist Nationalist Movement (MHP) party, Devlet Bahceli, pitched the idea earlier this year, but the building of schools is seen as a deeply provocative movement, with the Gray Wolves responsible for the extrajudicial killings of minorities, including Armenians. Until the Azeri invasion, the contested region of Nagorno-Karabakh had been ruled by its Armenian majority since 1994.

Gray wolves are a dark stain on the bloody history of Turkey and are responsible for the slaughter of thousands of Kurds, Alevis and minorities, and attacks on trade unionists, communists and progressives, he said. he declares.

Tayyip Erdogan and his fascist alliance will be defeated by a united struggle of all layers of the oppressed, There is a great explosion of anger against fascism in the struggle in Bogazici [university] but also to the worsening of the economic crisis which plunges further into poverty.

The Gray Wolves Organization is considered the paramilitary wing of the MHP, responsible for thousands of deaths in Turkey. Funded and trained by the CIA as part of Operation Gladio to stay behind the movements after World War II, it targets leftist movements and those that deviate from its strict Sunni Islamic ideals.

The groups’ most notorious attack took place in December 1978, when more than 100 members of the country’s Alevi community were killed in a 10-day pogrom known as the Maras Massacre, which directly led to the coup State Military 1980.

Gray Wolves founder Alparslan Turkes had close ties to the so-called founding father of the Uyghur World Congress, Isa Yusuf Alptekin. They both campaigned for the eradication of communism among the Turkish populations of Soviet Central Asia and Xinjiang.

Following the collapse of the Soviet Union, the Gray Wolves set up training camps for Central Asian youth, but failed to attract support, the group moved to the Chinese province of Xinjiang, where he targeted recruiting among the Uyghur community and supported the East Turkestan independence movement.