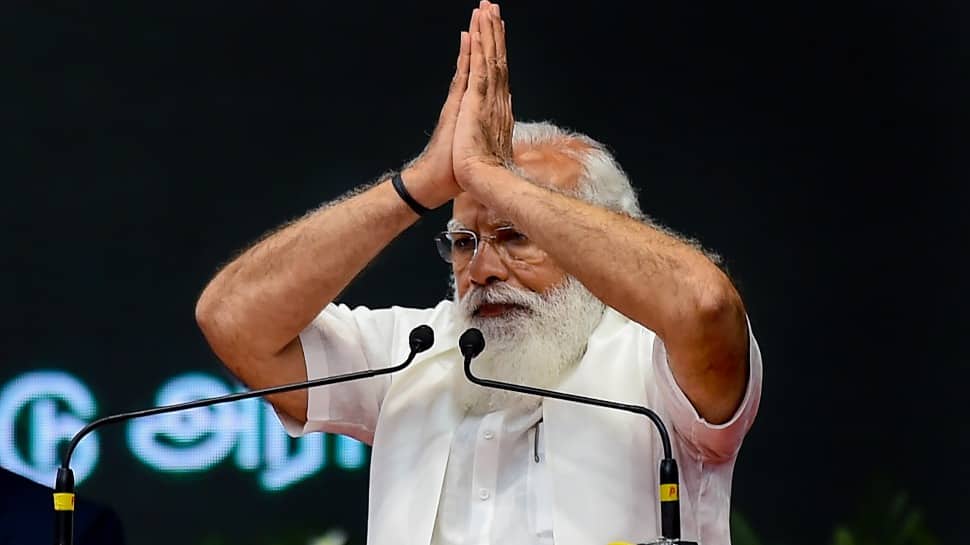 Prime Minister Narendra Modi will dedicate the new Neyveli thermal energy project to the nation. According to the Prime Minister’s office, it is a lignite-based power plant designed for an electricity production capacity of 1000 MW, and has two units with a capacity of 500 MW each. Built at a cost of around Rs 8,000 crore, the wellhead power plant will use lignite as fuel from the existing mines at Neyveli, which have sufficient lignite reserves to meet the project life requirement. The plant was designed for 100% ash use. The energy produced would benefit Tamil Nadu, Kerala, Karnataka, Andhra Pradesh, Telangana and Pondicherry, with Tamil Nadu holding the largest share of around 65%.

The Prime Minister will also dedicate NLCIL’s 709 MW solar power project to the nation, established on an area of ​​approximately 2,670 acres of land in Tirunelveli, Tuticorin, Ramanathapuram and Virudhunagar districts. The project was set up at a cost of over Rs 3000 crore.

The Prime Minister will lay the foundation stone for the extension, renovation and modernization of the Lower Bhavani project system. The Bhavanisagar Dam and canal systems were completed in 1955. The Lower Bhavani System consists of the Lower Bhavani Project Canal System, the Arakankottai and Thadapalli Canals and the Kalingarayan Canal. It irrigates more than 2 hectares of land in the districts of Erode, Tiruppur and Karur. The extension, renovation and modernization of the lower Bhavani system was undertaken at a cost of Rs. 934 crore under NABARD Infrastructure Development Assistance. The main objective is to rehabilitate the existing irrigation structures in the system and increase the efficiency of the canals. In addition to the lining of the canals, the repair and reconstruction of 824 locks, 176 drainages and 32 bridges will also be undertaken.

Prime Minister Modi will inaugurate the 8 tracks of the Korampallam bridge and the railway bridge (ROB) at the port of VOChidambaranar. It is one of the main ports in India.

According to the Prime Minister’s Office, at present 76% of the cargo is transported by road to / from the port using the existing Korampallam Bridge, which was built in early 1964 with a 14m wide causeway. . On average, around 3,000 heavy freight trucks travel across this bridge daily, creating heavy congestion on the road, resulting in delays and increased turnaround times. In order to ensure a smooth evacuation of goods and avoid traffic jams in the port area, the project of 8 tracks of the Korampallam bridge and the Rail Overbridge has been implemented. This involves widening each side of the bridge and adding two lanes (8.5m) on each side, as well as widening the existing asphalt road on either side of the TTPS Circle at the City Link Circle. Built at a cost of around Rs. 42 crore, the project has been implemented with financial support under the Sagarmala program.

The Prime Minister will also lay the foundation stone for the design, supply, installation and commissioning of a 5 MW ground-based solar power plant connected to the grid at the port of VOChidambaranar. The project, which is to be implemented at an estimated cost of around Rs 20 crore, will generate over 80 lakh units (KWH) per year, covering 56% of the port’s total energy consumption, thus helping to reduce the carbon footprint of port operations.

In order to improve living comfort, PM Modi will inaugurate the buildings built as part of the Pradhan Mantri Awas Yojana (Urban) project. Built by the Tamil Nadu Slum Clearance Board, it comprises 1,280 buildings in Veerapandi, Tiruppur; 1248 dwellings in Thirukumaran Nagar, Tiruppur; 1088 housing units in Rajakkur Phase-II in Madurai and 528 buildings in Irungalur in Trichy. These buildings were built at a cost of over Rs 330 crore. Each of these buildings, to be attributed to the urban poor / slums, has a base area of ​​400 square feet and has been provided with a multipurpose room, bedroom, kitchen, bathroom and toilet. restrooms. The Blacktop Road, street lights, a sewage treatment plant and social amenities like a ration shop, Anganwadi center, library and shops were also provided.

The Prime Minister will lay the foundation stone for the development of Integrated Command and Control Centers (ICCC) in nine smart cities, including Coimbatore, Madurai, Salem, Thanjavur, Vellore, Tiruchirappalli, Tiruppur, Tirunelveli and Thoothukudi. These ICCCs would be developed at a cost of around Rs 107 crore, and would act as a 24×7 support system, providing intelligent real-time solutions for faster services, with the aim of integrating essential government services and enabling the data-driven decision making.

Prime Minister Narendra Modi will lay the foundation stone for the NH45-A 56 kms Sattanathapuram Nagapattinam 4-lane project of the Villupuram project in Nagapattinam covering the Karaikal district. According to the Prime Minister’s Office, the capital cost to be incurred in this project is approximately Rs. 2,426 crore. He will also lay the foundation stone for the Medical College building of the new Karaikal Campus – Phase I, Karaikal District (JIPMER). The estimated cost of the project is Rs. 491 crores.

Prime Minister Modi will lay the foundation stone for the development of the small port of Pondicherry under the Sagarmala program. Estimated to be built at Rs 44 crore, it will provide connectivity to Chennai and facilitate the movement of goods for industries in Pondicherry. He will also lay the foundation stone for Synthetic Athletic Track, Indira Gandhi Sports Complex, Pondicherry. The existing runway surface of 400 meters of ash is an old and obsolete running surface. The project will cost around Rs. 7 crore.

The Prime Minister will inaugurate the Blood Center of the Jawaharlal Institute for Postgraduate Medical Education and Research (JIPMER), Pondicherry, which will function as a research laboratory and a training center for the short-term and continuing training of bank staff blood in all aspects of the transfusion. It was put together at a cost of Rs. 28 crores.

The Prime Minister will inaugurate a 100 bed hostel for girls in Lawspet, Pondicherry. It was built for female athletes at a cost of around Rs 12 crore, under the auspices of the Sports Authority of India. It will also inaugurate the reconstructed Heritage Marie building. A monument to the history of Pondicherry, Marie Building was built by the French and it has now been rebuilt with the same building architecture, at a cost of around Rs 15 crore.