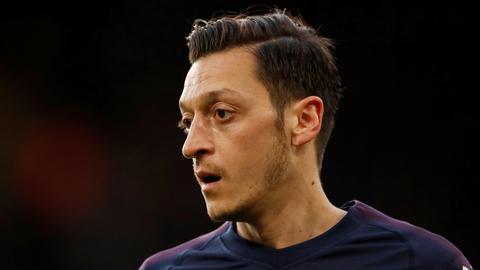 The recent transfer of the Turkish-German footballers to a Turkish club may have made Ozil happy, but Germany are still not ready to let go.

It wasn’t long before Mesut Ozil, the German-Turkish footballer, once again made headlines in German.

The 32-year-old midfielder left the German national soccer team in 2018, citing racism both within the team and in German society at large. It was one of the most scathing critiques of Germany’s inability to learn to integrate with the country’s Turkish population.

Now the German press has another gripe against Ozil: why he sings the Turkish national anthem in his new team in Turkey.

Last month, Ozil made the highly anticipated transfer from Arsenal, after seven and a half years, to Turkish football club Fenerbahce in Istanbul.

However, some quarters of the German press are now frustrated that Ozil was caught slipping while singing the Turkish national anthem before the start of a match.

The national anthem of Turkey is still sung in Turkey before most sports matches, just as it is sung in the United States.

This explanation was not sufficient for the German press.

Although Ozil did not comment on the German national anthem, the nationalist tone of the lyrics was a sticking point that made some uncomfortable.

German politician Bodo Ramelow even said that when he heard the German national anthem he could not “get the image of Nazi rallies from 1933 to 1945“out of his head.

Ramelow’s comments sparked a wider debate on the country’s national anthem and the need for reform. Compare that with Ozil’s treatment in which the German press demanded that he prove his loyalty to the country in which he was born.

Ozil’s downfall with the German press stems mainly from a climate in the country which has seen the German far right embolden in the form of the Alternative for Germany (AfD), which is now the largest opposition party of the country.

At one point, Ozil was hailed as the epitome of integration in Germany, even receiving an award from Chancellor Angela Merkel.

The country once hailed the diversity of the football team as the epitome of the new Germany overcoming the ghosts of its past. A multicultural melting pot where a hyphenated identity was the sign that being German and Turkish was not a contradiction.

As Ozil has since learned, he was walking on thin ice. Those who touted the footballer as a role model were also projecting what they thought integration should be.

For German policymakers, Ozil was meant to be an example for the Turkish-German community of around 3.5 million people.

But that all changed when Ozil and fellow Turkish-German footballer Ilkay Gundogan met Turkish President Recep Tayyip Erdogan in a photoshoot in which the two footballers offered their t-shirts.

Lothar Matthaus, in a statement at the time, said he paid tribute to the country’s highest authority in his family. German politicians and the press viewed this decision as an act of treason.

When legendary German footballer Lothar Matthaus met Russian President Vladimir Putin, his loyalty to the country was not in question. For those like Ozil, a complex hybrid of German and Turkish education, that double standard and the constant rebuke of being someone else’s ideal migrant and role model was too much.

In particular, children of migrant families who achieve notable success have the difficult task of balancing the prejudices of their adopted society and the cultural, fraternal and linguistic ties with the land of their parents.