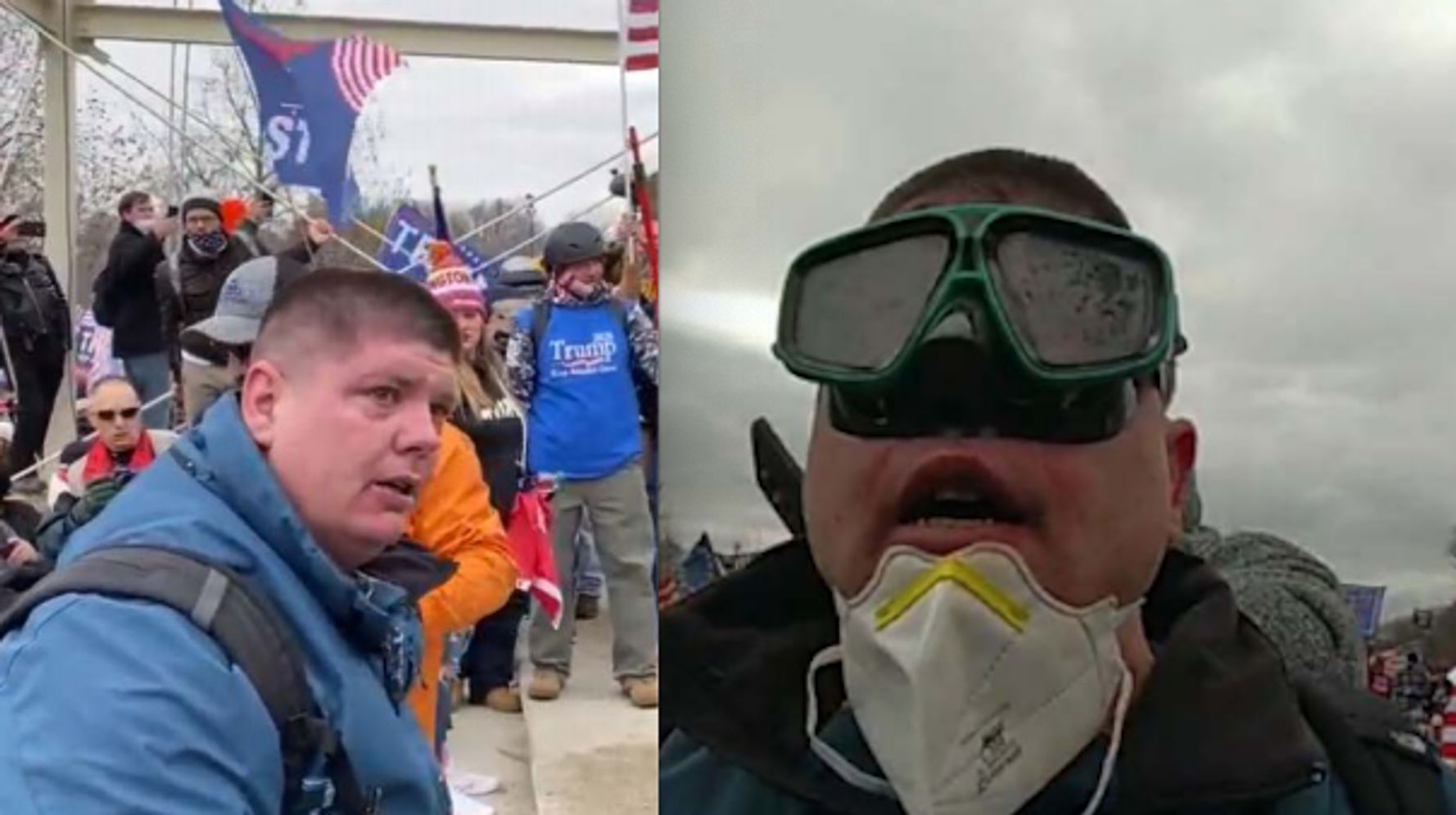 Donald Trump fan filmed brawling with cops in Jan.6 attack on the U.S. Capitol was charged by the federal government this week after bragging about his conduct on a Trump fan site and pushed back against the online conspiracy theory behind the antifa. the members were behind the violence.

Jose Padilla faces several charges, including counts of obstructing law enforcement during a civil disturbance and assaulting a law enforcement officer with a deadly or dangerous weapon. Federal officials say he pushed himself against the police line while wearing a diving mask and pushed on officers trying to stop the pro-Trump mob from storming the Capitol. He also helped rioters use a giant metal-framed Trump sign as a ram against police officers on the police line, and threw a flag pole at officers trying to keep the crowds out of the building.

The federal government has said that Padilla used the TheDonald.win website, which was created after the r / The_Donald subreddit was put into restricted mode last year. He also posted his support for Trump on Facebook.

There are a lot of memes and messages that fly around saying that the people who were fighting last night were all Antifa provacators etc. I just want to say that as a first-hand observer of every stitch from last night, it wasn’t Antifa. They were patriots trying to restore the Republic after being attacked by cops, who struck first, Padilla wrote on Facebook, according to federal authorities. Even those who smashed the windows next to the Capitol door were patriots trying to find a way to turn the cops off.

On the online forum TheDonald.win, Padilla wrote about his involvement in the attack, saying he pushed the rails, pushed the stairs and pushed the door.

I was beaten unconscious twice, sprayed more times than I can count, I was beaten with a baton which should have been fatal (multiple blows to the temple and carotid artery) except that God was on my side, Padilla wrote, authorities say.

Padilla also worked to correct the record of online rumors that Antifa was somehow responsible for the efforts of pro-Trump mobs.

Honestly, the guy who broke the windows wasn’t Antifa, he wrote. They were patriots trying to find a new way to get in so that we could flank the cops holding the door.

Padilla joins a list of insurgents on Capitol Hill who fought off antifa rumors online because they were upset that antifascists were getting credit for their work.

The case against Padilla was opened around the time that Senator Ron Johnson (R-Wis.) Used his time at a hearing on the Capitol Attack to bring up a conspiracy theory that agents Trump provocateurs and bogus protesters were responsible for the attack.

Read the criminal complaint below.

PlayStation play status: how to watch, start time, and what to expect