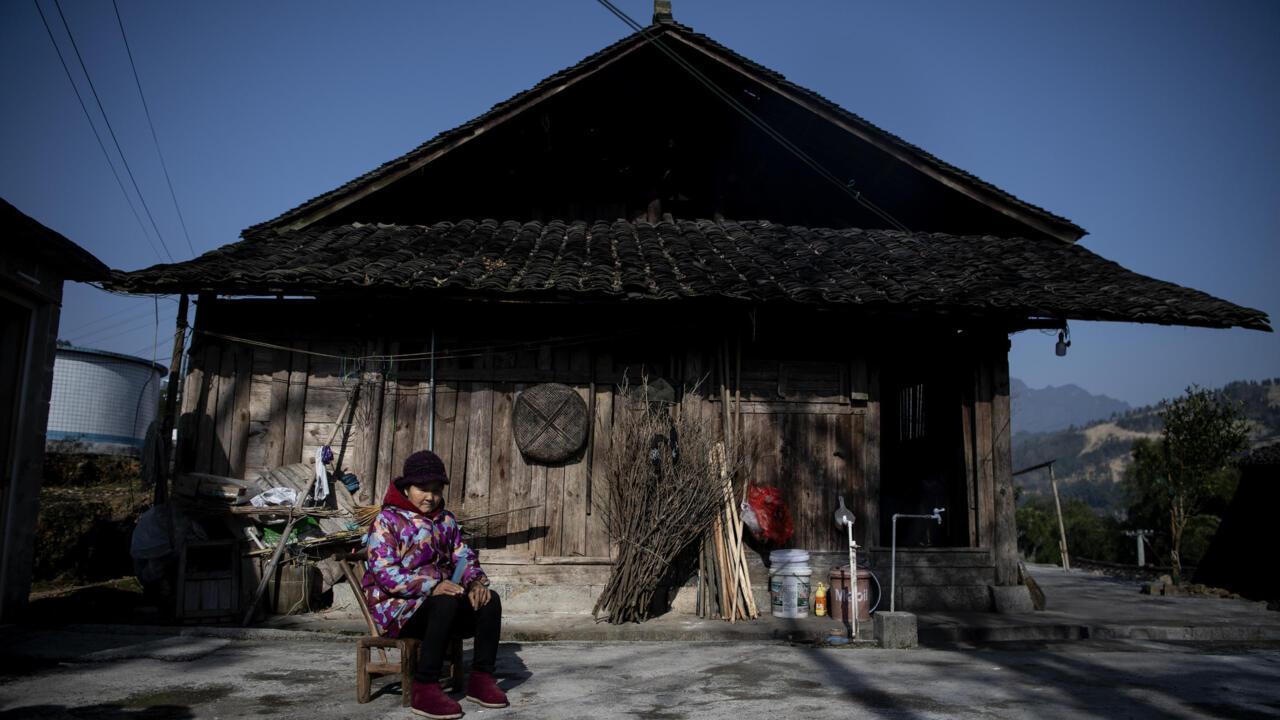 In his village along a “poverty alleviation road” in Hunan province, farmer Liu Qingyou shares booklet detailing how Xi Jinping’s government hoisted him and 100 million other Chinese , of the sector.

In it, the cause of her family’s hardship is diagnosed as “sickness” and “schooling,” followed by a list of ways the state has helped, from grain subsidies to improving the yields of their orange groves.

Authorities designated his family as impoverished in 2014, as Xi implemented a “targeted poverty reduction” strategy that sent officials door-to-door to assess the poorest households.

For Liu, the following years brought another boost: a new road crossing the mountainous Hunan countryside, helping to transport produce to market twice as fast and providing valuable connections to nearby towns.

But the journey has not been smooth on China’s economic scale.

Liu says his harvests have not improved despite efforts by local authorities to help him diversify his harvest.

Meanwhile, her wooden house does little to keep temperatures from plunging near zero in winter.

From his perspective, Liu and his family of five still live modestly, and he worries about their future – despite being seen as lifted out of poverty.

He wants what others have received from the state: relocation or enough money to build a brick house.

It is not clear to him why he did not qualify.

“Over the past 40 years, China’s economic growth has lifted more than 800 million Chinese out of extreme poverty … This is an extraordinary achievement,” said Martin Raiser, national director of the World Bank for China.

In 2015, Xi pledged to eradicate extreme poverty by 2020, a pillar of the Communist Party’s goal of building a “moderately prosperous society” by the 100th anniversary of its founding later this year.

But the reality on the ground is more uneven, with experts warning that rising incomes have pushed China’s poverty line past.

Complex criteria for determining who receives help have also fueled the misfortune.

Liu’s family was officially lifted out of poverty about four years after being singled out – the product of a policy change by Beijing not to rely on the skyrocketing growth that lifted nearly a billion people out of poverty. .

The authorities set a poverty line based on an income of around $ 2.30 per day and offered targeted assistance to those below the line.

But China is now an upper-middle-income country, for which the World Bank suggests a benchmark that doubles the current threshold.

“The current low, one-dimensional rural poverty line no longer reflects what it means to be poor in rapidly changing Chinese society,” said Terry Sicular of the University of Western Ontario.

Contacts with the villagers remain delicate, with six cars of officials showing up unexpectedly during AFP’s visit to Hunan.

Authorities asked about AFP’s interview plans and insisted on accompanying reporters after obtaining details such as travel history for Covid-19 prevention.

A police officer showed up for another interview, staying to observe “sensitive” issues.

The Communist Party has based its legitimacy on continuous growth.

But behind the surge in poverty, there are at least $ 1 trillion in loans over five years, and a burden of costs increasingly falling on local governments.

“Transportation has become more convenient … it has increased the income of ordinary people by at least 30 percent,” Liu said.

But although Liu received a subsidy as a poor household, he says business has been weak.

A coffee table sits in her sparsely decorated house, near a stove where her son prepares a lunch of dried bacon – a Hunan specialty.

A decision by the local government to branch out into tea plantations and plant new varieties of orange had an impact on profits, he added.

There are, however, many signs of growing wealth.

The per capita income of poor households in Hunan has fallen from around 2,300 yuan to 12,200 yuan in five years, according to official figures.

The Qianqing Road is a sign of the increased wealth of the region.

Farmer Xiang Xiuli, 53, said villagers no longer had to transport their produce over difficult terrain to the nearest roads to sell them.

His family said their orange business has doubled in size and their children can now attend better schools.

For farmer Mi Jiazhi, officially lifted out of poverty in 2017, things have never been so good.

“We have all kinds of resources,” said the 71-year-old.

With better income and the help of his children, he will soon be moving into a newer and larger house.

But there is still work to be done to ensure the sustainability of the mass increase in the economic chain.

As the poverty line rises, many city dwellers will fall below it as well, Raiser warned.

Beijing has already flagged the risk of backtracking, while villagers said Covid-19 is also weighing on income.

Poverty alleviation official Ou Qingping warned in December that some people still dependent on aid had “insufficient” means to get richer.

“Once reduction policies are suspended, they are likely to return to poverty,” he said.

Setbacks like illness and unemployment – or pandemics – can also plunge households into dire straits.

“Eradicating poverty at one point does not eliminate poverty,” Sicular said.