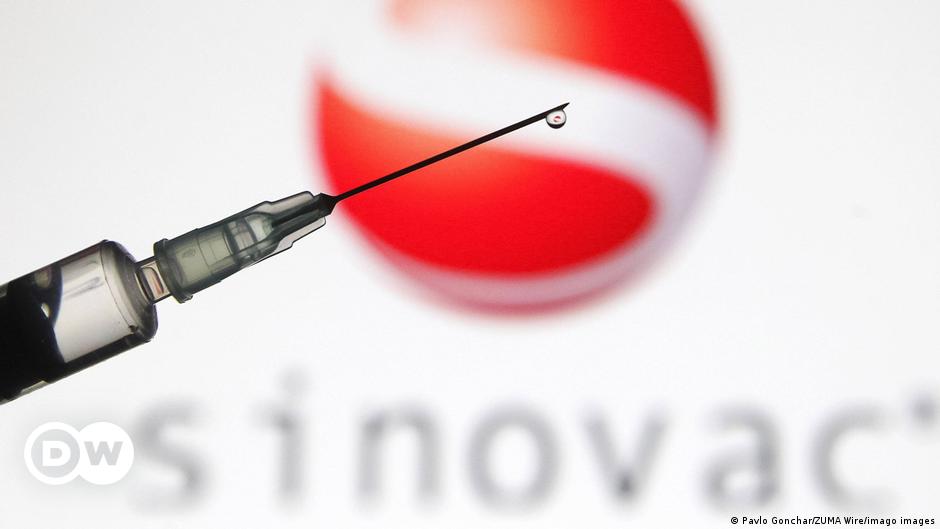 President Joko Widodo said that to obtain community immunity or collective immunity for the SARS-CoV-2 virus in Indonesia, 67-70% of the population must receive the COVID-19 vaccine. However, the question is whether all citizens are ready to be vaccinated?

Karim (29), a private employee from the South Jakarta region, admitted to DW that he was one of the people who was still hesitant to get the vaccine. Two things he called reason. First, misinformation about vaccines. For example, after being vaccinated the disease even increased, and some even reported that after being vaccinated some people died, he said on Wednesday (24/2). While the second reason he admits relates to conspiracy theories.

Recently, Indonesian Policy Indicators also released the results of a national survey titled “ Challenges and Problems of Covid-19 Vaccination in Indonesia ”. The national survey, which was conducted from February 1-3, 2021, found that many residents do not want to be vaccinated.

Sanctions for those who refuse vaccines

In order to facilitate the vaccination program in Indonesia, which President Joko Widodo intends to complete in a year, the reluctance of residents to be vaccinated is of course a major challenge. One way for the government to overcome this problem is to impose penalties on those who are registered as vaccinated but refuse to be injected with the vaccine.

In more detail, the penalties for those refusing vaccines are set out in section 13A paragraph (4) and section 13B.

Section 13A (4) states that individuals who have been designated as targets of COVID-19 vaccinees who do not participate in immunization may be subject to administrative sanctions, in the form of postponement or termination. social security or social assistance, suspension or termination of government administrative services and / or a fine.

But not only that, Article 13B also states that in addition to being subject to the sanctions referred to in Article 13A, paragraph (4), any person who has been designated as a target recipient of the COVID-19 vaccine, who does not not participating in vaccination may be subject to sanctions in accordance with the provisions of the law on outbreaks of infectious diseases.

Penal sanctions are regulated by Law No. 4 of 1984 on Outbreaks of Communicable Diseases, as stated in Article 14, paragraph 1. It is stated that those who deliberately obstruct the implementation of the prevention of communicable diseases The epidemic may be punishable by imprisonment for up to one year, and / or a fine of up to 1 million rupees.

Personal security is the supreme law

To DW, Dr. Hasrul Buamona SH MH, an expert in health law and director of Yogyakarta City LPBH NU, explained his views regarding these sanctions. 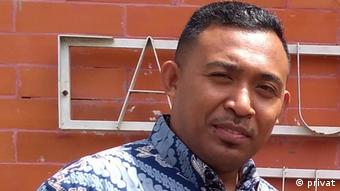 Hasrul said Presidential Decree No. 14 of 2021 that contained the sanctions was a flawed product because it did not comply with the rules of law. He explained that in fact only two legal products can contain sanctions, namely the law (UU) itself and regional regulations (perda).

However, it is different if the Perpres refer to a law when discussing sanctions, then according to Hasrul this is not allowed.

If in the presidential decree he immediately declares that there is an administrative sanction that has been mentioned, this is not allowed, but if in the presidential decree he declares that he will be subject to sanctions referring to the Article 14 of the Plague Law or the Plague Law. , it can still be allowed, Hasrul explained in a DW interview on Tuesday (23/2).

However, despite the sanctions contained in the presidential decree which he said was wrong, Hasrul pointed out one thing: that in law there is an emergency situation that allows the government to impose criminal penalties on citizens who refuse vaccines. , although with several important notes. .

There may be exceptions to the context where the community has the right to vote, it has confidentiality regarding its own health. But in a state of emergency that can be cleared, Hasrul said.

But what should be noted is that in the standard, the nature of the crime in this provision should not be punitive, but should be preventive in nature, Hasrul said. 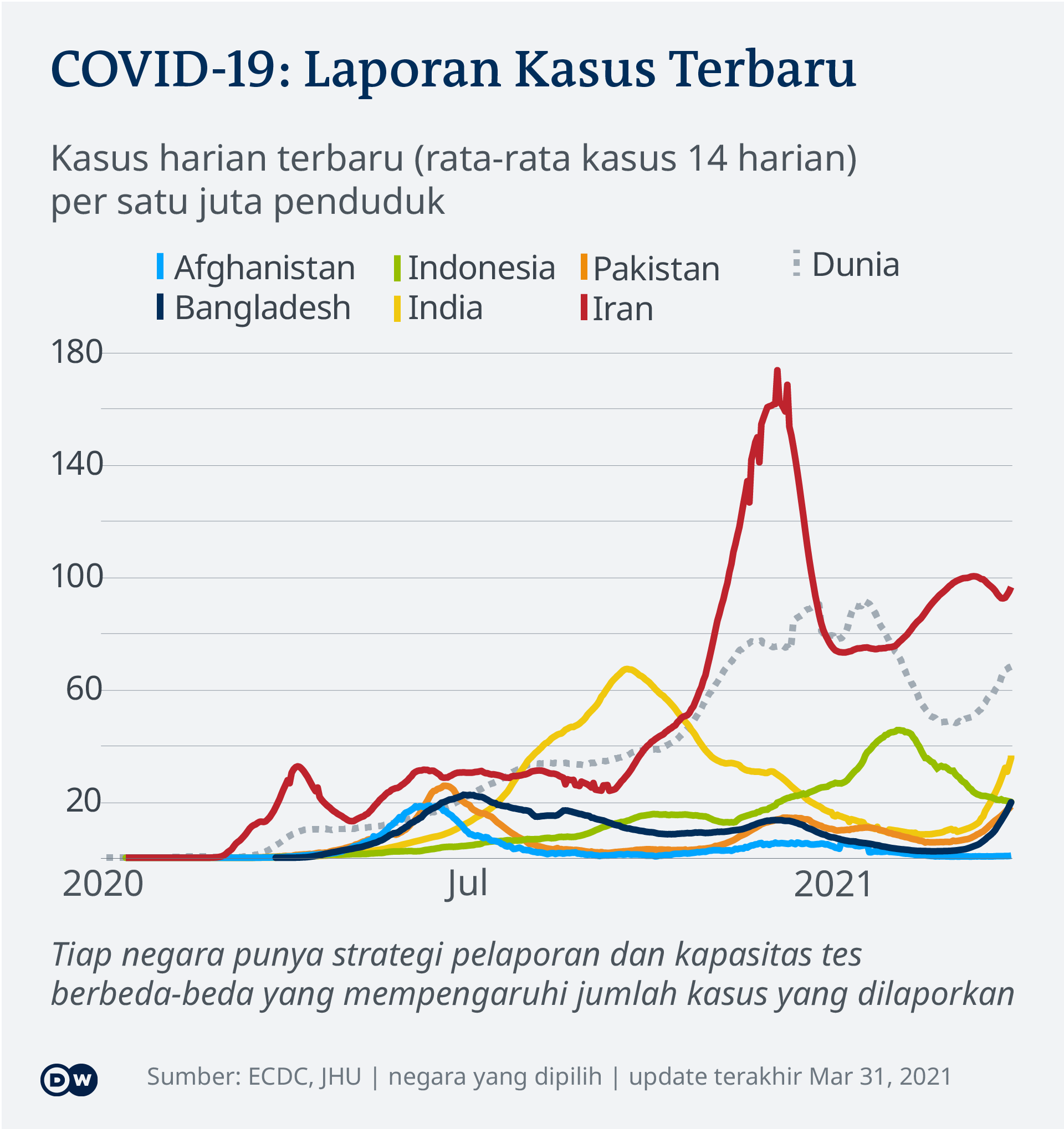 Data on new daily COVID-19 cases in several Asian countries per million inhabitants, as of February 17, 2021

On another occasion, the President of the Indonesian Health Law Society (MHKI), dr. Mahesa Pranadipa, MH also expressed his point of view. He said it was reasonable for the government to issue sanctions given that the graph of the addition of COVID-19 cases in the country showed no signs of abating. However, several points of the administrative sanctions contained in Presidential Decree No. 14/2021 have not escaped criticism, in particular the point of ending social security or social assistance, which would trigger new controversies.

Social security is compulsory, there are two social security, health insurance and job security. Those who cannot afford it will pose new problems if social assistance is not provided, Mahesa told DW on Tuesday (23/2).

Meanwhile, regarding the criminal penalties contained in the plague law, Mahesa said it would be more appropriate if penalties were given to those who openly urge others not to receive vaccines. Also, later the incitement contained information about hoaxes, so apart from the plague law, it could be the subject of hoax-related articles, in my opinion, it is more accurate, a he explained.

Apart from that, Mahesa stressed that vaccination is only one way to reduce the transmission of COVID-19. In addition to the need for community discipline, this effort, he said, must be balanced with supervision and also public education by the government.

So don’t just focus on sanctions, but public communication should be stepped up, because the fundamental question is why the public refuses to do so, Mahesa said.

It is also Karim’s hope. He felt the need to clarify whether the vaccine is really safe or not? Or to pay or not? He said: If it was really safe, people might well, but that’s relative. “