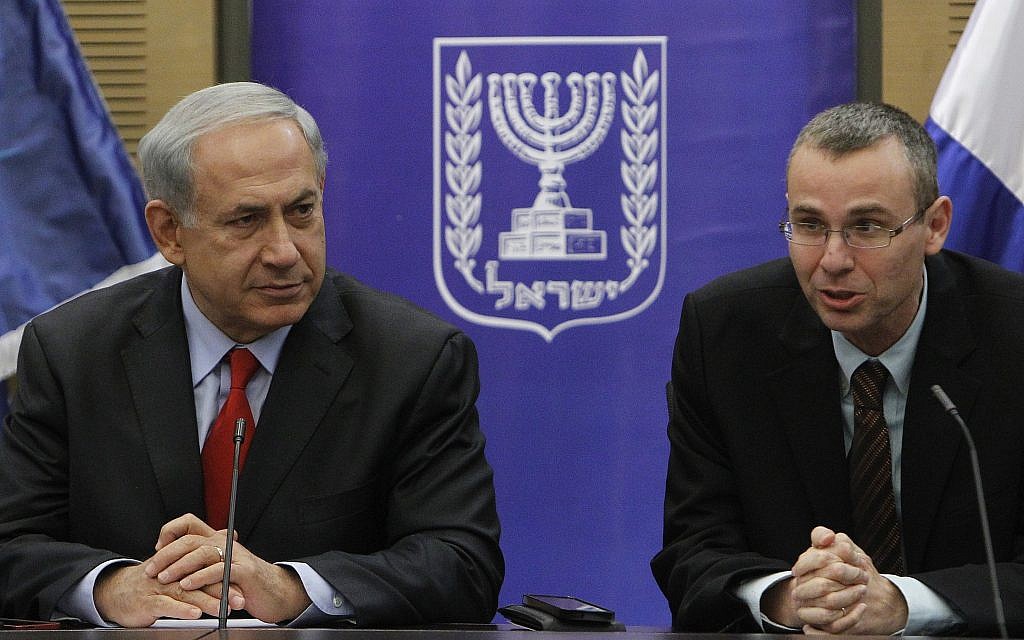 Two days before the national elections, Knesset Speaker Yariv Levin of the ruling Likud party on Sunday criticized the Central Election Commission as “biased” and its decisions as “illogical”, but denied that the remarks were part of a Trump-like plan to challenge the results. if Prime Minister Benjamin Netanyahu loses.

“There were unacceptable events in the previous election,” Levin told state broadcaster Kan. “Most serious was the committee’s relentless attempt to hide this, such as the failure to allow the disclosure of the protocols.

“The decisions of the head of the committee, Justice [Uzi] Vogelman, are one-sided, one-sided and completely illogical, ”he said, giving as an example the recent decision to ban the broadcast of a Netanyahu comedy skit that was considered election propaganda.

Levin said Likud was investing considerable funds to have monitors at nearly all polling stations for what he said was to ensure the integrity of the results. Critics have accused in the past that Likud poll watchers were trying to depress the anti-Netanyahu vote.

The interviewer then drew a parallel between these remarks and the rhetoric of former US President Donald Trump ahead of the November election, when for months ahead of the vote the outgoing president said that electoral fraud would be committed, and then argued without evidence that the election was “stolen”. from him.

“Not at all,” Levin replied. “Not only do I not think there will be any fraud, but I think there is no reason why fraud will be committed.”

When asked if Likud would accept an election result, Levin said, “We have always accepted the will of the voters and we will continue to do so.

Netanyahu also promised Thursday to accept the election results even if he loses.

“Of course, I will accept the results. What can I do, cry? he told military radio ahead of the country’s fourth national vote in two years on Tuesday.

His comment came a day after Yisrael Beytenu Party Chairman Avigdor Liberman claimed without evidence that Netanyahu was planning a riot similar to the January 6 insurgency on Capitol Hill led by Trump supporters who refused to accept. his electoral loss.

Liberman, a bitter opponent of Netanyahu, provided no evidence for the allegation, which was made in an interview with Channel 12. The accusation came after Likud supporters twice attacked militants in rival parties in recent weeks.

Netanyahu faces a difficult road to a coalition according to recent opinion polls. Although Likud is expected to win the most seats, polls have generally predicted a political stalemate after the election, with no party having a clear path to forming a majority coalition.

Even if the prime minister’s block of potential supporters gets a majority in the Knesset, it will most likely depend on Naftali Bennett’s Yamina party, who refused to pledge to follow the prime minister but also failed to say that he would go with the anti-Bloc Netanyahu.

Bennett insisted that he is running for prime minister himself, although he is only expected to win around ten seats in the 120-member Knesset. He is expected to ask a high price for his support, such as a power-sharing rotation deal.

Netanyahu has repeatedly stated that he will not agree to share the post of prime minister, and on Sunday Likud sources were cited by media as suggesting that Likud would be ready to bring Yamina into the ruling party, relinquishing to Bennett and his number 2, Ayelet Shaked, a future opportunity to run for Likud leader.

While this is an offer Bennett is likely to have gladly accepted several years ago, the chances of it happening in today’s environment, with Yamina as Kingmaker, are considered slim.

Opposition leader Yair Lapid’s centrist Yesh Atid party is expected to be the second-largest party, with around 18 seats, after Likud’s 30-32 seats, according to polls.

Besides Lapid, Netanyahu faces challengers to the right of Bennett and Gideon Saar’s New Hope party.

Saar has ruled out joining a coalition led by Netanyahu, unlike Bennett; both said they would not sit in a government led by Lapid.

The Islamist faction Ra’am, which votes at around four seats, has also not engaged in any potential coalition.

The election, the fourth in two years, was called after the power-sharing government of Likud and Blue and White failed to agree on a budget before the December 23 deadline. The election, like the three previous votes, is widely viewed as a referendum on Netanyahu’s regime, given his ongoing corruption trial, as well as his government’s handling of the COVID-19 pandemic.

I am proud to work at The Times of Israel

I’ll tell you the truth: life here in Israel is not always easy. But it is full of beauty and meaning.

I am proud to work at The Times of Israel alongside colleagues who dedicate their hearts to their work day in and day out to capture the complexity of this extraordinary place.

I believe our reporting sets an important tone of honesty and decency which is essential to understanding what is really going on in Israel. It takes a lot of time, commitment and hard work on the part of our team to achieve this.

Your support, through your membership in The Times of Israel community, allows us to continue our work. Would you like to join our community today?

Join The Times of Israel Community Join Our Community Already a member? Log in to stop seeing this

We’re so glad you read the X Times of Israel articles last month.

That’s why we come to work every day – to provide knowledgeable readers like you with must-see coverage of Israel and the Jewish world.

So now we have a request. Unlike other media outlets, we have not set up a payment wall. But because the journalism we do is expensive, we invite readers for whom The Times of Israel has become important to help us support our work by joining the Times of Israel community.

For as little as $ 6 per month, you can help support our quality journalism while enjoying The Times of Israel AD-FREE, as well as accessing exclusive content available only to members of the Times of Israel community.