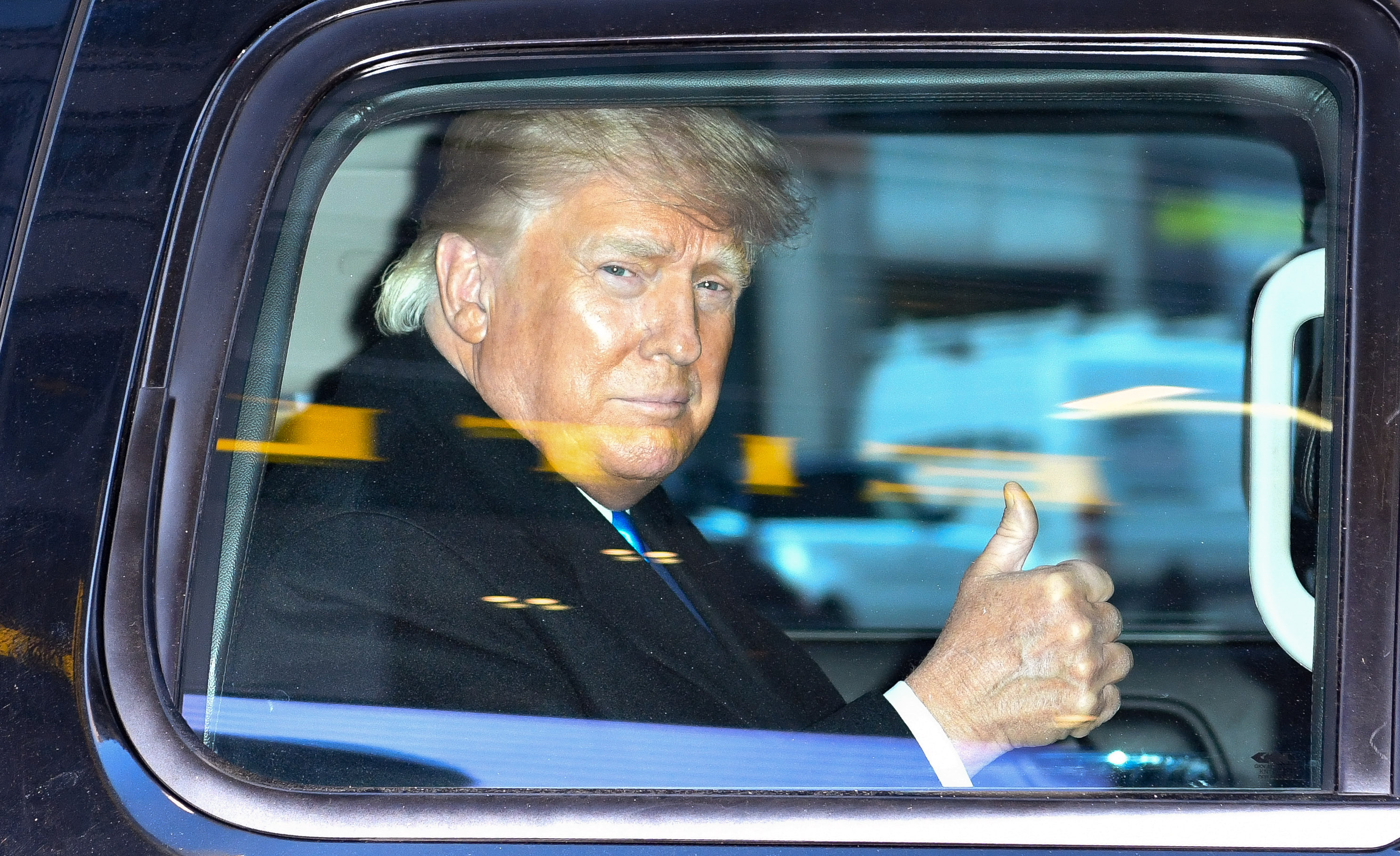 Former President Donald Trump is “highly unlikely” to be the Republican Party candidate for 2024 or make an offer to return to the White House as a candidate for a third opposition party, political scholar said .

This claim comes from Allan Lichtman, an emeritus professor of history at the American University known for his predictive model that accurately predicted the winner of seven of the last eight US presidential elections.

“He has over $ 400 million in loans due. His brand is failing. His businesses are failing. He has a huge IRS audit. He is no longer in office. He has lost his Twitter. That’s a lot of baggage for someone. run for president, ”Lichtman told Miami Herald columnist Andrés Oppenheimer, referring to Trump.

Lichtman co-created a system called “The Keys to the White House” in 1981 alongside Russian geophysicist Vladimir Keilis-Borok. The only time this failed was in 2000, when academics mistakenly predicted that Al Gore would become president.

The system was adapted from an earthquake forecasting model and contains a list of 13 true or false statements about an election, including mid-term gains, if there is lasting social unrest, the existence of a major scandal, economic conditions and more. A loss is usually expected if six of the 13 keys are against the holder.

“Never in the history of the United States has the White House party undergone such a sudden and dramatic turnaround in just a few months,” the professor said in October 2020.

Trump was defeated by Democrat Joe Biden the following month, and Republicans’ once-flourishing social media presence remained blunt after his suspension from Twitter and Facebook following the Jan.6 riot on the U.S. Capitol.

Lichtman told Oppenheimer that Vice President Kamala Harris was running for the Democratic Party in 2024 and that a second run for Biden was a possibility, despite his age.

“There is also no precedent in American history for having started the presidency at 78. But, as we know, precedents are meant to be broken,” he said.

Ultimately, Lichtman said it was still far too early to make a prediction, but claimed Trump had “too many other challenges” to be a viable candidate for 2024.

He told attendees at the time, “We started together four years ago and it’s far from over. And you know what it is? Hardworking people, hardworking American patriots hard, it’s only just beginning and in the end we will win. We will win. “