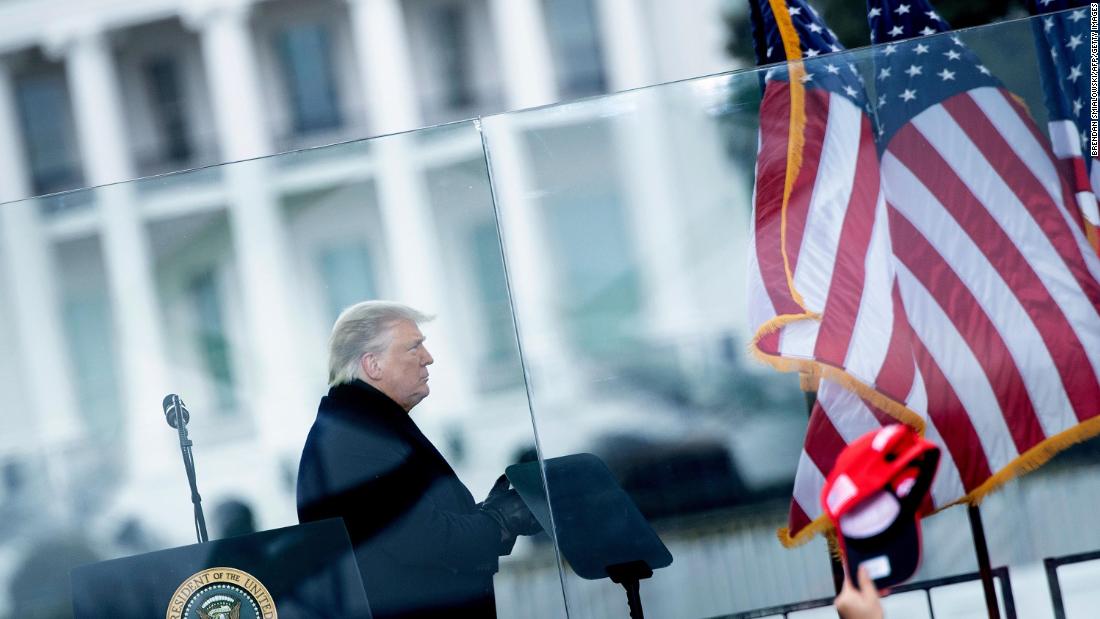 Michael Sherwin, the former acting U.S. District Attorney for DC, also said he believed sedition could be a charge against some accused of the Capitol Riot.

“It is unequivocal that Trump was the magnet that brought people to Washington on the 6th,” Sherwin said in response to a “60 Minutes” question about whether Trump was part of the investigation. “We have Ohio footballers who were arrested saying, ‘Well I did this because my president said I had to take our house back.’ This moves the needle in that direction. Maybe the president is guilty of these actions. “

Sherwin noted that other rioters admitted to going beyond the president’s speech.

Sherwin’s candid comments come as he leaves his post at the Justice Department, leading the Washington, DC prosecutor’s office and its sprawling investigation into the violence on Capitol Hill. He was appointed to this post during the Trump administration. Attorney General Merrick Garland and Sherwin’s successor, DC Acting U.S. Attorney Channing Phillips, did not directly question whether Trump would be investigated.

When CBS’s Scott Pelley asked Sherwin if investigators were looking at Trump’s role, Sherwin replied, “We have people watching everything, that’s right. Everything is under study.

No public official has been charged with crimes related to the Capitol Riots investigation, and prosecutors have so far focused on criminal prosecutions against rioters who violated Capitol grounds and members of the Capitol Riot. extremist groups who allegedly coordinated before the attack. Several of the defendants pointed the finger at the former president in court, saying they believed in his accusations of electoral fraud and had responded to his call to come to Washington and march to Capitol Hill to oppose the certification by the Congress election results.

There is no indication that a formal criminal investigation has been launched against Trump.

The former president, through a spokesperson, denied any responsibility.

Sherwin did not respond when asked why sedition was not yet alleged in one of the more than 300 federal criminal cases.

“I personally believe that the evidence points in this direction and probably answers these elements,” Sherwin said. “I believe the facts support these accusations. And I think as we move forward, more facts will support this.”

Sherwin said for weeks that federal investigators were looking to bring possible cases of conspiracy and sedition.

Some of the riot defendants are already facing conspiracy indictments approved by a federal grand jury.

While conspiracy charges in court allege coordination between defendants, sedition is a more specific criminal law – similar to treason or rebellion – which aims to respond to attempts to overthrow the US government. It carries a longer maximum sentence than conspiracy.

This story has been updated with additional details from the interview.