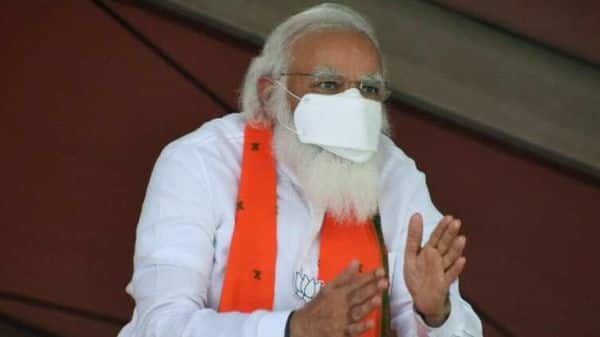 The Prime Minister will launch the campaign at 12:30 p.m. today via video conference.

Sharing the news on Twitter, Prime Minister Modi wrote: “Tomorrow, on World Water Day, the ‘Catch the Rain’ movement will be launched at 12:30 pm. This movement will take place across India on the theme “catch the rain, where it falls, when it falls.” This will strengthen the water conservation efforts that are taking place in our country. “

Tomorrow, on the occasion of World Water Day, the “Catch the Rain” movement will be launched at 12:30 pm. This movement will take place across India on the theme “catch the rain, where it falls, when it falls.” This will strengthen the water conservation efforts underway in our country.

According to a statement from the Prime Minister’s Office (PMO), the campaign will be carried out across the country, in rural and urban areas, on the theme “catch the rain, where it falls, when it falls”.

It will be implemented from March 22 to November 30 – pre-monsoon and monsoon period in the country.

“The campaign will be launched as Jan Andolan to promote water conservation at the local level through the participation of the population. It aims to encourage all stakeholders to create rainwater collection structures adapted to climatic conditions and subsoil strata, in order to ensure adequate storage of rainwater, ”the statement read.

Besides the launch of the campaign, Prime Minister Modi will attend the signing of the Memorandum of Understanding (MoA) between Union Minister Jal Shakti and Chief Ministers of Madhya Pradesh and Uttar Pradesh to implement implements the Ken Betwa Link project, the first project of the National Perspective Plan for the Interconnection of Rivers.

“The agreement heralds the start of interstate cooperation to implement the vision of former Prime Minister Atal Bihari Vajpayee to transport water from areas with surplus water to areas prone to drought and drought. water deficit, thanks to the interconnection of rivers. This project involves the transfer of water from the Ken to the Betwa River through the construction of the Daudhan Dam and a canal connecting the two rivers, the Lower Orr Project, the Kotha Dam and the Bina Complex Multi-Purpose Project, ”said the communicated.

The project will be of immense benefit to the water-poor Bundelkhand region, especially for Panna, Tikamgarh, Chhatarpur, Sagar, Damoh, Datia, Vidisha, Shivpuri and Raisen districts of Madhya Pradesh and Banda, Mahoba , Jhansi and Lalitpur from Uttar Pradesh

This will pave the way for greater interconnection of river projects to ensure that water scarcity does not become a brake on the country’s development, he added.