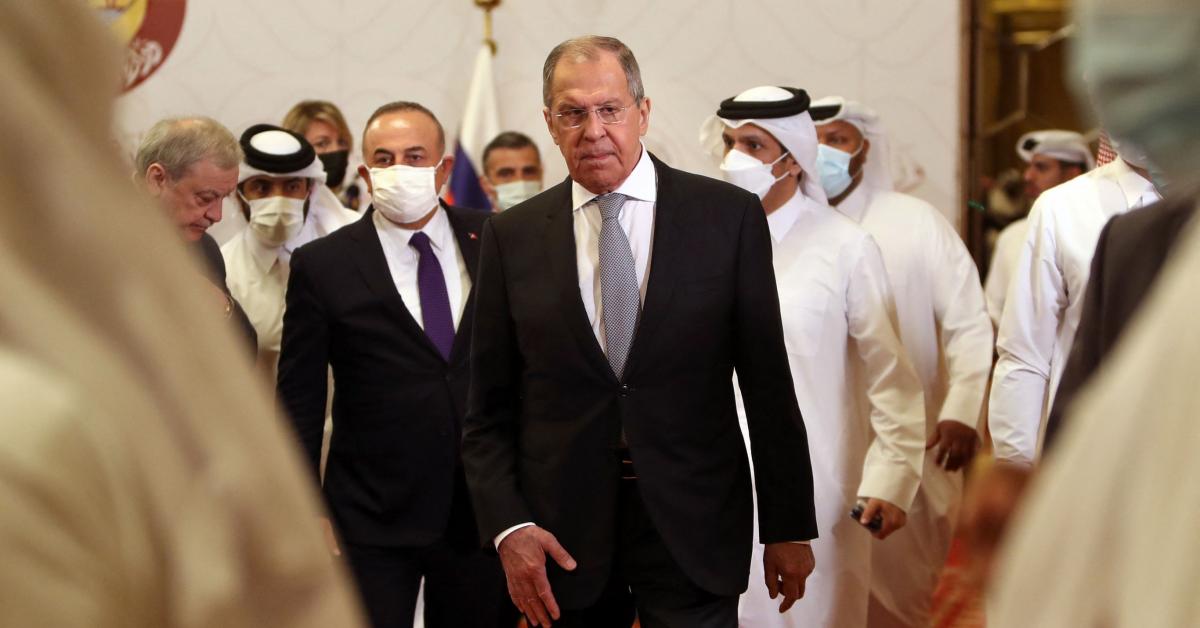 The visit of Russian Foreign Minister Sergey Lavrov to the United Arab Emirates, Saudi Arabia and Qatar from March 9 to 11 took place against a backdrop of uncertainty among these states as to their future relations with the new American administration, which rethinks many of President Donald Trump’s approaches to Middle Eastern Affairs. In this context, Moscow seeks to remind the main Arab monarchies of its desire to fill the possible “void” that could arise if their links with Washington stagnate, both in the field of security and in the military-technical and military-political spheres. .

On the other hand, Moscow has demonstrated particularly to Saudi Arabia and the United Arab Emirates its adherence to taking into account their interests in the region and focusing on promoting joint economic programs. Russia also clarified that the basis of its partnership with Ankara, the main regional rival of Abu Dhabi and Riyadh, is not common geopolitical interests, but above all mutual benefit. This interaction will last as long as the parties can receive dividends from it. Thus, Russia will also consider any form of strengthening ties with the United Arab Emirates and Saudi Arabia, which could compete with major Russian-Turkish projects.

This is probably why Lavrov’s visit to Saudi Arabia coincided with the television broadcast (with the participation of Russian President Vladimir Putin and Turkish President Recep Tayyip Erdogan) of the opening of the Akkuyu nuclear power March 10 plant, built by Russian specialists in Turkey. Russia offers the Gulf countries the opportunity to develop their own nuclear power with the help of the Russian monopoly Rosatom, as Ankara has already done. In addition, Moscow, which has delivered its S-400 anti-aircraft missile systems to Turkey, has also repeatedly indicated to Saudi Arabia and the United Arab Emirates that if they are interested, they are willing to sell them these. systems.

At the same time, while Lavrov’s visit to Saudi Arabia went generally without incident and was largely a matter of protocol, “the visit of the head of the Russian Foreign Ministry to Abu Dhabi can be seen as a landmark event mainly linked to the Syrian track of Russian foreign policy.

In particular, following discussions with Lavrov, UAE Foreign Minister Sheikh Abdullah bin Zayed al-Nahyan said he called for the gradual return of the Syrian regime of Bashar al-Assad to the Arab League. . He noted, however, that this will also require efforts from both the Syrian side and members of the Arab League. More importantly, the UAE foreign minister disagreed with the US approach in Damascus. He called the Caesar Act and the sanctions against Damascus a “big obstacle” to coordination and cooperation with Syria, which the UAE would like to develop. The UAE has already restored diplomatic relations with Syria.

Such statements from the United Arab Emirates have confirmed the importance of Abu Dhabi as Moscow’s key partner in the Middle East. We should probably expect further steps from Russia and the Emirates to overcome or bypass the sanctions against Syria. Russia would like to attract Emirati funds to restore the destroyed Syrian economy and the country’s infrastructure.

In particular, Russia and the UAE could use the “Kurdish factor” in Syria to create offshore areas. We are talking about northeastern Syria, which is under the control of the Syrian Kurdish-Arab Democratic Forces (SDF). Abu Dhabi has fairly close links with these formations, as does Russia, which plays the role of mediator in the negotiations between the Kurds and the Assad regime. This is not to say that Russian and Syrian troops (as well as American troops) are also stationed in areas under the auspices of the SDF on the basis of the Sochi memorandum. At the same time, some towns (like Qamishli) are under the mixed control of government forces and the Kurds. This creates an opportunity for the creation of “gray areas” in those areas where Emirati companies could operate without falling under Caesar law, and their funds and services could also be used in Damascus.

Another such “zone” could be southern Syria, where “reconciled opposition” forces are still operating; part of it became part of the pro-Russian 5th Syrian Corps. Many opposition fighters in those areas also have ties to the United Arab Emirates, which supported them during the conflict and helped to strike reconciliation deals with the Russian military and the Assad regime. Therefore, the creation of a special zone in southern Syria, from which it would be possible to oust pro-Iranian formations and where the main role would remain with the reconciled opposition, would be in the interests of the security of the country. ‘Israel, and therefore would not arouse opposition from the United States regarding the placement of UAE investments in that country.

In general, Lavrov’s visit to the UAE confirmed that the two countries have similar assessments of the situation in the Middle East. Apart from Syria, the positions of Moscow and Abu Dhabi are also close in the Libyan case. Here it is enough to mention the more and more frequent reports UAE possibly funding private Russian military companies in Libya. Russia also sees the UAE as an important element in the fight against radical Islamism and terrorism in the region. Therefore, the expansion of the military presence of the UAE armed forces and the establishment of a network of UAE military bases in the countries of the region are viewed positively by the Russian side.

At the same time, the results of the Lavrov talks in Qatar also deserve special attention. Here, Russian diplomacy has shown its ability to “sit on several chairs” and after the UAE’s decisive statements on Syria, it has found something to offer the UAE’s main competitors for influence in the region. namely Qatar and Turkey.

For example, a regular trilateral meeting of the foreign ministers of Russia, Turkey and Qatar was held in Doha, during which it was decided to give these contacts a regular character and create another format. “Triple” for the Syrian settlement of these states. Although the Syrian Moscow-Ankara-Doha “troika” acts only at the level of heads of foreign affairs agencies, and not heads of state as happens with the Moscow-Astana 1 “trio” Ankara-Tehran, there is always a large area here to fill this interaction with practical content.

According to Lavrov, the trilateral consultations between Russia, Qatar and Turkey on a Syrian settlement do not replace the work in the Astana format, but complement it.

This format (Russia-Qatar-Turkey) has been in existence for over a year. Our representatives have met at least three times to exchange views on how to help resolve the Syrian crisis in accordance with [UN Security Council] Resolution 2254. And, of course, it does not replace the Astana format in any way, it complements it, Lavrov said during her visit.

Perhaps the most promising area of ​​work for this “troika” could be the provision of assistance to Syrian refugees, which was also at the center of the discussions. Specifically, it would be in Turkey’s interest to attract Qatari funds to build infrastructure for Syrian displaced people in Idlib, Afrin and in Turkey’s Operation Peace Spring area. It would also allow some of the Syrian refugees in Turkey itself to be returned to those territories. At the same time, Moscow, while declaring the need to return all of Syria to the government in Damascus as soon as possible, is not really opposed to supporting displaced Syrians in areas controlled by the opposition. In response, the Russian side would like part of the funds to be redirected to areas controlled by the Syrian regime, so that conditions can be created there for the return of Syrian refugees, mainly from Lebanon and Jordan.

In addition, the creation of such a format is also a sure signal for Tehran, whose participation in the “Astana troika” has become an empty formality.

During Lavrov’s visit to Doha, attention was also paid to the development of Qataro-Russian economic relations. Qatar is a major investor in the Russian economy. It is important for Russia that the investments of the Qatari sovereign wealth fund be directed not only to the oil production sector (Rosneft company), but also to transport, logistics (Pulkovo airport in Saint Petersburg), agriculture and distribution chains, etc. Moscow is interested in developing such cooperation.

Yet the Syrian agenda still prevails in official Russian meetings with representatives of the Persian Gulf monarchies. Without the “Syrian case” of common interests, Moscow and the Gulf capitals would have much less in common. Russian diplomacy must therefore continue its efforts to free its agenda in the Middle East from the “shackles” of the Syrian campaign, otherwise Russia’s importance as a regional actor will diminish. Moreover, under such conditions there can be no question of trying to compete with the United States for influence in the region.