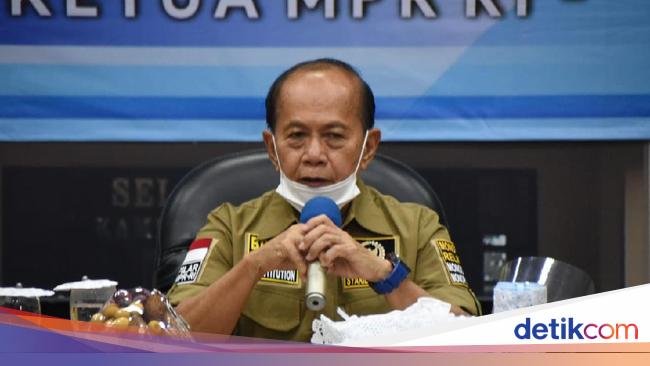 Jakarta – Deputy Speaker of the Indonesian People’s Consultative Assembly of the Democratic Faction, Syarief Hasan, supported the steps taken by Indonesian President Joko Widodo to urge the Burmese military to end all forms of violence. Indeed, violence has claimed victims and has had a negative impact on democracy.

Syarief Hasan explained that the measures taken by Jokowi were a concrete manifestation of Indonesia’s role in maintaining the stability of the world community and democracy, especially in the ASEAN region.

“From the start, Indonesia has been there to defend and fight for the country or the oppressed communities in different parts of the world,” Syarief said in his statement on Monday (3/22/2021).

He said the violence in Myanmar after the military coup had attracted the attention of other countries. This is what prompts other countries to urge Myanmar to end forms of violence against protesters.

“We certainly fully support President Jokowi who called for an end to the use of violence against protesters in Myanmar. This is because the safety and well-being of the people and the maintenance of democracy are the key main priorities, ”he explained.

This member of the I DPR RI Commission who is in charge of foreign affairs also referred to Jokowi’s steps as a form of implementation of a free and active foreign policy.

“Indonesia must play a role as stipulated in the preamble to paragraph 4 of the 1945 Constitution of the Republic of Indonesia, namely to participate in the implementation of the world order,” he said. .

Regarding the situation in Myanmar, Syarief also expressed concern over the loss of life due to violence during the demonstration against the coup in Myanmar. According to him, violence should not be exercised since the demonstrators have only expressed their opinion.

“We are of course very concerned about the fall of the victims as a result of this violence. The use of violence against the demonstrators should not have happened because they are only conveying their aspirations and their criticisms in accordance with the principles of the democracy respecting human rights “, he explained.

Syarief Hasan also explained that the coup against political parties was almost the same as the coup in Myanmar. Indeed, both have an impact on the sustainability of democracy.

“A coup like this could set a bad precedent for the democratic climate developing in Indonesia,” he said.

Therefore, he hopes that the president can be firm and consistent in maintaining democracy and foreign policy against the coup in Myanmar.

He also called for this policy to be systematically applied in the country, especially against those who undermine democracy in Indonesia, like what happened to the Democratic Party.

“As the vice-chairman of the MPR RI of the Democratic Party led by Ketum AHY, he supports President Jokowi to be firm in his relations with the people who are destroying the democracy in Indonesia which is already functioning well,” he said. -he declares.

According to him, a coup against a political party should not take place, especially if it involves elements of government circles.

“A coup like this could set a bad precedent for the democratic climate developing in Indonesia,” he concluded.