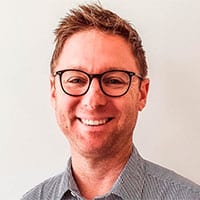 Last week, US President Joe Biden joined his Japanese, Indian and Australian counterparts at the Quadrilateral Security Dialogue (or Quad) summit. This informal grouping remains the most powerful group of countries focused on tackling the security, economic and geostrategic challenges posed by China. Canada may not have been there, but there is ultimately a growing awareness among political parties and society in general that China’s actions demand that we stand up and stand together.

Under Xi Jinping, China has global superpower ambitions that involve undermining the international order founded by the United States, Canada and other allies after World War II. International institutions like the World Health Organization (WHO) should be co-opted, while international laws and standards governing the law of the sea in places like the Taiwan Strait and the South China Sea should be ignored. Moreover, any foreign government that obstructs China’s interests quickly becomes a road assassination under the economic and (increasingly) military might of Beijing.

Canada has already had a taste of Xis medicine with the kidnapping of citizens Michael Spavor and Michael Kovrig in December 2018 following the detention on US extradition request of Meng Wanzhou, vice president and chief financial officer of Chinese telecommunications giant Huawei, a few days earlier. The years that followed saw import bans on canola, restrictions on lobster from the Maritimes and clandestine seizure of at least 100 tonnes of personal protective equipment in the early stages of the COVID-19 pandemic, to name a few.

Any attempt to create a cohesive anti-bullying strategy in Beijing was undermined by the paradoxical belief that a unique blend of Trudeau family history, international power and business connections in the Laurentians would lead to a flowering of relations between the Canada and China. Sadly, this turned out to be a shaky basis for engagement with a China that was more authoritarian, protectionist, and aggressive than the last time the Liberals were in power in the early 2000s.

It is up to civil society to push against this visionless approach from Ottawa. In a recent study released by the Macdonald-Laurier Institute last October, we argued that Canada is following the lead of its Commonwealth cousin and Quad member Australia, and taking a stand against bullying and violations. of human rights in China. This contribution is one of many such calls for Canada to go behind the scenes.

These efforts, combined with a growing awareness of China’s belligerence following the Kovrig and Spavor kidnappings, have led to a shift in public opinion. In June, four out of five Canadians expressed the conviction that Ottawa must speak out against human rights violations in China. A similar number believe that we should be even more optimistic, especially on issues of our national values. Only seven percent have even a moderately positive view of the PRC regime.

Acting on this groundswell, the House of Commons voted unanimously (notwithstanding abstentions and the blatant absence of almost all of the Trudeau cabinet) to support a non-binding motion qualifying Beijing’s mistreatment of its Uyghurs and other Muslims of Turkish genocide. This multi-stakeholder support was an important change and an important step. Even former Prime Minister Stephen Harper, whose government in his last years in office oversaw the introduction of a foreign investment deal with China, has warned that Beijing is now a competitive rival against Western interests.

FROM THE ARCHIVES: Canada must stand up to China by Erin OToole

Yet despite the emergence of such a strong consensus, Ottawa continues to deal with China indecisively. Welcomed ad hoc efforts such as the recent coalition countries opposed to arbitrary detention are offset by actions like the Liberal caucus and cabinet split over the Uyghur motion, or the bizarre 2020 Ambassador Dominic Bartons pushing for more Trade ties at a time when a distant world, the UN ambassador Bob Rae called for an investigation into China’s treatment of Uyghurs.

With the international community in action and the political and public spheres in Canada in political unison, Ottawa should finally turn this broad support for a coherent China strategy into concrete action. China, after all, does not respect weakness.

It begins with the revitalization of a Canadian vision in the Indo-Pacific, identifying areas in which Canada can be a significant partner for other countries in the region, such as Australia, which are more assertive in their approaching China. Canada is unlikely to be taken seriously today as a potential member of an enlarged Quad, but it can move towards greater integration, perhaps as an observer.

Following Australia’s approach, we recommend that Ottawa ban Huawei; review the Canadian interpretation of the one-China policy in Taiwan; review our involvement in international organizations, just as Australia has done (and possibly cancel funding if Beijing’s interference continues); dissociate Kovrig and Spavor from other problems; and adopt a new coordinated strategy for China with provinces, territories and municipalities. A broader Commonwealth alliance with Australia, New Zealand and the United Kingdom (CANZUK) to deal with Beijing’s crackdown on Hong Kong should also be considered.

It is important to stress that these actions are directed against the Chinese Communist Party. As Australia has experienced, a strategic and firm stance against coercion from Beijing will not be without challenges. Retaliation is almost guaranteed, but it shouldn’t be difficult for Canada. This is more difficult for Australia where China accounts for half of all exports, compared to less than 4% for Canada, and is making inroads into areas of Canberras’ sphere of influence, notably Melanesia and the South Pacific.

Simply put, there is more at stake for Canberra than Ottawa. Still, that hasn’t deterred Australians from facing Chinese bullying. Likewise, the threat of retaliation from China should not be used as an excuse for Canada to continue its timid approach to China. The time to chart a new course begins now.

Andrew Pickford works between North America and Australia in the areas of strategy, economic analysis and energy with a range of organizations, private and public. Jeffrey F. Collins is a fellow of the Canadian Institute of Global Affairs, as well as a research fellow at the Center for Security and Development Studies at Dalhousie University and at the Center for Defense and Security Studies at the University. of Manitoba. The comment was submitted by the Macdonald-Laurier Institute.

Andrew and Jeffrey are among our thought leaders. For maintenance requests, Click here.

Andrew Pickford works between North America and Australia in the areas of strategy, economic analysis and energy with a range of organizations, private and public. He has particular expertise in natural gas markets, electric utilities, industry-driven applied research, and business and government reform and transformation in times of turbulence.

‘No problem believing that’: Joe Biden says VP Kamala Harris is ‘smarter’ than him and she agrees