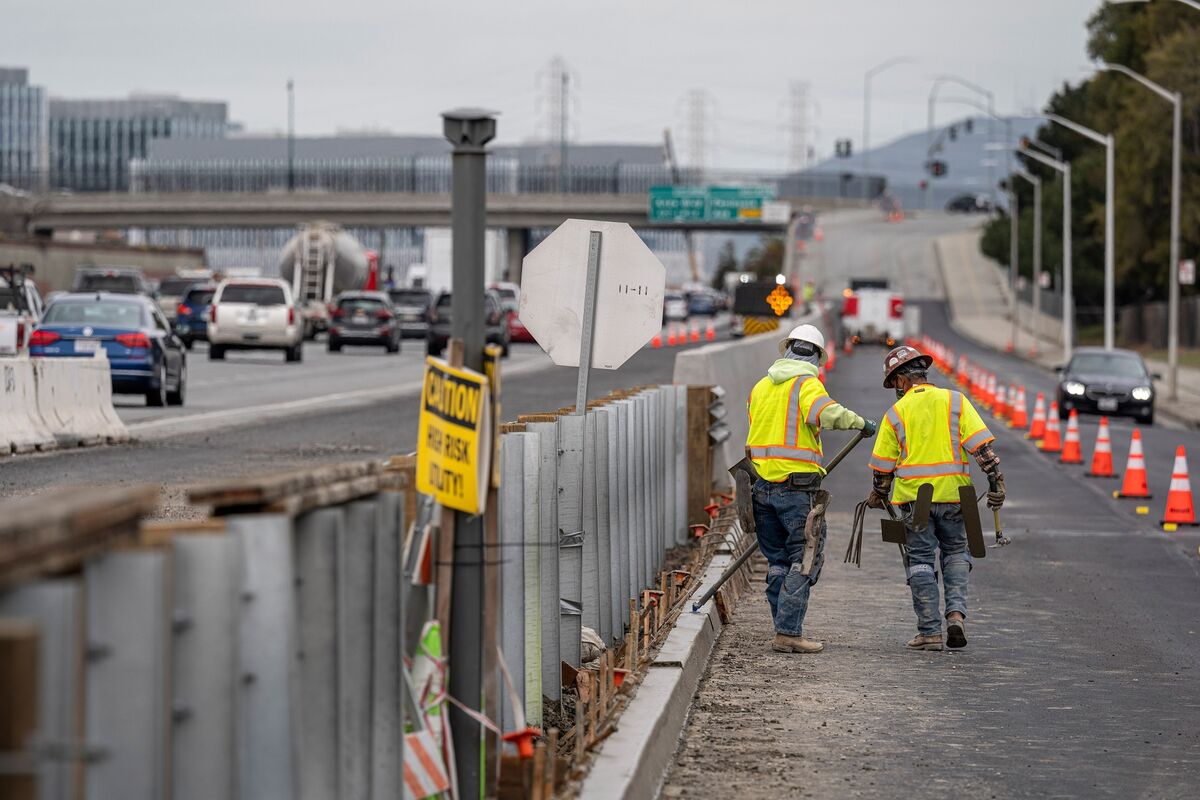 President Joe Biden is betting that a multibillion-dollar economic plan focused on infrastructure spending will do more than strengthen a US economy hammered by the coronavirus pandemic: it will keep his country competitive against China for decades to come to come up.

“If we don’t move, they’re going to eat our lunch,” Biden told lawmakers in a pitch for his proposal shortly after his call last month with Chinese President Xi Jinping. “We just need to step up.”

Biden’s advisers will present him with a detailed plan proposal this week that could cost as much as $ 3 trillion, according to three people familiar with the deliberations. Infrastructure and climate change have long been portrayed as key efforts in the ongoing agenda, and new details show the administration is considering some $ 400 billion in so-called green spending, one of the people said.

Even if he gets all he asks for, catch until China on infrastructure will not be easy.

While US officials have promised an imminent “infrastructure week” since the Trump administration began, China has been moving forward for years. In February, Xi’s government presented a 15-year plan for the country’s transportation network. It pledges to expand China’s rail network from 146,300 kilometers (91,000 miles) in 2020 to around 200,000 kilometers by 2035, enough to circle the equator more than five times.

The plan also calls for the addition of 162 new civilian airports, following the opening of the new $ 11 billion Beijing International Airport last year.

In contrast, the United States has only built one major airport – Denver International – since the mid-1990s. And on rail, even a bipartisan effort to build the much-sought-after “Gateway” rail tunnel between New York City. and New Jersey – which is part of the busiest rail line in the United States – has failed in recent years.

China’s infrastructure efforts are not limited to China. Since Xi launched the Belt and Road Initiative in 2013, theworld Bank valued China has built or has pledged to build $ 575 billion worth of power plants, railways, roads, ports and other projects across the world, from Sri Lanka to Greece. Morgan Stanley in 2018 mentionned total spending for this effort could reach $ 1.3 trillion by 2027.

Biden hopes to start leveling the playing field. If he can win support for his plan in a deeply divided Congress, there is certainly no shortage of projects to work on.

The United States started all of their infrastructure very early on, but much of it is now aging or dilapidated. According to the American Society of Civil Engineers 2021 Infrastructure report sheet, 43% of US public roads are in poor or poor condition, and 42% of the country’s 617,000 bridges are at least 50 years old. About 7.5% of them are considered structurally deficient.

“The United States enters what could be a decades-long competition in which economic and technological power will matter as much, if not more, than military might, ” Jonathan hillman, a senior researcher at the Center for Strategic and International Studies, wrote last month. “Starting this race with decaying infrastructure is like lining up for a marathon with a broken ankle.”

The engineering report does not go into another challenge that could have a decisive footprint on competitiveness between the United States and China: technological infrastructure.

The United States is still mired in domestic political debates over how to deploy broadband technology across the country. According to the Federal Communications Commission, more than a third of Americans living in rural areas still do not have broadband access. Money to help close that gap should be part of any new US proposal.

Despite Biden’s impulse to push for big spending, the track records of recent presidents suggest he is unlikely to be up to the task.

Donald Trump, a real estate developer who was touted as a potential ‘president builder’ when he arrived in Washington, proposed a $ 1 trillion infrastructure plan – funded mostly by private investment – that was never approved .

President Barack Obama has pledged to bet big on high-speed rail as a tool to help the United States come out of the 2008 financial crisis. He spoke often during his first term of developing a rail network that could grow to compete with the interstate highway system and included $ 8 billion in its 2009 economic stimulus package for high-speed rail lines. But Republican governors in states like Ohio, Wisconsin, and Florida have rejected the money, and a decade later, a line in California to which most of the rejected money has been funneled is still no. than in its early days.

“Ready to shovel was not as ready as we hoped,” Obama said in 2011, reflecting on his difficulties in harnessing infrastructure projects to jumpstart the economy.

The example of China

Meanwhile, China has had access to cheaper labor, engineering prowess, and experience in massive infrastructure projects, both at home and abroad. It has also had the advantage of building much of its infrastructure from scratch over the past decades as its economy boomed, with little tax control and less protections for workers, the environment or property rights.

The government has long relied on heavy infrastructure spending to stimulate the national economy and, more recently, to generate international support by investing or providing aid abroad.

These spending helped shield the Chinese economy from the effects of the 2008 global financial crisis and again limited the decline in growth after the coronavirus pandemic struck last year. However, reliance on building roads, railways and airports to support growth also drives up debt, with some of that money going to unnecessary infrastructure and uneconomic mess. .developments.

The World Bank valued in 2019, only a sixth of China’s high-speed rail lines were making enough money to cover their operating costs and cover construction debts. ThisThe problem is likely to increase with the plan to build even more, as the new lines will mainly be in the poorest and less densely populated areas of the country where demand is lower.

Xi also faces a set ofthe demographic challenges his government will struggle to meet as the population ages; and the country’s previous one-child policy means there aren’t as many workers to replace retirees.

“In the years to come, the country will be on a downward demographic slope with an increasingly heavy debt burden and a difficult outlook for improving the productivity of its workers,” said Ryan Hass, former director of China on the council. National Security Officer and author of “Stronger: Adapting America’s China Strategy to an Era of Competitive Interdependence.” “

It may help give Biden an opening to push back Beijing’s attempt to dominate the 21st century.

“If the United States is making progress in solving some of its own problems, including its infrastructure deficit, it will remain very competitive against any challenger, including China, ”Hass said.

– With the help of James Mayger and Saleha Mohsin