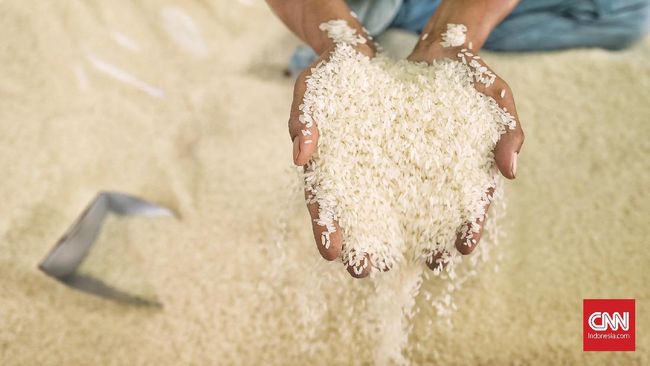 The government plans to turn on the tapimport 1 million to 1.5 million tonnesrice in the near future. Minister coordinating economic affairs Airlangga Hartartoargued that this was done in order to maintain its availability in the country so that the price remains under control.

However, soon after the speech was broadcast, a wave of resistance came not only from farmers, observers, academics, but also government officials.

“The BPS data shows that March, April, May are in surplus. That’s what we use as guidelines. So when we take coordination meetings (limited coordination meetings), we don’t decide on imports. Only, according to the policy of the Coordinating Minister and Minister of Commerce, we were finally given a boost to carry out imports, ”Buwas said some time ago.

Despite opposition, Minister of Commerce Muhammad Lutfi did not hesitate. He remains in his sights; rice imports are needed to alleviate the government’s shortage of rice reserves (CBP) at Bulog which is expected to be 1 million tonnes.

In order not to harm farmers, Lutfi promised that imports would not be made during the main harvest. He also pledged to be prepared to be dismissed from his post if it turned out that the rice import policy was wrong.

“I have to think about the unthinkable, I have to make decisions about unpopular decisions, I face them. If I am wrong I am ready to stop, there is no problem, but my job is to think about what you and my mom don’t, ”Lutfi said.

Economist Indef Nailul Hudam said it was time for President Joko Widodo (Jokowi) to “come down the mountain” by overcoming differences in the rice import controversy.

This solution, Huda said, had to be taken because the difference of opinion between the two sides apparently could not be eliminated by Minister of Economic Coordination Airlangga Hartarto.

In fact, the determination of imports is determined in a limited coordination meeting at the level of the coordinating minister by referring to the same data source, namely the data of the Central Statistics Agency (BPS).

But apparently the Minister of Commerce has other sources of data to consider, namely CBP and potential depreciation due to degradation in quality. According to Huda, the issue of references and data discrepancies should be resolved in a limited meeting at the coordinating minister’s level.

“This data problem should have been solved at the level of the economic affairs coordination ministry, but it seems that Pak Airlangga cannot solve this problem. Or it could be that Pak Airlangga has other interests,” Huda told CNNIndonesia.com, Monday (22/3).

Remove the minister from the game

READ THE NEXT PAGE

‘Sheikh Mujibur Rahman, one of the greatest leaders of the subcontinent,’ said Prime Minister Modi