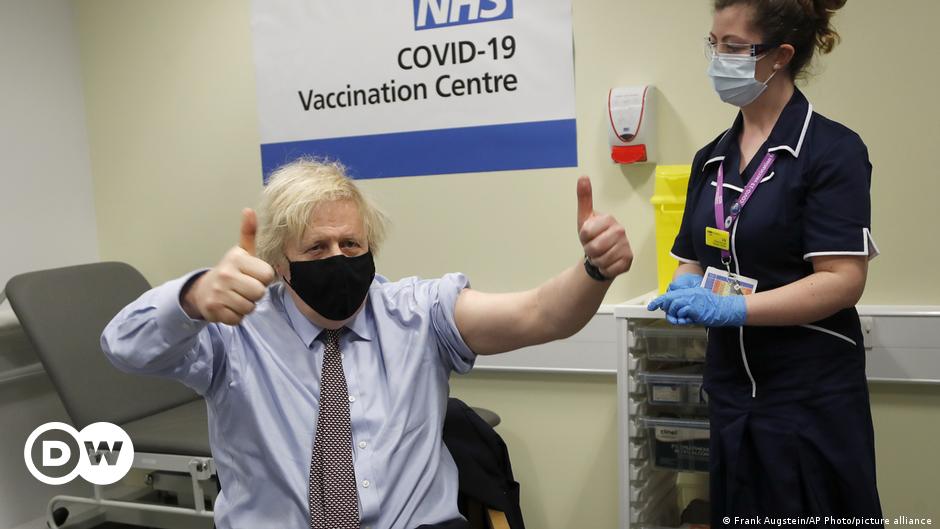 British Prime Minister Boris Johnson said on Monday he was “reassured” after speaking with EU leaders over exports of coronavirus vaccines.

The European Union and the United Kingdom have clashed over the export of jabs and their components. The dispute is fueled by post-Brexit tensions and the slow rollout of vaccines in EU member states.

“I take comfort in speaking to EU partners over the past few months, they don’t want a blockade, I think that’s very, very important,” Johnson said.

The British leader is said to have discussed the issue with German Chancellor Angela Merkel and French President Emmanuel Macron on Sunday.

What is the line about?

Von der Leyen said the bloc exported at least nine million doses to the UK, but Britain did not export any to the EU.

The EU Council had previously accused Britain of blocking jab exports, calling it “vaccine nationalism”. But the UK has denied the allegations.

Britain wants delivery of a drug substance produced in the Netherlands, which AstraZeneca has listed in the two contracts signed with the EU and the UK, according to the Reuters news agency.

An EU official reportedly blamed a pharmaceutical company for the dispute with the UK.

“The UK is not to blame. The EU is not to blame,” an EU official told Reuters. “Everyone has to find an agreement with a company that has over-sold its production capacity.”

Eric Mamer, chief spokesperson for the European Commission, said the bloc’s position was that they “expect AstraZeneca to deliver the doses to the European Union that have been contracted. Contacts are in progress. course with the company “.

The EU insists that AstraZeneca deliver the 90 million doses contracted.

EU leaders are expected to discuss a possible vaccine export ban on Thursday.

Irish Prime Minister Micheal Martin warned on Monday that an EU blockade on vaccines for Britain would be “a very backward step”.

Meanwhile, France has fully supported von der Leyen’s threats, according to reports. And Germany should also be in favor of the proposal of the head of the European Commission.

The Netherlands, on the other hand, appears to be in favor of reaching a deal to end the dispute. A Dutch official told AFP news agency that a ruling against exports would be “a losing scenario”, urging the EU and UK to negotiate instead of a hard ban.

An EU spokesperson said the bloc was in talks with Britain.

EU-backed Italy has stopped around 250,000 doses of AstraZeneca leaving for Australia earlier in March. Rome then argued that AstraZeneca had not supplied enough vaccines for Europe.

How Turkey ended up docked in the United States