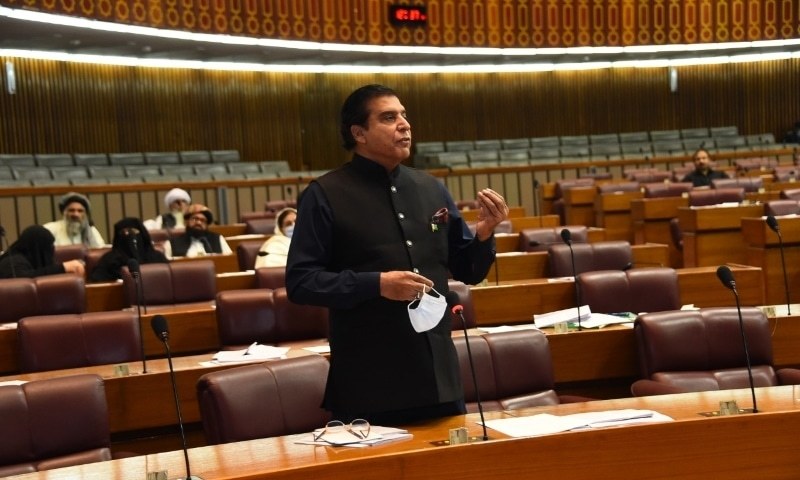 ISLAMABAD: Describing Prime Minister Imran Khan’s initiative to receive direct phone calls from the public (in a telethon) to resolve their issues as an attempt to seek political mileage, the opposition in the National Assembly asked him Friday to answer questions from lawmakers who represented the 220 million Pakistanis.

In addition, the opposition criticized Aviation Minister Ghulam Sarwar Khan for what it said tarnished the image of Pakistan, its national carrier Pakistan International Airlines and its pilots by making a false statement regarding the ineligibility of the pilots, because the declaration of the ministers did not correspond. the written responses given by his ministry to the assembly.

The session was then adjourned until Monday evening, when a member of the opposition pointed out the quorum amid low turnout from members, especially ministers who stood out for their absence at a time when they were supposed to answer questions from members.

Minister grilled for damaging image of country, PIA and pilots around the world

Referring to the Prime Ministers ‘telethon initiative, Pakistan People’s Party (PPP) MK Shahida Rehmani asked why Mr. Khan answered callers’ taped questions instead of coming live in a telethon that broadcast a second time in the recent past. The Prime Minister represents the entire nation and the nation was humiliated when she learned that the PM telethon was not live but recorded, she added.

Oddly enough, she added, the phone number given to people to call PM Khan was actually the fax number of the Pakistan Election Commission.

Speaking, former prime minister and top PPP lawmaker Raja Pervez Ashraf said he was criticized along with former prime minister Yousuf Raza Gilani, but the point was that both frequently attended sessions of Parliament unlike Mr. Khan who rarely attended. the sessions of the National Assembly. It is the prime minister’s responsibility to answer questions from the people, but here in this house. If he [PM] take a few phone calls of his choosing, it will be good for his political mileage but not for the welfare of the people. The Prime Minister has made this house redundant, he added.

He said ministers should come forward and deliver the goods to the people rather than spending all their time scoring political points.

Mr Ashraf also said the government should tell people when the entire nation will finally be protected from Covid-19 through vaccination.

Pakistani Muslim League-Nawaz (PML-N) lawmaker Raja Javed Abbasi said the PM initiative could be a good step, but selective appeals have been sent to him to respond. We did our best to talk to the Prime Minister, but to no avail.

State Minister for Parliamentary Affairs Ali Mohammad Khan claimed the outgoing Prime Minister was the first to take the initiative to receive peoples’ complaints directly by telephone to resolve their issues, but later added that such an initiative was also taken by former Prime Minister Nawaz Sharif but he could not hold out for long.

The minister said Prime Minister Khan would take calls from the people again next week.

He explained that the prime ministers never responded directly to appeals from the public for certain reasons and that the appeals were forwarded to the prime minister after proper vetting, but that there was no discrimination with complainants over to their political views.

He assured the House that the Prime Minister would certainly come to the Assembly to give answers to the questions and complaints of the representatives of the peoples, but to this end certain rules were adopted.

PML-N lawmaker Javed Abbasi, who had been NA vice president under the previous regime, intervened to say that the prime minister could attend the lower house of parliament session at any time because he was not no need to establish or modify a rule.

The minister said that the current government has decided to release development funds for all members of the National Assembly. Under the previous regime, no such funding was given to members of opposition parties, but our government will not discriminate in this regard, he added.

Former Foreign Minister Hina Rabbani Khar said the aviation division claimed in written responses that only three PIA pilots were fired for false diplomas, while the aviation minister told the house that 172 pilots had suspicious fake diplomas or had been appointed. illegally. This statement by the minister denigrated the reputation of the country, PIA and the people in front of the whole world, she said. Another PPP lawmaker, Naz Baloch, endorsed Ms Khars’ views.

The aviation minister said he was upholding the statement he made on the house floor regarding fake pilot diplomas.

In addition, no PIA assets were sold or would be sold, he said, explaining that some airports and flight operations had been closed due to low traffic amid the Covid-19 pandemic.

Is China winning the game of vaccine diplomacy? Quartz