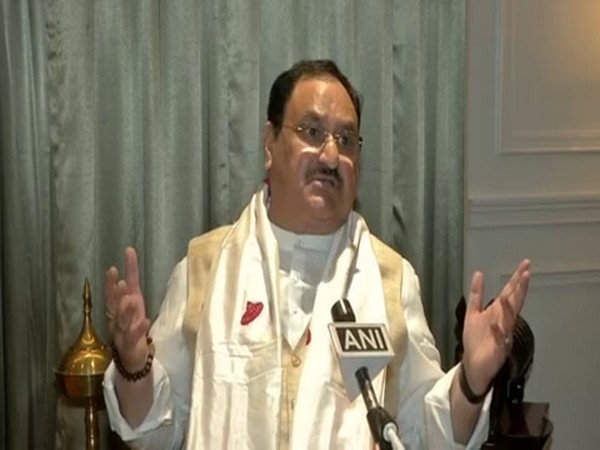 Bharatiya Janata Party (BJP) National Chairman JP Nadda said Prime Minister Narendra Modi visited Assam 35 times while his predecessor Dr Manmohan Singh could not come here even 10 times in 10 years. Speaking to ANI, Nadda also said that it was only under Prime Minister Modi’s regime that Bhupen Hazarika – the identity of Assam – was bestowed on the prestigious Bharat Ratna.

Speaking about the development of Assam, Nadda said: “For the development, we have completed the Bogibeel Bridge. Prime Minister Narendra Modi has been to Assam 35 times, while Manmohan Singh ji has not been to the state even 10 times in 10 years. Rs 8,000 crore The gas royalty was given by Modiji, why could Manmohan Singh ji not be able to do it? Infrastructure works like roads, highways and bridges continue under Modiji’s leadership. “

Speaking of other development work, the BJP chairman said that as part of the Swach Bharat mission, around 59 lakh toilets have been made in the state. “We do not ask religion from anyone. We believe in Sabka saath, Sabka Vikas, Sabka Vishvaas. In Ayushman Bharat who comes – ragpickers, maids, servants, rickshaw pullers and the poor.”

He added: “We fought against the polls on three points – security, development and protection of culture in Assam. If we are talking about culture, then Gopinath Bordoloi received Bharat Ratna by Atal Bihari Vajpayee ji and this increased the pride of Assam. Bharat Ratna was given to Bhupen Hazarika not by Congress but by Prime Minister Narendra Modi ji. “

The Congress does not know “ Lok Sewa ”, only guarantees “ Ghotala ”: Nadda

Expressing confidence that the National Democratic Alliance (NDA) will again form Assam’s government, Bharatiya Janata Party (BJP) Chairman JP Nadda attacked the Congress party saying that “the only guarantee expected of them is that they will scam wherever they go “.

Speaking of five guarantees promised by Mahajot (Grand Alliance) to workers in the tea gardens of Assam, Nadda said: “Their five guarantees also included the 2019 Citizenship (Amendment) Act (CAA). How can a state law annul a law passed by the Union? Parliament? They are misleading people.

This is how they deceived people … The other name of Congress is “lie”. I can give you a guarantee that wherever Congress goes, they will do Ghotala (scam). They don’t know anything about Lok Sewa (public service). “

He criticized the previous congressional government in Assam for not working for tea garden workers and said the opposition party was doing “political tourism” in the state.

“What have they (Congress) been up to in 40 years. What has the government of Gogoji (Tarun Gogoi) done in 15 years? The tea garden workers were there when Congress was in government. They come and do political tourism here and explain things to people. Do they know that under ‘Assam Chah
Bagicha Dhan Puraskar Mela Scheme ‘we gave an amount of Rs 8,000 to 8 lakh tea garden workers? But did they do it? What is their story? Asked the president of the BJP.

He said that when he was Minister of Health, the government gave 130 mobile medical units to tea garden workers.

“When there were job losses, Sabranad Sonowal put in place a plan to give 12,000 rupees to pregnant women, which is now increased to 18,000. The roads on which Congress travels and makes promises are built by Sabranand Sonowal and the BJP government ”. Nadda said.

He added that the people of Assam made their decision and blessed the NDA alliance in the state.

Turnout of 76 and 75 percent was recorded in the first two rounds of assembly elections held on March 27 and April 1, respectively. The third and final phase of the ballot will take place on April 6.