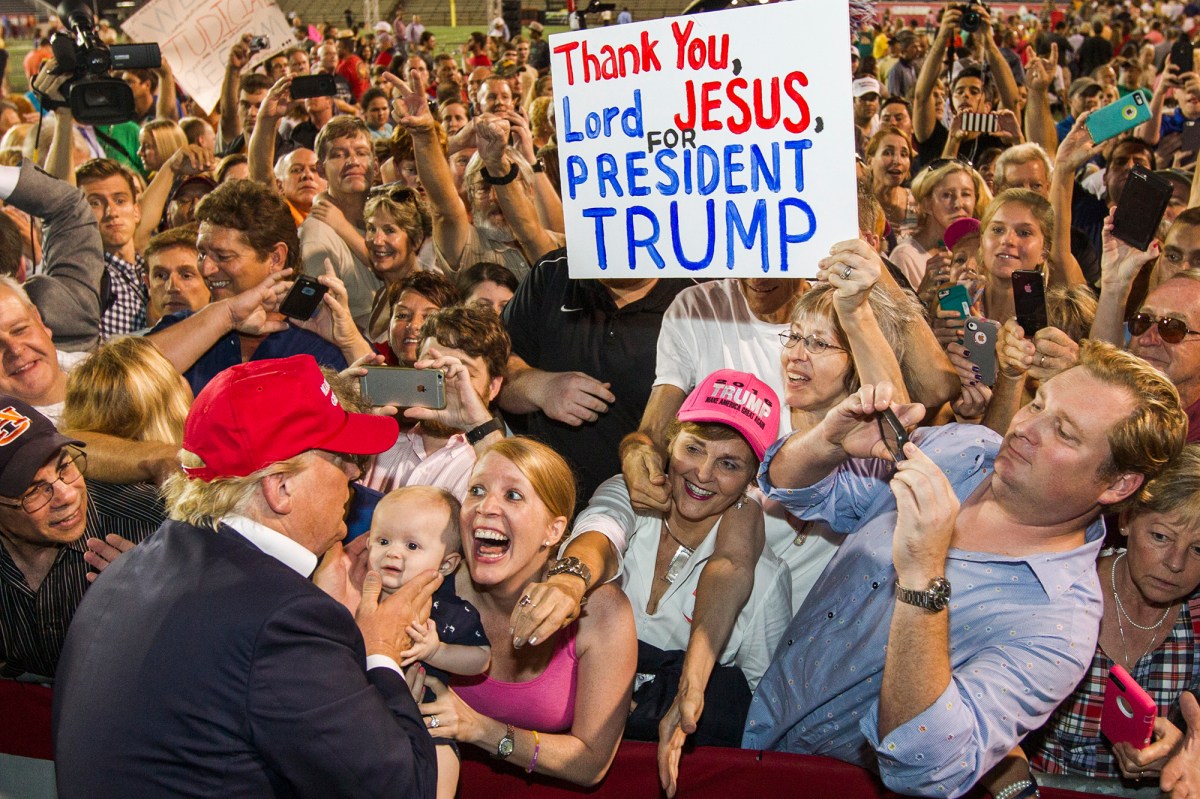 Hannah Chan looks forward to Easter Sunday, the most important date in the Christian calendar.

She, her husband Leo and their 16-year-old daughter are planning to dress up, go to church and have dinner in the afternoon with friends.

This Easter we’re going to be spending in a new church, so we can’t wait to get together with the community, she said with a smile.

Chan, 45, grew up as a Christian in Hong Kong, where she attended the city’s Baptist University and met her husband before moving to the United States in 2002. Eventually the family settled in Cary. , North Carolina, and Hannah said she has since seen runaway success. as a real estate agency owner, starting with a course of $ 600 to obtain his license.

But above all, Chan identifies as a Christian and this extends to all aspects of her life, including politics.

My beliefs are with me in the voting booth, she said. Christians want to support the leader who will have a backbone. And who will defend all the others to protect religious freedom. This protection is the reason my family came to the United States.

For her, that meant a vote for Donald Trump in 2020, and she is not alone. Evangelical Christian and white conservative voters strongly supported Trump’s re-election last November. Exit numbers show he won 76% of their support, just 5 percentage points lower than in 2016, according to exit poll data.

Trump also carried the Catholic vote by 15 percentage points over Biden, a practicing Catholic, although that support was well below the 33 point margin he beat Hillary Clinton with in 2016.

Hannah Chan, from North Carolina, said, “My beliefs are with me in the voting booth.” Courtesy of Hannah Chan

Trump’s blunt words may have turned some religious voters off the second time around, but many have forgiven him for his rhetoric, said Pastor Andy Doll, who heads the Bible Baptist Church in Prairie du Chien, Wisconsin.

We all fail, Doll said of Trump’s rhetoric. I mean, really, apart from the Lord Jesus Christ, I haven’t met a perfect candidate or a perfect Christian yet.

A Gallup poll after the 2020 election showed that about a quarter of all American voters are white evangelical Christians. The other quarter define themselves as non-believers, while the rest are a mix of Catholic and non-Christian religious voters.

During Trump’s day, faith-based voters regained some of the cultural capital they had lost over the past 30 years. During his first campaign, he repeatedly stated that he would support religious freedom issues, and he proved it after his inauguration with the Executive Order for the Promotion of Freedom of Speech and Freedoms. Church, which gave regulatory relief to companies that opposed an ObamaCare mandate for contraception in healthcare.

Faith runs deep in the history of our country, the spirit of our foundation and the soul of our nation, Trump said upon signing. We will no longer allow believers to be targeted, intimidated or silenced.

So, in a post-Trump world, are faith-based voters like Chan and Doll worried they’ve lost a champion for good?

Absolutely not, said Tim Meehan, 72, a devout Catholic from Newtown Square, Pa. He said the Tories too often voted for candidates who profess to share their religious beliefs, but then bowed to secular pressure as soon as they arrived in Washington. .

Those days are gone and Trump has changed that forever, he said. While future candidates may not share his unorthodox demeanor, they must share his reluctance to give in.

In the ’60s, Meehan started out as a Catholic Democrat whose high school rock band opened for a Bobby Kennedy rally. As his party began to push pro-life Catholics, he voted his last vote for a Democrat with Jimmy Carter.

I thought he was a goddamn man, Meehan said. But while Carter has spoken of being personally against abortion when he ran for office, he did nothing when he arrived in Washington, Meehan said. Now, many faith-based voters feel the same way about Biden.

Many Evangelicals and Catholics took risks to publicly support Biden, the statement said. President Biden and the Democrats must honor their courage. He added that they had no intention of just watching these types of efforts take place on the sidelines.

A devout Catholic, Tim Meehan is fed up with candidates like Biden who profess to share his faith but fail to legislate accordingly.

During the last campaign, we constantly heard what a devout Catholic Joe Biden was, right? Meehan said. And then he pledges to remove all restrictions from all national abortion laws and fund family planning. There is a big gap between what people identify as a man of faith and what his actions are.

We expect the same type of presidential candidate to emerge, said Doll, 45.

In fact, even though Trump lost the presidency, many Republican candidates won the ballot last year, not only in House races where they were to lose by double digits (and instead won 12 seats), but also in state legislatures, like Pennsylvania and North Carolina, where GOP majorities swelled because of candidates running to protect religious freedom.

Chan said she didn’t lose confidence when Trump lost because I saw candidates like Mark Robinson, our new lieutenant governor in North Carolina, win. He’s like a breath of fresh air. Candidates like him are the future of our party.

Salena Zito is the author of The Great Revolt: Inside the New Coalition Reshaping American Politics.