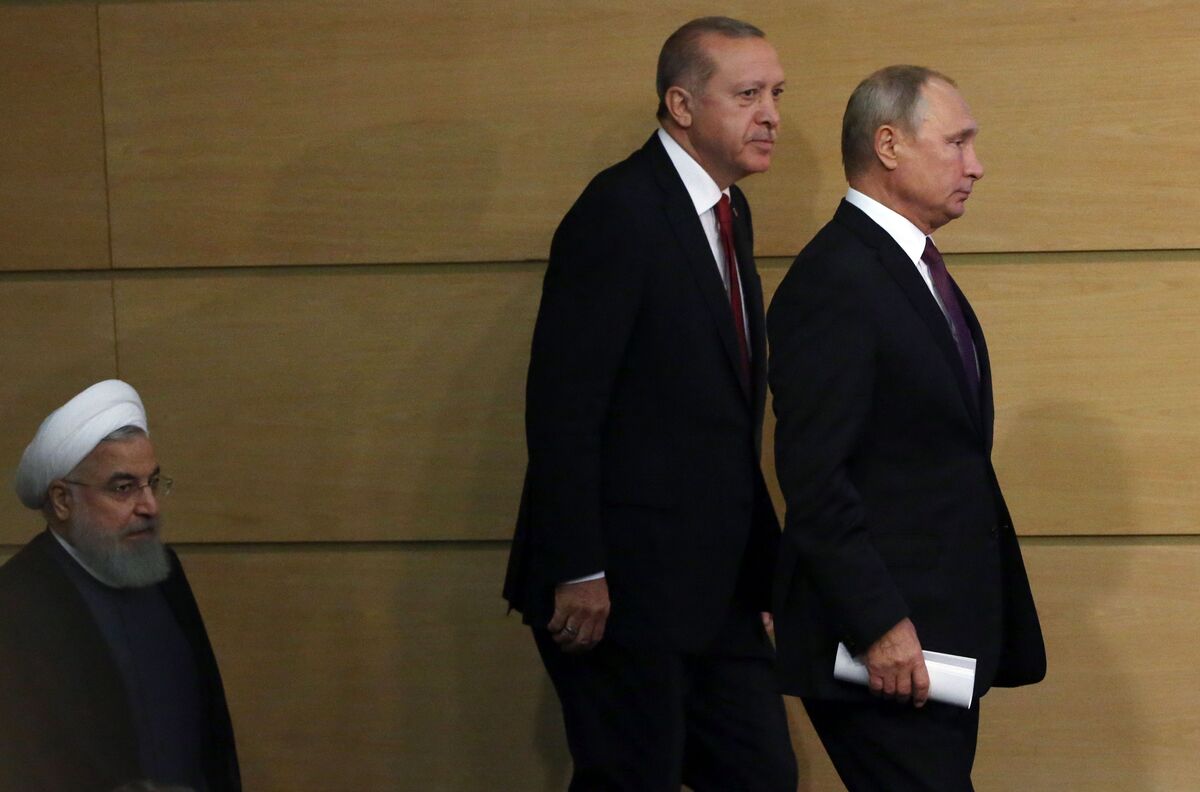 The plot has just thickened in the contest to shape post-conflict Syria: Russia, Turkey and Qatar have launched a new Trilateral “consultation process” promote a political solution to the 10-year civil war. Basically it doesn’t include Iran.

The aim, it seems, is to pave the way for a broader re-engagement of Gulf Arabs with Syria and a concomitant marginalization of Iranian influence.

Since the war was effectively resolved in December 2016, when pro-government forces invaded opposition-held eastern Aleppo, most of the action has centered on the so-called ” Astana process ”which began in January 2017, in which Russia, Turkey and Iran negotiated over the spoils. But Iranian involvement has effectively prevented the Arab Gulf states, whose financial strength is essential for the reconstruction of Syria – and whose diplomatic support is essential to end the country’s pariah status.

The new initiative also recognizes that the Astana process has, for all intents and purposes, failed. The original troika has only held five meetings since 2018, and the fourde-escalation areasWhat they established were totally ignored by Syrian dictator Bashar al-Assad who, with the support of Russia and Iran, took control of three of them. Astana was also unable to prevent Turkey’s offensives in northern Syria in October 2019, nor a clash in February last year between Turkish forces and Assad’s troops directly supported by the military. Russian air.

Astana has produced no political progress in Syria and little reconstruction. So it’s no surprise that Russia and Assad are looking for another way forward, this time with Arab partners.

The Gulf states supported the rebel forces at the start of the war, but their unified stance against Assad has softened. The United Arab Emirates, for example, has already reopened its embassy in Damascus and appears open to a deal with the regime. At the same time, Russia was try to involve the Arab states in the Astana process.

This was never going to happen as long as the other two states involved in the process, Iran and Turkey, remained hostile to Gulf Arabs. The new forum does away with the Iranians and seeks to build on Turkey’s recent efforts to mend barriers with the Arab world. (In turn, Saudi Arabia and the United Arab Emirates have expressed interest in better relations with Turkey.)

The message from Moscow and Ankara to the Arabs is clear: your rebel friends may have lost the war, but that does not necessarily mean that your Iranian enemies are the main beneficiaries. If you help this new process succeed, it will go a long way in marginalizing Tehran’s influence in Syria.

It would suit Assad. The dictator currently depends on both Russia and Iran for control over much of the country. But he would prefer a long-term arrangement in which Russia is the main outside power in Syria, as Moscow’s demands on him are less onerous than Tehran’s.

Russia’s goals include maintaining its naval and other bases in Syria, securing its considerable investments in the country, and using Damascus as a key to its renewed influence in the region. Iran wants to integrate Syria into a regional network of pleading states, and use it as a springboard to threaten Israel on the one hand and maintain its dominance in Iraq on the other. Moscow would give Assad a great deal of local authority; Tehran, on the other hand, is said to be a lord of micromanagement with designs on most of its prerogatives.

For its part, Turkey is primarily concerned about US-backed Kurdish militias along its border region in northern Syria. The government of President Recep Tayyip Erdogan considers these fighters to be proxies for Kurdish terrorists and separatists operating in Turkey. As long as the Arabs do not support the Kurds, Ankara would welcome their involvement in Syria.

As Turkey’s closest Arab ally, Qatar’s inclusion in the new forum was inevitable. Moscow and Ankara clearly hope to profit from the end of Doha’s isolation in the Gulf. The Qataris have their own pockets of course, but just as importantly, they might be able to involve other Arab states in the post-war arrangements in Syria. Qatar’s cordial relations with Iran have been useful during the embargo, but its return to Arab embrace gives it space to distance itself from Tehran.

Iran can be expected to fight tooth and nail to maintain its influence in Syria. Too solicited and impoverished as it is, the Islamic Republic has considerable influence in Damascus and a proven formula of using proxy militias and co-sectarian politicians to protect its interests – as it does in Iraq and Lebanon. Tehran’s Arab opponents will have to be careful that they are not played by Assad and Russia, and that the money and effort they invest in Syria really means less control of Iran.

To contact the author of this story:
Hussein Ibish at [email protected]

To contact the editor responsible for this story:
Bobby ghosh at [email protected]

Help out! I’m in a bugaboo about Brood X and cricket powder | Columns