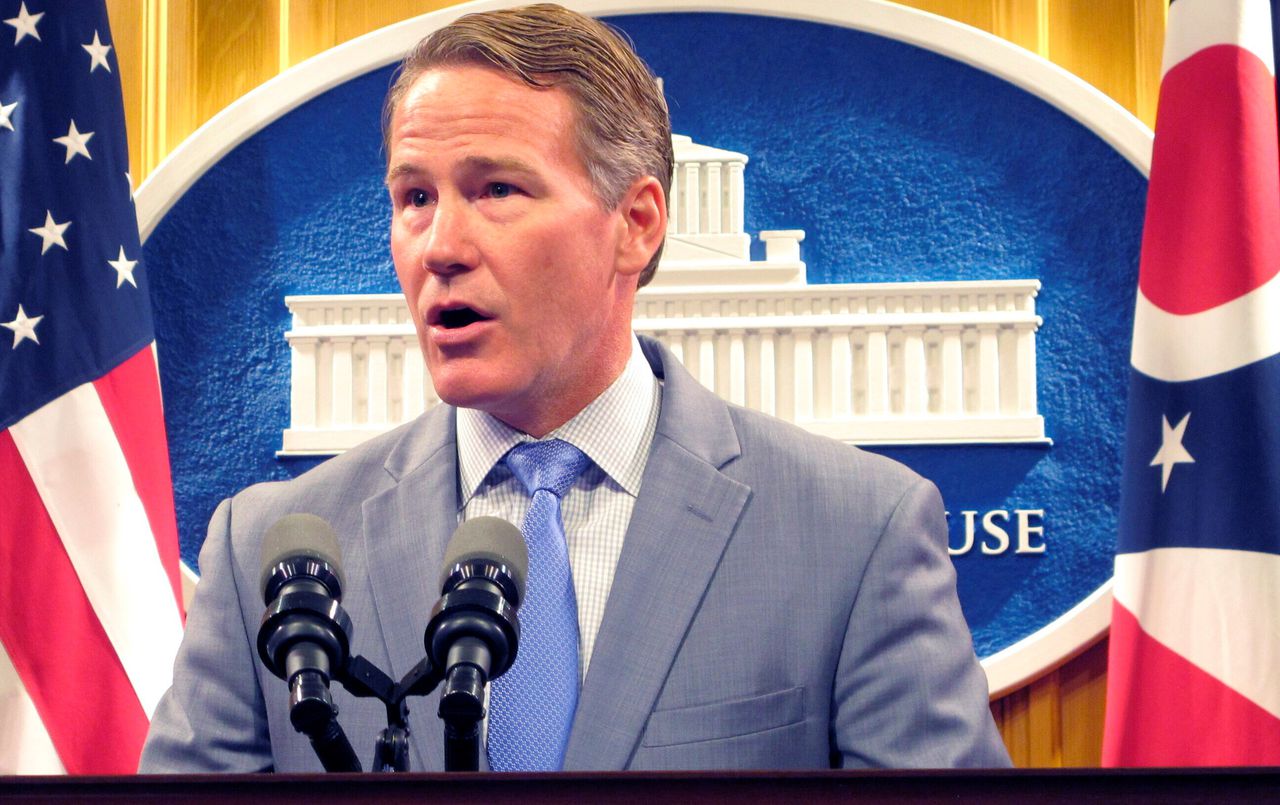 CINCINNATI – Recently, in response to a statement from the former director of the Federal Centers for Disease Control and Prevention, Dr Robert Redfield, that he believed the COVID-19 virus was coming from a laboratory in Wuhan, China , in Ohio Lt. Gov. Jon Husted tweeted: So it looks like it was the Wuhan virus after all?

The crowd online was quick to label him as racist and fanatic. I worked with the Lieutenant Governor as an advisor on COVID-19 last year. He is not a racist.

Last week, I shared the most important tip I gave her: Be empathetic, but don’t apologize.

Because he didn’t do anything wrong. Apologizing would reinforce the offensive idea that Asian Americans are linked to the actions of the Chinese Communist Party. Defending Asian Americans does not require covering up the crimes of an oppressive government.

Whether or not the virus escaped from a laboratory, an increasingly plausible theory worthy of investigation, we must remember that the viral epidemic spread faster in its early stages due to the Party’s decision. Chinese Communist to silence his own people.

Even after the online video leak, China continued to downplay the existence of human-to-human transmission and viral genetic sequences selected. Brave Chinese citizens who criticized their government have been jailed, silenced or disappeared.

The same thing happened almost exactly two decades ago: Communist authorities also attempted to cover up the 2002-2003 SARS epidemic. This was not the case until Chinese whistleblower revealed real numbers SARS infections that the Chinese Communist Party has mobilized resources to quell the virus. SARS ended up infecting thousands of people around 30 countries.

This time we were less fortunate.

The nomenclature chosen by global health organizations for COVID-19 conveniently belies the origin of the virus. The Ebola, Marburg and Zika viruses are each named after their place of origin. Many reports refer to the South African variant and the UK variant of COVID-19. But oddly enough, Wuhan and China are strictly prohibited.

The Chinese Communist Party has successfully militarized the parallel revival pandemic by using the threat of racism against the United States to shirk responsibility for its own actions. In recent years, the Chinese government has detained over a million Uyghurs in concentration camps, and it violates fundamental freedoms on a daily basis. Yet last year Xi Jinping deflected criticism from European Union leaders by claiming that the Black Lives Matter movement shows the United States is no better.

Chinese diplomat Yang Jiechi followed suit in Alaska last month by mistakenly claiming that black Americans were shot and this we hope that the United States will do better in human rights.

By establishing a false moral equivalence with the United States, the Chinese Communist Party regularly uses the vigil as a tool to erode the moral position of the Americas. Now they are using the same tool to deflect responsibility for COVID-19.

As an Asian American, I find it more racist to confuse the feelings of all Americans of Japanese, Korean and Chinese descent by saying that any criticism of the Chinese Communist Party is detrimental to this whole group of multilingual immigrants than to simply hold back the Chinese leaders are responsible.

Of course, the rise in anti-Asian violence is a problem and must be addressed. But our ability to differentiate between innocent Asian American citizens and a corrupt foreign government is part of what defines us as Americans.

Wokeism has become a dangerous geopolitical weapon used by foreign powers against America. The battle lines of this war reached Ohio. It will take leaders like Mr. Husted to make sure we keep the line, rather than obediently apologizing for any wrongdoing. It will require personal sacrifice for leaders like him, but if he holds on, he will have earned his stripes as a true public servant.

Vivek Ramaswamy is an entrepreneur and author of the next book Woke, Inc. He is originally from Cincinnati and the son of Indian immigrants.

Do you have something to say on this subject?

* Send a letter to the editor, which will be considered for the print publication.

* Send general questions about our Editorial Board or comments or corrections on this Opinion Column to Elizabeth Sullivan, Opinion Director, at [email protected]

GOP, distance from Trump | Letters to the Editor