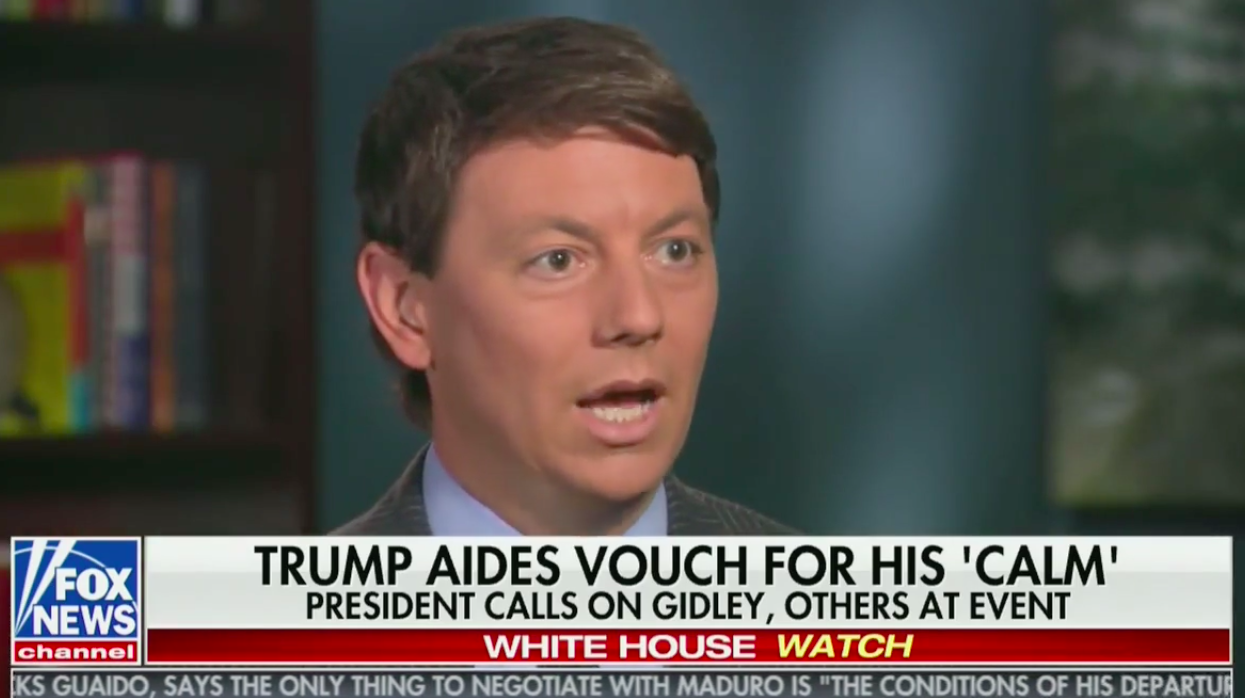 Hogan Gidley, an adviser to former President Donald Trump, appeared on Fox News Sunday morning to defend a series of Trump Easter statements that his critics accused of being political rants crowned with friendly holiday greetings.

A message from Trump’s Save America PAC on Friday denounced “electoral fraud” and “radical left fools” before finally concluding with the salute: “Other than that, Happy Easter!” But hours later, likely responding to reporters and other critics on the seemingly spiteful message, Trump released another statement that succinctly wished “all” Americans a Happy Easter. Fox News’ Howard Kurtz urged Gidley to address critics who said Trump was unable to let go of old political rhetoric, if only to wish Americans a happy Easter weekend.

“A lot of the criticism there on the tone that he almost seems a little angry about what happened,” Kurtz remarked to Trump’s adviser.

Gidley has long defended Trump on cable news networks against all criticism, especially regarding the former president’s behavior in the White House.

“What are you talking about?” asked an incredulous Gidley. “He wishes everyone a happy Easter, even those who attacked him and don’t like him and don’t want him to be in power.”

“The president has been very clear,” Gidley continued. “Happy Easter to all of you too. We know you don’t like America, we know you think this country is the cause of the world’s problems and we are racist and sexist and we are fanatics and we are homophobic in as a nation, even though millions of people want to come here and are literally dying to do so – we get it! “

Trump’s Save America PAC message early Sunday read: “Happy Easter to ALL, including the crazy radical leftists who rigged our presidential election and want to destroy our country!”

Trump’s third and final message regarding the Christian holiday weekend came out of his office email at around 1 p.m. EST, simply reading: “Happy Easter!”

“But the president is very nice!” Gidley added. “Happy Easter to you too.”

“Hogan, happy Easter to you too,” Kurtz said to end the segment.

Newsweek has contacted the office of the former president, which regularly issues statements to the press despite his absence from the White House for several weeks.

White House Deputy Press Secretary Hogan Gidley told Fox News’ Howard Kurtz on Sunday that “it would be so good if we had complicit and compliant media.” Fox News / Screenshot

Singapore joins SPAC race in Asia, but investors flock to US