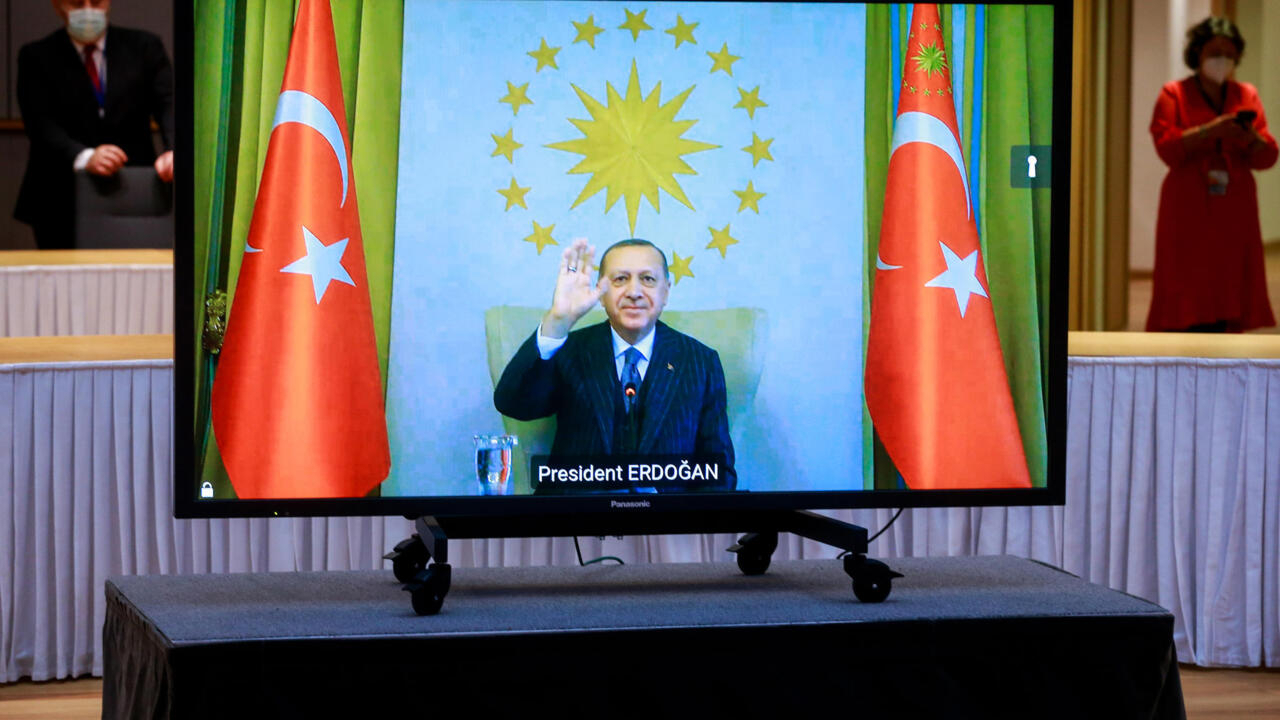 The two senior EU officials are traveling to Turkey on Tuesday to brief President Recep Tayyip Erdogan on the bloc’s conditions for improved relations after lower tensions.

But the roadmap for resuming cooperation – endorsed by EU leaders at a summit last month – depends on Erdogan acting constructively and continuing to defuse tensions over gas exploration in the region. Turkey in the eastern Mediterranean.

An EU official said Tuesday’s meeting in Ankara “will not be the time for negotiations, but will provide a framework” on the way forward.

The bloc has been encouraged by Ankara’s conciliation measures in recent months, including the resumption of talks with Greece over a disputed maritime border and measures to revive UN peace efforts for Cyprus, a divided member state of the EU.

Brussels’ carrot and stick approach involves the possibility of modernizing a customs union, liberalizing visa rules, more money for Syrian refugees and a resumption of high-level dialogues on topics ranging from health security.

But any measure would be “gradual, proportionate and reversible,” and if Ankara backs down, the EU has warned it could impose painful sanctions on the country.

“If Erdogan is not cooperative, everything will be blocked,” the official warned.

Convincing the Turkish leader to accept the conditions will not be easy and he has already urged the EU to move faster towards “concrete results”.

But analysts and diplomats say Erdogan has become more flexible in the face of economic woes in his country and the hardening of Washington’s line after his ally Donald Trump was elected to the White House.

EU members have been divided on how to handle Turkey, Cyprus, Greece and France calling for a hard line while others, led by Germany, the economic powerhouse, want more engagement .

Ankara officially opened talks to join the bloc in 2005, but that process became frozen as Erdogan tightened his grip on the country.

“The situation remains fragile, but the EU welcomes these forthcoming developments and gestures from Turkey and has responded by extending its hand,” he wrote.

EU leaders remain deeply suspicious of Erdogan and there are major rights concerns after Ankara’s recent withdrawal from a global treaty on violence against women and measures aimed at banning a pro-Kurdish opposition party.

But these concerns have not slowed down the attempt at rapprochement with Turkey.

The central role of the relationship is to welcome four million Syrian refugees.

Ankara is urging Brussels to update a deal reached five years ago to stop massive migrant arrivals into the EU in exchange for billions of euros in aid.

Both sides accuse the other of violating the deal – with Turkey claiming the EU has not blocked all pledged money and Brussels insisting Ankara must accept return migrants arriving in the bloc .

The bloc refuses to reopen the deal, but EU leaders have tasked the von der Leyen committee to come up with a proposal on more money for Turkey as Brussels insists Syrian refugees are better integrated.

The EU also insists that it wishes to see Turkey “contribute positively” to the resolution of the conflicts in Libya, Syria and Nagorno-Karabakh in which Ankara plays a key role.

Borrell said that in Libya “convergences of interests are slowly starting to appear” after the installation of a transitional government.

Positions appear to be divergent on Cyprus, however, as the UN prepares for exploratory talks involving international actors Turkey, Greece and Britain in April on relaunching peace efforts.

Cyprus has been divided since 1974 when Turkey occupied its northern third in response to a coup orchestrated by the military junta then in power in Athens aimed at annexing the island to Greece.

Erdogan has backed the toughest Turkish Cypriot leaders for a two-state solution, while Brussels and the EU member state, the Republic of Cyprus, want a bicommunal federation.

“The healthiest formula for the Cyprus problem is a peaceful divorce,” a Turkish official told AFP. “A two-state solution and the start of meetings on that basis.”