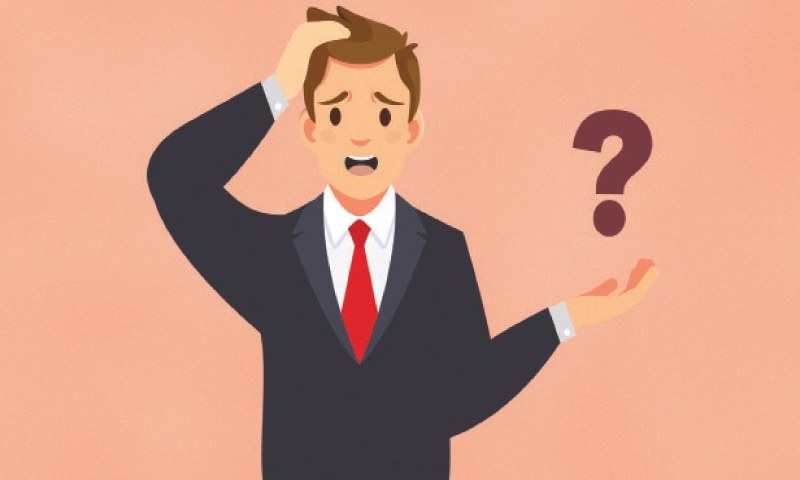 The rejection of the federal cabinet’s decision to expand trade with India a day after the Economic Coordination Committee voted in favor demonstrates the intersection of politics and other considerations in economic policy making from the country. This is not the first time that the Imran Khan government has abruptly changed its mind on an important economic policy decision; it simply highlights the confusion rooted in the current government’s economic policy making process. Indecisiveness within the government ranks as to which economic path it wants to take is also manifested in the frequent changes in the political and bureaucratic leadership of its finance team.

It’s not just that the current administration seems clueless when it comes to making decisions on issues critical to tackling the country’s economic problems and spurring growth; he has just overtaken his predecessors in this field from the first day in power. For example, it took the government nearly a year after sending confused signals to the market to sign a $ 6 billion bailout deal with the International Monetary Fund (IMF) to support the deteriorating situation in the economy. countries’ balance of payments, which saw him reverse and rethink many of his previous policy decisions.

The inordinate delays in announcing the new textile policy to boost textiles and clothing exports is another example of entrenched political confusion, creating deep uncertainty over certain incentives such as subsidized energy prices for exporters. that the industry considers essential to improve its international competitiveness. There are many other examples where government must act quickly, but delays in decision making have caused significant tangible and intangible losses to the economy.

Effective governments deal with tough problems in tough situations, then stick to their decisions

As a result, we have seen a significant increase in economic policy uncertainty over the past two and a half years, which influences the performance of the economy, as well as investments and other business decisions. For example, the recent withdrawal of certain tax exemptions from which companies benefit should have an impact on their future plans for diversification of activities and growth. Much research suggests that some political uncertainty is a part of every economy. But when political uncertainty crosses a certain threshold, it begins to affect the performance of the economy and the decisions of companies by sending confused signals to the markets.

The lack of clarity in economic policy decision-making also underlines the presence of permanent struggle between different ministries and the absence of a well-defined coordination mechanism to integrate all stakeholders before taking a decision. Some in government prematurely relay economic policy decisions through social media before getting input from other relevant ministries, which also highlights the lack of coordination across different levels of government.

On top of that, there are also conflicting views within government on how to tackle economic turmoil and other investment-related issues. The issue of arbitration in the K-Electrics dispute over unpaid bills owed to the company by certain government entities and debts claimed by them against it is just one glaring example of the lack of intra-government coordination. After an agreement with K-Electric investors to establish independent arbitration to resolve long-standing issues, which delayed the takeover of the only electricity distribution company privatized by Chinas Shanghai Electric Power for more than four years and a half, a lobby in government appears to have become active to derail or delay the agreement again.

In addition, the way the administration twisted the arms of independent power producers to force them to agree to revise their power purchase agreements to reduce their yields also sent negative signals to domestic and foreign investors. For now, the government may have extorted some concessions from investors, but people will pay a heavy price in the form of a higher risk premium in the future. The treatment reserved for investors who had set up production plants in the 1990s explains the subsequent increase in returns granted to investors under various energy policies since 2002. The consequences of the dissolution of agreements with investors Reko Diq and Karkey, leading to exorbitant arbitration and fines, show the inconstancy of our policymakers.

It is because of the delay in decision-making and the inconsistency of policies that Pakistan has never been a destination of choice for foreign investors. While inflows of non-debt-creating foreign direct investment (FDI) to Pakistan have never exceeded 1% of its GDP, even at the best of times, according to the Pakistan Business Council, comparable economies have attracted FDI to Pakistan. ‘at least 3% of their size. GDP.

Dr Moeed Yusuf, the prime minister’s special assistant for national security and strategic policy planning, told Dawn in October last year that the government planned to create a formal mechanism to streamline coordination between the different economic actors: ministries, provincial governments, businessmen, etc. for a more rapid resolution of problems and obstacles in the implementation of sectoral policies and strategies, as well as the achievement of the objectives set within the framework of the economic diplomacy project: Economic awareness initiative. The proposed mechanism remains inexistent to this day.

The government should understand that consistent and predictable economic policy and decision-making are essential for growth. Investors look for a clear sense of government direction before making their investment decisions. Indeed, delays and reversals in economic policy decisions and their implementation reflect very difficult political conditions in the country which repeatedly force governments to attempt to address problems. But that’s what effective governments do to solve tough problems in tough situations and then stick to their decisions.

Johnson to make travel plans after vaccination program kicks off