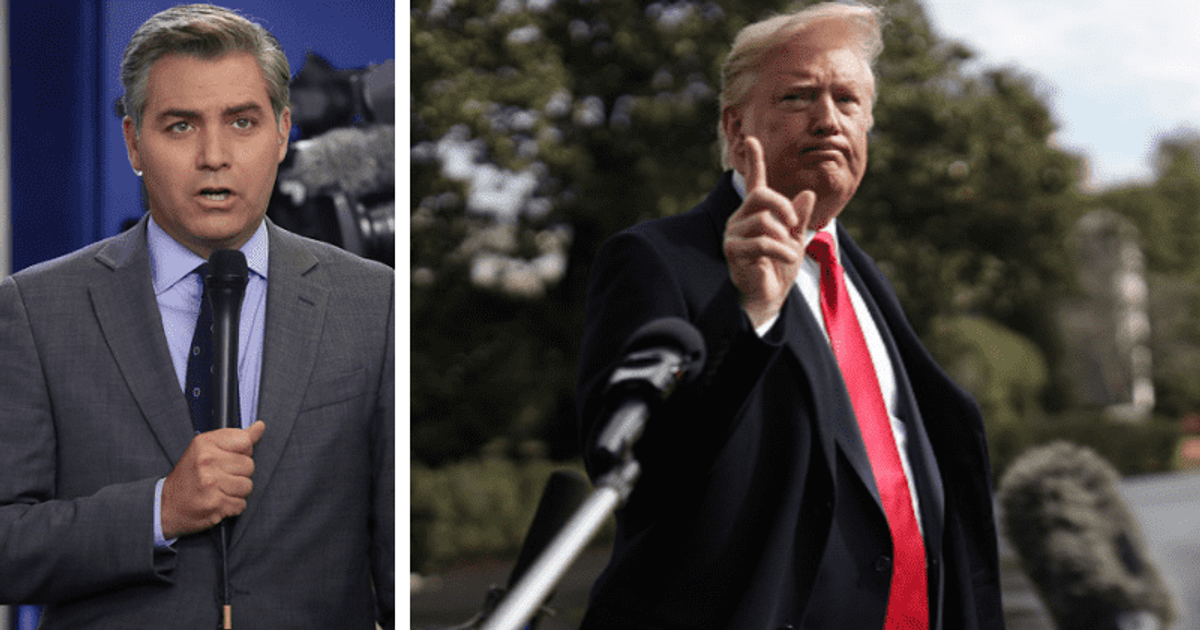 When Donald Trump was in power, the media in the Americas had an entirely different ball game. Without a pause, the Maverick Republican has locked horns with the media (mainstream first and later social media as well) with a few exceptions every second issue. Both sides continued to shoot, making the environment more stressful and toxic for journalists. Did things change after Trumps’ tenure ended only in January? How do journalists face the new administration led by President Joe Biden who has vowed to project himself as an antithesis to that of the businessman-politician?

On Sunday April 3, CNN’s Brian Stelter asked a few DC reporters to adapt to the Biden era. The Reliable Sources host spoke with Jim Acosta, one of the loudest journalists the Trumps press has witnessed, and Annie Karni to find out how they felt in the days after Trump. Acosta, who is now the networks’ senior national correspondent and presenter, told Stelter: I think everyone was struggling with post-Trump stress disorder.

We covered the news before Donald Trump arrived and we did it pretty well. And there will be a lot of stuff in the news and Donald Trump doesn’t have to be in the headlines for us to continue to exist. Especially when he makes these statements. You know, when he was president, he did things that were under the office of the presidency, now he does things under the office of the post-presidency. It’s not going to change but we have to change over time, said Acosta, 49.

Former President Donald Trump enters into an exchange with CNN reporter Jim Acosta of CNN after delivering remarks a day after the midterm elections on November 7, 2018, in the East Room of the White House in Washington, DC . (Getty Images)

To Karni, Stelter asked: What is this for you? Is it possible to cover Biden every day without mentioning the ex-president? To that she said: I think it definitely is and it’s fading pretty quickly, I think. I think Biden actually benefited in some ways at the start of a comparison with Trump, especially during the impeachment trial. It showed the ex-president at his worst. It wasn’t bad for people to remember why they voted for Biden, why they won him, and how they got back to normal. But now I think they’ve really moved. She said the Biden White House was not as divided or personality-driven as the previous one. She said the current administration is more disciplined than Trump’s and therefore more difficult to penetrate.

‘Our nation must recover from its national case of PTSD’

Former Rear Admiral Tom Jurkowsky, who is the author of the book The Secret Sauce for Organizational Success, wrote in an article for the Capital Gazette in January, just days after Biden was sworn in as president: Our nation must recover from its national case of post-Trump stress disorder with PTSD. The images we saw of insurgents were disturbing and are not proof of democracy. We are a country which has seen its democratic framework shaken up, hit and beaten. Biden, his leadership team and our Congress must be able to apply the balm that restores who we are as a nation.

He added: The PTSD suffered by our military personnel after returning from battle is a long and difficult process to overcome. But unfortunately, if we are to move forward as a nation, the PTSD our nation is suffering from after Donald Trump’s presidency must be addressed immediately.

Former President Donald Trump speaks in the Oval Office before signing an executive order relating to the regulation of social media on May 28, 2020 in Washington, DC. Like mainstream media, he has also had his share of fighting with social media, including Twitter, which ultimately banned him in January following the Capitol riots. (Getty Images)

However, while reporters like Acosta, who once faced the wrath of Trump’s White House after confronting the president, believe that the media needs to change over time unlike Trump, it is also undeniable that the networks that have capitalized on Trump’s theaters over the past four years have seen their charts plummet in recent weeks. CNN, for example, saw its audience plunge after Trump left office following a brief raise the day after the election.

Veteran Anglo-American journalist Ted Koppel made fun of Stelter when Trump was in power, telling him CNN ratings would be in the bathroom without Donald Trump. While Stelter disagreed with Koppel at the time, time showed his observation was not incorrect.

The term ‘post-Trump stress disorder’ was under discussion in 2016

The term PTSD is not being discussed for the first time now and it encompasses not only the field of journalism but American society as a whole. In November 2016, days after Trump won the presidential election that year, Dr. Joseph M. Pierre, clinical professor of health sciences, wrote in an article on Psychology Today: By the time we are all Having come to work and our daily lives, some of my fellow psychiatrists had coined the term Post-Trump Stress Disorder to describe how they, many of their friends, and many of their patients were feeling. So many victories for the supporters of Trump and Trump, so many losses for the rest of us.

Much of the disappointment was that few of us saw it coming. We knew it was theoretically possible, but we were backed by wishful thinking and ultimately betrayed by pundits and polls who had consistently yielded a comfortable but slim lead for Hillary Clinton leading up to Election Day.

Trump may be gone (we don’t know if he will ever return), but he definitely changed the psyche of the Americas forever. The impact is still being felt, even when the media today deals with another president who is more of an establishment politician.