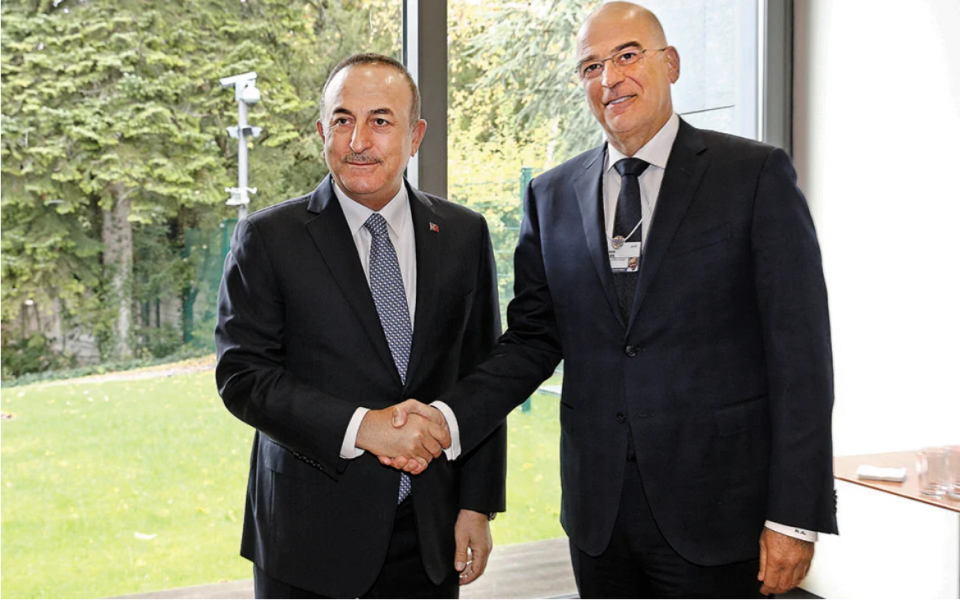 Greece is bracing itself for a long period of intensive diplomatic activity, followed by what could be a difficult summer.

The latest round of exploratory talks with Turkey, Ankaras’ reactions to developments in EU policy towards him and the growing US presence in Greece reinforce the impression that Turkish President Recep Tayyip Erdogan is trapped on a one-way street that leads to an escalation.

Erdogans’ domestic movements suggest that after dominating politics for nearly 20 years, he is now betting on actions that bolster society’s nationalist and Islamist reflexes, a particularly dangerous mix. Despite his proclamations of mutually beneficial cooperation with the West, Erdogans actions undermine the possibility of a sincere deal with the European Union or the United States.

The situation is further complicated by something that seems to strongly afflict Ankara: Greece’s diplomatic presence is larger in the west, especially in the United States. The disproportionately aggressive statements by Turkish officials about the presence of American troops, i.e. NATO allies in Thrace, near the Greek-Turkish land border, and the use of the port of Alexandroupoli, suggest a concern in Ankara.

Sources with a long and deep experience of geopolitical balances in the Balkans and the Eastern Mediterranean, the Turks are not only disturbed by the occasional presence of American troops in Thrace or elsewhere in Greece, as in Souda, but also because they are Washington report is exploring an alternative in case relations with Turkey end in stalemate. In other words, Greece is treated as the southern point of an axis that begins in the Aegean Sea and ends in the Baltic Sea, with Turkey not necessarily being part of it.

The revival of the pharaonic plan of a canal in Istanbul, a second Bosphorus which, according to Turkey, will not be burdened by the restrictions of the Montreux Convention of 1936 concerning the strait regime, suggests precisely this discontent of the Erdogans and of his compatriot AKP the travelers. Of course, no one in the West wants a break with Turkey just yet, but those who follow developments closely believe that the creation of alternative routes and the design of deterrence plans speaks volumes.

The EU’s position is unique. Individual members like Germany and Spain are very skeptical about the future of Greek-Turkish relations. Spanish banks are dangerously exposed to a pressured Turkish economy, while German politicians constantly fear that Turkish Germans may affect the election result in one way or another. However, the report by High Representative Josep Borrell, which reflects a compromise between Commission members and the divergent views of former Spanish politicians, shows, among other things, that the EU is becoming more suspicious. The initial belief that the problems between the EU and Turkey can be alleviated has been replaced by the desire to find a modus operandi with the country which is clearly on a divergent path compared to the EU and its priorities.

All of this means that Athens remains vigilant and on hold. As Kathimerini has written repeatedly in recent months, there are three likely scenarios for how Anklara might choose escalation. First, by returning a research vessel to the eastern Mediterranean. Second, by using a mobile drilling rig. Third, by re-militarizing refugees and migrants. Last year, the pandemic had a relatively quiet year on the latter front. However, the feeling that the pandemic could recede has once again emboldened traffickers, as the latest developments in the eastern Aegean show.