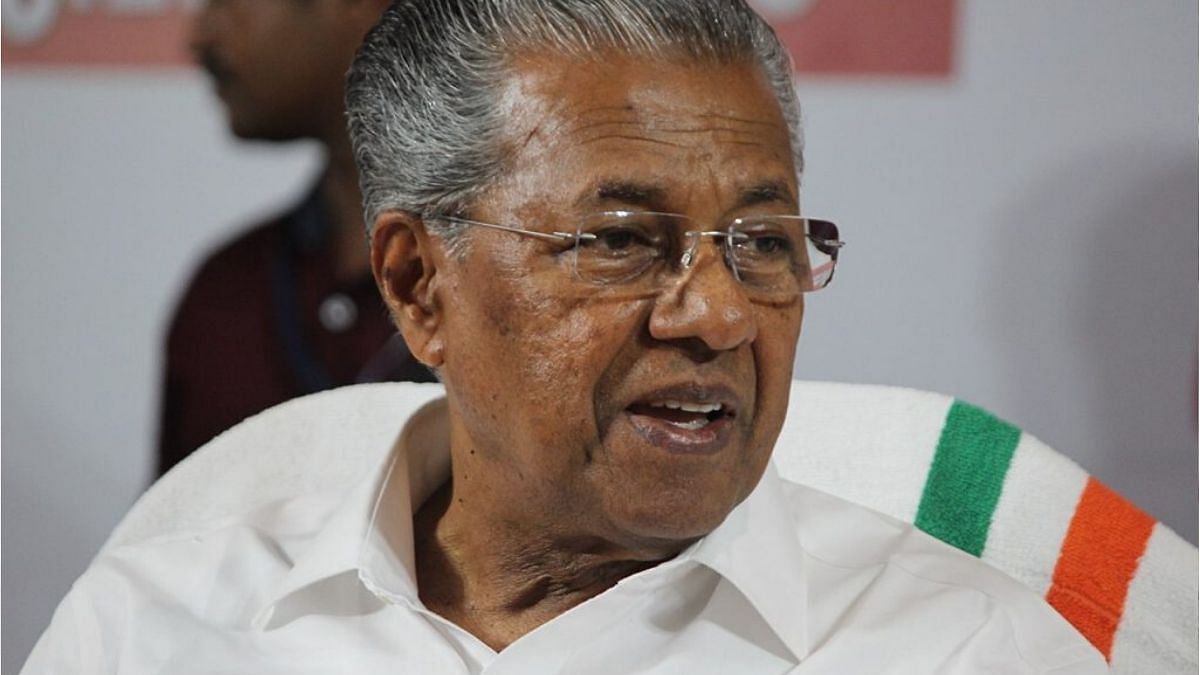 Pinarayi (northern Kerala): As Kerala heads to the polls on April 6, Chief Minister Pinarayi Vijayan and his Left Democratic Front (LDF) will seek to break an almost 20-year record.

Since 1982, the LDF and the Congress-led United Democratic Front (UDF) have alternately held power in the state. Vijayan is now seeking to reverse this trend.

The prospects of the chief ministers have been strengthened by his government’s management of the Covid-19 pandemic and by the continuously performing state on socio-economic indicators.

In this exclusive interview with ThePrint in his native village of Pinarayi, the Chief Minister talks about the development of the state, its voting chances, the Sangh Parivar and the reasons why secularism needs to be strengthened in the country.

Kerala has paved roads, streetlights work at night, and people seem reasonably content and well fed. Why is it so different from the northern states of India?

Pinarayi: Kerala is an extended city from Thiruvananthapuram to Kasaragod. All places have all the amenities. Whether it is a village or a city, the roads are good and people have good access to the amenities of life. This is the unique feature of Kerala.

Resources of the Kerala Infrastructure Investment Board Fund (KIIFB) contributed to improving the socio-economic indicators of the States. But how do you, as a communist, borrow in the market?

Pinarayi: It is not about being a Communist or a supporter of Congress or the BJP. It is about developing our state and helping our state to progress. This is not possible using only the state budget allocation. So, for the development of basic infrastructure, we had to find funds. This is why we have reconstituted KIIFB.

We had promised basic infrastructure projects worth Rs 50,000 crore. But we have formulated a number of projects and plans worth Rs 63,000 crore including schools, hospitals, roads, bridges etc. This is what the Communist Party has been trying to do since 1957.

Your Finance Minister, Thomas Isaac, traveled to London to ring the bell on the London Stock Exchange? How can a Communist Party do this?

Pinarayi: There is nothing to surprise about this. The government needed funds, for which loans are normally taken. Masala bonds (which KIIFB issued on the London Stock Exchange in 2019) are based on this loan model. We got permission from RBI and then sold masala bonds. When questions were raised in Parliament, the Center said that we had obtained permission from RBI. There is no restriction on the Communist Party for such activities.

Also read:Time and tide on the Malabar coast: let Rahul Gandhi swim, we will vote for Pinarayi Vijayan

Why did Nirmala Sitharaman accuse the KIIFB of corruption when the Law Enforcement Directorate filed a complaint?

Pinarayi: These are just political movements. The BJP did a lot of things, which shouldn’t have been, by keeping an eye on the elections, as the statement by Nirmala Sitharamans and the actions of the ED clearly show. It shouldn’t have been done. I don’t agree with that. We strongly opposed it.

Is a complaint against KIIFB an endorsement of what you are doing?

Pinarayi: What ED is doing is wrong. Their actions will not be legally valid. KIIFB works for the state government. Some ED officials work against the federal structure of the country. We don’t agree with that.

So do you do sabka saath, sabka vikaas as PM Modi says?

Pinarayi: We defend the development of the state. We have already made it clear.

Prime Minister Modi accused the Left Front of being a Judas and said he sold the state for a few pieces of silver.

Pinarayi: Everyone knows who played the role of Judas in our country. Our Constitution guarantees secularism. Everyone knows what force the country has acted against this secularism. The murders of Graham Staines and his two children took place in our country (Australian missionary killed in Odisha in 1999). We also remember what happened in Kandahar. In a country that has such memories, I would only say that when you talk about Judas it would be good to keep in mind who it would affect.

What is your opinion on Sangh Parivar and PM Modi?

Pinarayi: Who carried out attacks against Christians in our country? Everyone in the country knows that. The Sangh Parivar was tasked with leading these attacks. Who protects the Sangh Parivar? We should see this. Everyone in the country knows who the leader of the BJP is. The RSS still holds the leadership of the BJP. The BJP is just an organization that works under RSS. We must not forget that.

You are sometimes called the Narendra Modi of Kerala …

Maybe Narendra Modi should be called the Pinarayi Vijayan of India

How do you see the elections in West Bengal?

Pinarayi: It is important to strengthen secularism. There are a lot of attacks on secularism. If secularism is to be protected, we must take a firm stand against communitarianism.

Also read:How Left in Kerala invokes both Marx and the market to hold on to power in this election

Should the opposition unite to fight the BJP?

Pinarayi: That’s what I said. In order to protect secularism, we must not make any compromise vis-à-vis communitarianism. It is not enough to pretend that you are secular.

But the left is fighting Congress in Kerala but has joined the Bengal party. Isn’t that a contradiction?

What are the lessons you learned in Bengal?

Pinarayi: We have properly taken stock of the situation in West Bengal. In addition, the West Bengal Party is now moving in a better direction.

What did the Communists in Keralas do differently from the Soviet Union, which collapsed 30 years ago?

Pinarayi: When such problems arose in the world communist movement, the CPM was able to properly analyze and speak within the party about what was happening in the Soviet Union at that time. Thanks to this, we were able to carefully preserve the CPM. We have been able to assert that Marxism-Leninism is right. The point is, we were able to sustain it without too many injuries. In Kerala, the CPM and the Communist Parties were strong before and continue to be so.

How do you plan to do in this election?

Pinarayi: It will be a great victory for the LDF this time.

When football was electric, hockey was tabletop and tennis was pong