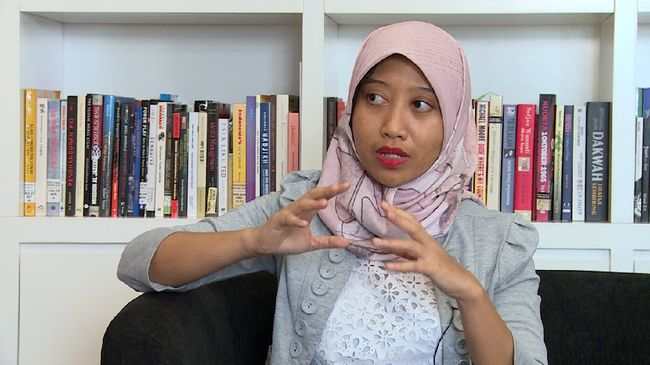 Special staff (Stafsus) millennium President Joko Widodo (Jokowi), Ayu Kartika Dewi recounts his experience when he was trapped in a fire at the Tamansari Sudirman apartment in South Jakarta on Sunday (4/5). He was trapped for some time before being evacuated by firefighters.

Initially, Ayu said that around 3:00 AM WIB, she woke up in the darkness of her apartment.

“I woke up but I just said in my heart “ oh the lights are out ” then I fell asleep again“He said in a upload to his Instagram account,@ayukartikadewi.

Then around 4:30 am WIB, Ayu wakes up again hearing the sound of the engine. But at that moment Ayu thought it was mist and he chose to sleep again.

At around 5:30 a.m., movement formulator Sabang Marauke saw smoke starting to enter his apartment. He then opened the door to the room and saw a hallway full of thick smoke.

“I complained about the reason the fire alarm didn’t go off at all and there was no announcement on the speaker, “he said.

Still around 5:30 a.m., Ayu then put on his mask. He picked up a travel bag containing all of the titles, then walked down the fire escape stairs from the 15th floor.

However, after walking only one floor, he couldn’t continue. He said the smoke was too thick and couldn’t see anything even though he had turned on the flashlight on the cell phone.

At that time, he told me that his eyes were very sore and difficult to open. In addition, his nose and throat were burning.

“If I continue, I might pass out, and I don’t know if there’s a fire ahead,” he said.

Ayu then returned to her apartment and checked the condition of the balcony. Ayu sees clean air and no fire. He then opened the balcony door.

To keep the smoke out, he took a wet towel and closed the slit in the front door with the wet towel. He then chose to wait in his apartment.

While waiting for him, he contacted several people to request information about the fire.

“The information is the same. The fire was put out, the smoke was pumped out with a giant fan. It is safer to wait at the top, the evacuation is still in progress, “he wrote.

While on the resident group’s WhatsApp, Ayu reads information from residents on the same floor with her who was already out of breath. Ayu then asked if there were other residents still in the room or not.

At that time, according to him, there were not many people in each unit. He turned out to be one of the most recently evacuated residents.

After waiting a while, Ayu then heard faint footsteps. The steps came closer to his room and there was a cry of “evacuation”.

Ayu then opened the door and shouted to say his position. At that time, he said there were four to five officers who entered his apartment covered in sweat and streaked with black ash.

According to Ayu, at this time, the officers stopped for a while in her apartment to breathe, as it was only in Ayu’s unit that the air was still clean enough.

After that, he was then evacuated from his apartment by officers via emergency stairs.

Ayu said that when she got downstairs, she saw that there were nearly 25 fire trucks deployed with over 100 officers.

“They arrived at the scene within nine minutes of being called by residents. If they weren’t there, I don’t know what happened to me. Thank you firefighters. Me and hundreds of residents owe our lives”Ayu said.

A fire broke out yesterday at the TamansariSudirman apartment in Setiabudi.

The fire is said to have taken place around 3:38 p.m. WIB which struck the electric transformer in the basement of the apartment located at number 42 of Jalan Bek Murad, Kelurahan Karet Kuningan, Setiabudi district.

The fire did not engulf the entire unit, but rising smoke evacuated the occupants.

There were no fatalities in the blaze and the cause of the fire in the electrical transformer is also unknown.