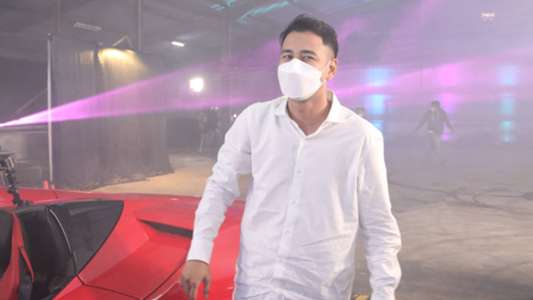 The 2021 La Liga 2 event will be even more lively with the inclusion of Indonesian public figures as club owners. It is not wrong if Muba United CEO Ichsan Sofyan, who was met in Jakarta on Sunday (4/4), said that the competition for Ligue 1 can be very interesting.

Ichsan Sofyan’s statement is very reasonable. Because on February 22, 2021, a new team with the name Dewa United FC appeared. The club was formed after the acquisition of shares in Martapura FC, which reportedly went through a financial crisis.

Dewa United immediately set a high goal in La Liga 2 2021. The club, which will be headquartered at Indomilk Arena Stadium, have ambitions to advance to Ligue 1 in the 2022 season.

The Dewa United Club is headed by Kevin Hardiman as CEO. Rendra Soedjono, who is often known as the presenter of Indonesian football, served as the Director of Operations (COO).

Dewa United will later be formed by Kas Hartadi. He is a coach who successfully led Sriwijaya FC to the 2011/2012 Indonesian Super League despite financial difficulties.

Kas Hartadi was also the character who managed to promote Central Kalimantan Putra to Liga 1 20219. The club have confirmed they are at the top level after beating Persita Tangerang in the race for third place in La Liga. 2 2018.

Dewa United are currently moving fast in signing Persija Jakarta second goalkeeper Shahar Ginanjar. On the front lines there was an aging striker who was brought in, namely Herman Dzumafo. Rafli Mursalin as a player of the U-23 national team has also been signed by Dewa United.

Not only Dewa United FC, said Ichsan Sofyan, Persis Sola will also become a respected club in La Liga 2 2021. Why? At the club headquartered at Solo Manahan Stadium, there are Kaesang Pangarep, Kevin Nugroho and Erick Thohir who have collaborated to take over the actions of PT Persis Solo Saestu (PSS). The details are 40% taken by Kaesang, 30% for Kevin and 20% for Erick. The remaining 10 percent belong to Persis’ 26 internal clubs.

Kaesang, as the son of the President of the Republic of Indonesia Joko Widodo, acts as the senior manager of Persis Solo. The club, nicknamed Laskar Samber Nyawa, were formed by Eko Purjianto and currently have a selection of players to go to La Liga 2 2021.

He is said to have targeted Yabes Roni Malaifani, Arapenta Lingka Poerba midfielder and Bali United’s Mr Taufiq. In the event of official membership, the presence of these three players may increase the expectations of an exact promotion in Ligue 1.

La Liga 2 exposure is expected to increase with the appearance of club Rans Cilegon FC. The club emerged after Raffi Ahmad as an Indonesian celebrity acquired ownership of Cilegon United.

Rans Cilegon FC did not immediately set a promotion target in Ligue 1. They wanted to organize themselves before they were ready to compete for promotional tickets. Rans Cilegon FC also plan to build a FIFA standard pitch as the team’s headquarters in the Pantai Indah Kapuk (PIK) 2 area, north of Jakarta.

“Interestingly, the sign of the rebirth of the national football ecosystem has been seen with the interest of young people in getting involved in the industry in Ligue 2. Don’t be surprised if the prestige of La Liga 2 will rival Ligue 1 with the presence of young personalities who have jumped to liven up the competition in 2021 ”, he declared.

Indeed, PT Liga Indonesia Baru (PT LIB) as the operator of the league has not yet determined exactly when the competition will take place. However, the success of the 2021 Menpora Cup which entered the quarterfinals is a green light to obtain authorization from the national police headquarters.

So far, La Liga 1 is targeted for a July kick-off and generally La Liga 2 follows shortly thereafter. “I believe that PSSI and PT LIB can conduct 1st and 2nd league competitions well. Sports competitions are a sign of our awakening to the Covid 19 pandemic,” he concluded.

5 things to know before the stock market opens on Monday, April 5