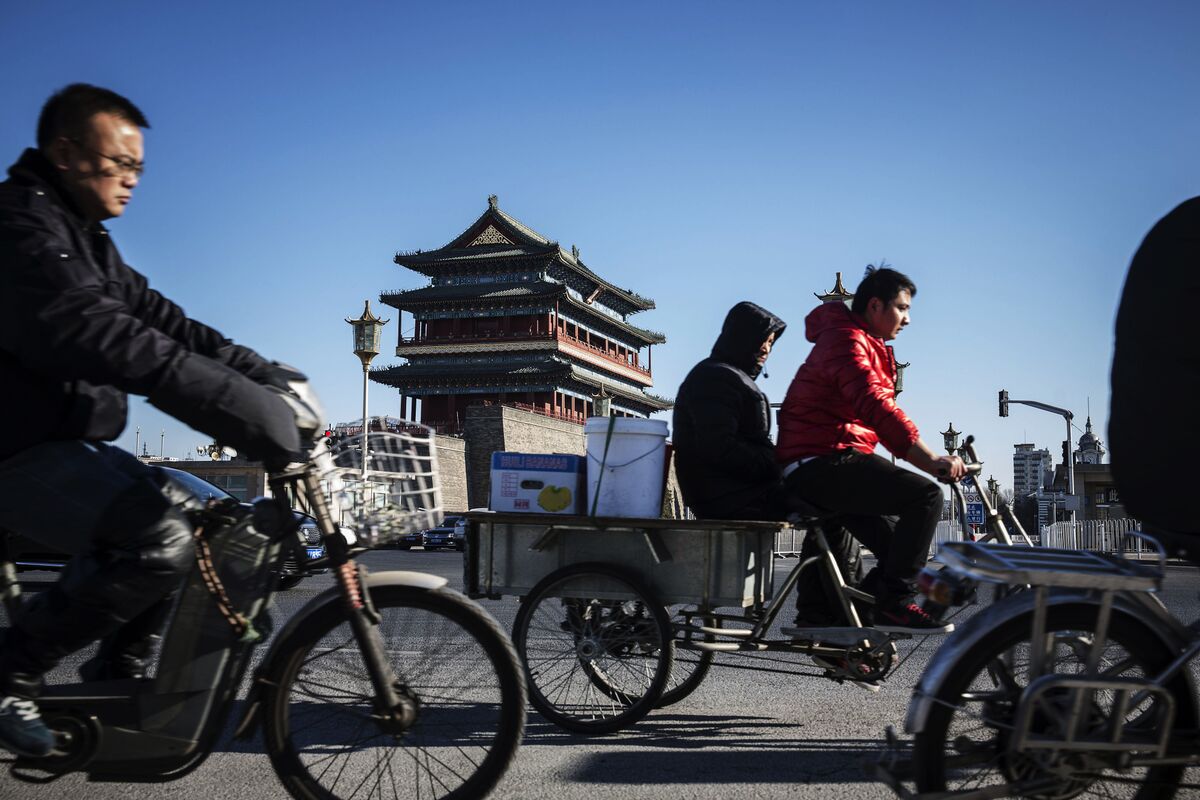 Welcome to the daily Hyperdrive briefing, decoding the revolution reshaping the automotive world, from electric vehicles to self-driving cars and beyond. Click here to subscribe.

China can boast of having the most electric cars in the world, but they are nowhere near as ubiquitous as electric bikes. These $ 200 to $ 600 two-wheelers are a vital part of the future of clean transportation in the country. There are around 300 million electric bicycles on Chinese roads; this number is expected to increase due to increasing popularity and political initiatives.

China became widely known as the “kingdom of the bicycle” in the 1970s. Anyone born before the 1990s remembers being in the back of a parent’s basic human-powered bicycle to get around. A press article even featured a photo of a young president Xi Jinping, girl in tow, out for a ride.

Bicycles began to fall out of favor at the turn of the millennium when ordinary Chinese families began to buy their first cars. In addition, the rapid expansion of highways and the construction of buildings in mega-cities like Beijing, Shenzhen and Shanghai have made driving on the streets less convenient and less safe.

Over the past five years, two-wheelers have made a huge comeback, in part thanks to the bike-sharing craze driven by startups like Mobike, in which William Li, the founder of electric car maker Nio, was one of the first investors. In increasingly populated cities, bicycles have once again become a good option for short-haul commuters or for traveling the last mile of a trip that connects a destination to a metro station or bus stop. And even though China is the world’s largest automobile market, the car ownership rate relative to the country’s vast population is still very low, so there are hundreds of millions of Chinese families for whom an automobile is still. out of the question.

The number of electric bicycle manufacturers in China underscores the potential of the sector. There were around 51,600 registered e-bike manufacturers in China in 2020, up 83% from 2019, according to government data. And 223,000 companies were engaged in activities related to the electric bicycle industry in February. Investors have quoted. Shares of Yadea, a Shanghai-based Hong Kong-listed company that designs and manufactures electric scooters and bikes, have risen nearly 815% in the past 12 months; Jiangsu-based Ezgo Technologies, which is listed on Nasdaq and makes electric bikes with lithium batteries, soared 350% on its commercial debut in January.

However, investors don’t just see the greener side of e-bikes. They are also seeing China’s regulatory policies change. New national standards for e-bikes were introduced in April 2019, governing things like a bike’s weight, maximum speed, and voltage rating. Two-wheelers which do not comply are not registered. Since the life cycle of an electric bike tends to be around three years, many consumers are looking for a new set of electric wheels that ticks all the boxes.

As you walk the streets of Beijing, it’s hard to ignore the fact that more and more young people are using e-bikes and are actually pretty cool. Lost your bike in a jungle of other two-wheelers? You can locate it using an app on your mobile phone. Can’t find your friend’s apartment? No worries, the GPS built into your bike can guide you. Is your cell phone running out of power? Charge it using your bike’s battery. You can even connect your bike to a mini projector and use the residual power to watch a movie while relaxing outside with your friends.

These types of applications and many moreYe Jianhui, co-founder and CEO of Ezgo, sees e-bikes as becoming commonplace in China. In his eyes, bicycles can also be centers of communication and entertainment, besides being the great equalizer of transport that they already are in society. The Chinese youth of today may be the owners of the Tesla Model Y of tomorrow. Until then, they want that same high-tech, clean, green lifestyle, Ye says.

China isn’t the only place Ezgo and its rivals are targeting.Southeast Asian countries like Vietnam are where China was ten years ago in terms of demand for e-bikes. Like China, they have young and upwardly mobile populations whose public mindset makes them an ideal target market.

“What we sell is not just a transportation tool,” says Ye, who turned to bicycle manufacturing after a career in finance. “It’s a platform for people to have better lives.”

Rivian plans tospit-type electric vehicle chargers across America – at least 3,500 fast chargers at 600 sites and some 10,000 slower-charging “waypoints” at campgrounds, motels, trailheads, etc. also a discreet indictment of American infrastructures: what currently exists, it seems, is not enough. But for CEO RJ Scaringe, the potential savings from jumping the proprietary network aren’t worth the risk.