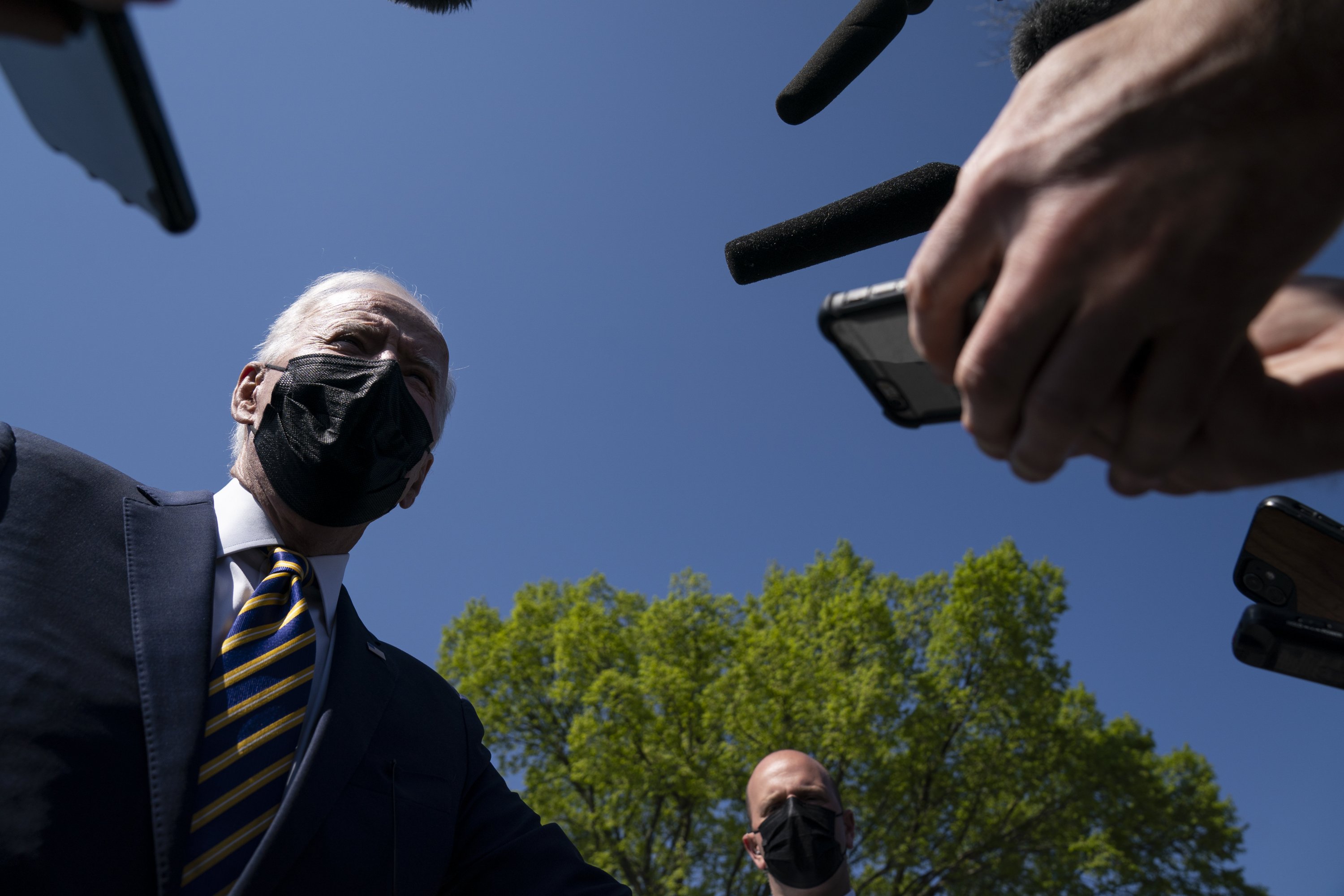 WASHINGTON (AP) Pushing for billions of dollars in development spending, President Joe Biden and Democratic lawmakers are casting Americans’ eyes in the rearview mirror, pointing to a booming and ambitious China they say threatens to overtake quickly the United States under global influence and capacity.

It’s a national security case for a domestic spending program: which the proposed $ 2 trillion in investment in transportation and energy in the United States, manufacturing, the Internet and other sectors will make the United States more competitive in the face of Chinese President Xi Jinpings’ massive infrastructure-building campaign. .

The argument is that today, competition with China is more about economic and technological gains than about weapons and that its outcome will have an impact on the financial growth and influence of the United States, on its ability to defend. American alliances and security interests abroad; and on the daily lives of Americans.

This ground did not convince the Republicans. They say his proposal has been loaded with unnecessary spending plans and that higher taxes will ultimately hurt the US economy.

Republican Senate Leader Mitch McConnell said Republicans could support a much more modest approach, which doesn’t rely on corporate tax hikes to pay it off. The Bidens plan is something that was wrong to do, McConnell said on Monday.

To varying degrees, infrastructure management enjoys bipartisan support. Americans experience breakdowns, delays, and irritation on transportation and electrical systems designed in the 1960s and before. Meanwhile, China’s latest five-year plan calls for the establishment of hundreds of airports, coal-fired power plants and other standard infrastructure projects. Xi also calls on his country to focus on new infrastructure, including investments in 5G networks and other digital infrastructure.

Time and momentum are on our side, Xi said at a Communist Party meeting last year.

China spends more on infrastructure projects in other countries than the United States spends at home, said Jonathan Hillman, a China expert at the Center for Strategic and International Studies. This and China’s long-standing economic boom, fueled in part by its domestic infrastructure spending, is helping China become more influential internationally and may give it more confidence in claiming Taiwan and other disputed territories or by asserting its interests, some argue.

Using a rival’s urgent warnings to push for more infrastructure and research spending is a Cold War-tested technique. Former US presidents have singled out the Soviet Union in building up the US road network, space program, and weapons stockpiles.

And in the case of infrastructure, Bidens’ repeated warnings that China and other countries are eating our lunch are borne out by many crucial indicators and by the observations of almost anyone who has traveled extensively overseas.

Almost every day in the United States, service providers are announcing somewhere that the power is off, that the wi-fi is off, said Min Ye, a researcher at Boston University whose work focuses on the China and the intersection of economy and security.

Referring to her two decades of living in the Boston area, Ye says she hasn’t seen any really significant upgrades to tired local road networks, no upgrades to bus routes that would help her get in more. easily in the city, no rail maintenance that would make a train trip. in New York to see more attractive friends.

While Ye was happy to see Boston Logan International Airport launch plans to beautify its interior and parking lot, it had been over a quarter of a century since the United States had last built a major new airport, in Denver. University studies and economists claim that hours wasted delays in the air and on roads and rails cost billions of dollars in lost productivity.

And the federal government estimates that 18 million Americans lack the Internet. The internet is expensive compared to other major economies. It all led to scenes of American workers and school children sitting in fast food parking lots doing their jobs online this year as the pandemic closed offices and schools.

Research for the Group of 20 Rich and Developing Countries estimates that China’s infrastructure spending as a percentage of on-track domestic production is more than three times that of the United States.

Schumers aims, he says, to strengthen American competitiveness and counter the growing economic threats we face around the world, especially from the Chinese Communist Party.

Ordinary Americans might start to feel the impact of China’s infrastructure investments and other supports to the digital economy relative to the United States in big and small ways, said Hillman, the CSIS researcher. There might be minor annoyances, such as one day having a hard time finding a USB cable with the right metal tip that matches their laptop, as design standards might start to follow those in China’s booming market, not from the United States, Hillman said.

But in the end, it will lead to fewer jobs in the United States, Hillman said. It is the thing that will be the most immediate in everyday life.

Ryan Hass, former Chinese director of the Obama administration’s National Security Council, warns against overestimating the threat the rise of China poses to the United States. China faces its own problems with debt, an aging population and slowing worker productivity gains, Hass said.

If the United States makes progress in solving some of its own problems, including its infrastructure deficit, it will remain highly competitive with China, Hass said.

Feat Of Construction An example of a change in work culture