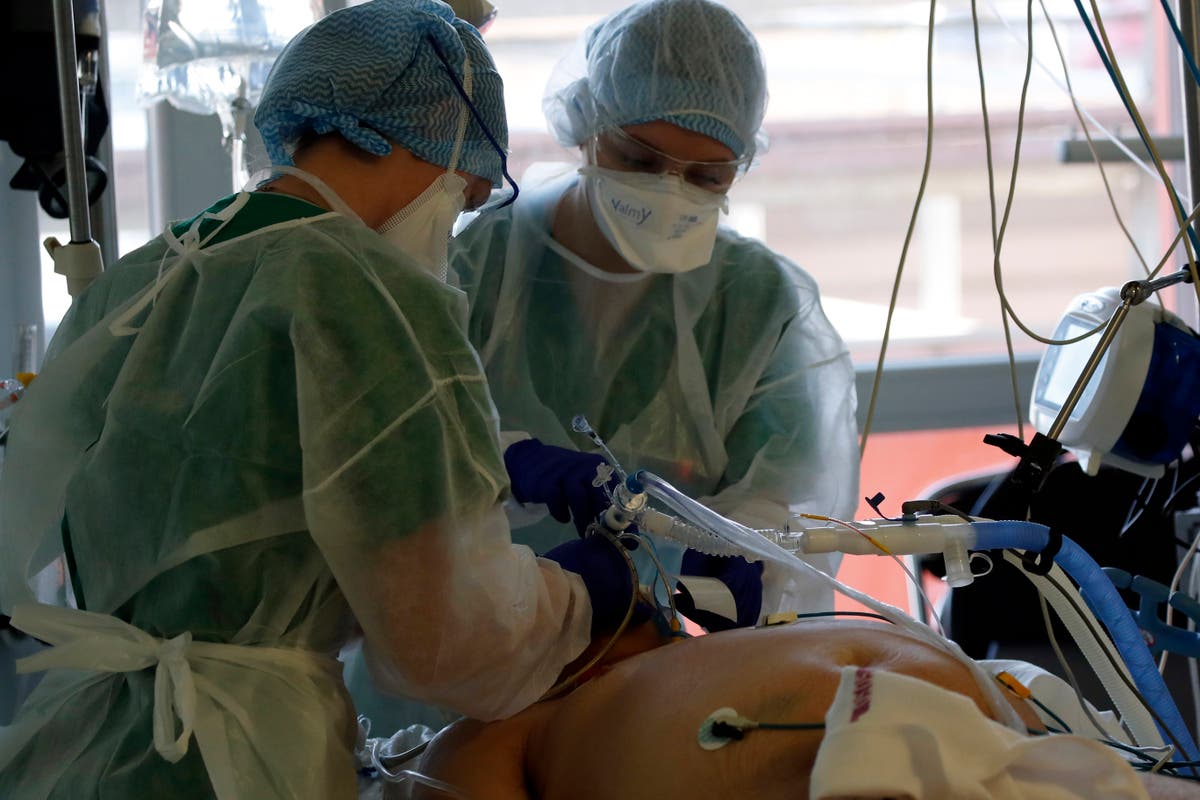 European countries rushed on Monday to curb an increase in the number of COVID-19 cases and increase vaccinations, hoping to prevent hospitals from being overwhelmed by the latest deadly wave of infections from the pandemic.

The crush of coronavirus patients has been relentless for hospitals in Poland, where new daily infections have reached record highs of over 35,000 in the past two days and the government has ordered new restrictions to prevent large gatherings during the long Easter weekend. France’s health minister has warned that the number of patients in the intensive care unit could match levels from a year ago.

But a sign of disparities between countries, British Prime Minister Boris Johnson has announced that barbers, gyms and outdoor bar and restaurant terraces could open next week after the country reported vaccine progress and its recent lockdown. Meanwhile, the U.S. vaccination campaign continued to accelerate, with 40% of the country’s adult population receiving at least one dose.

On Sunday, coronavirus patients filled almost all 120 beds at the Bochnia County Hospital, 40 kilometers east of the southern city of Krakow. One patient, Edward Szumanski, 82, expressed concern that some people still refuse to see the virus that has killed more than 2.8 million people worldwide as a threat. About 55,000 of these deaths occurred in Poland.

The disease is certainly there, and it is very serious. Those who haven’t gone through it, those who don’t have it in their families may be deluding themselves, but the reality is different, he said.

The most contagious and aggressive variant of the virus identified in Britain is fueling much of the increase in Europe. Meanwhile, voters in many countries are angry with the European Union’s strategy, but also with their own government’s handling of the pandemic and the failure to prevent repeated spikes in infections.

Veran expressed hope that new infections in France could peak this week thanks to new partial lockdown measures. After long resisting calls for a new lockdown, the French government has closed schools and closed all non-essential stores across the country and imposed travel restrictions for four weeks.

We will manage, said Veran.

The British government announced on Monday that all adults and children will be able to undergo routine tests for the coronavirus twice a week in order to eradicate new outbreaks. The tests are introduced as Johnson announces next steps in the country’s roadmap after his three-month lockdown.

Britain has recorded nearly 127,000 coronavirus deaths, the highest toll in Europe. But both infections and deaths have fallen sharply during the lockdown and since the start of a vaccination campaign that so far has given a first dose to more than 31 million people, or 6 in 10 adults.

Authorities in the Ukrainian capital, Kiev, have introduced tighter lockdown restrictions following a recent spike in virus cases. All schools in the city of 3 million people will be closed for the next two weeks, and only people with special passes will be allowed to use public transport.

The hospitals are almost full. The situation is difficult, said the mayor of Kiev, Vitali Klitschko.

In Greece, which is struggling to emerge from a deep recession, most retail stores were allowed to reopen on Monday despite a continued rise in COVID-19 infections. Lockdown measures have been in place since early November, although stores have opened briefly around the Christmas season. Extended shutdowns have put pressure on the economy.

Serbia has also relaxed measures against the coronavirus despite a high number of infections and a slowdown in vaccinations. The government on Monday allowed bars and restaurants to serve customers outside at reduced capacity and in compliance with social distancing rules.

In the United States, a senior public health official said young people were behind the latest rise in COVID-19 cases, as rising vaccination rate among older Americans prevents more severe cases in the elderly.

Dr Rochelle Walensky, director of the Centers for Disease Control and Prevention, cited the growing spread of variants as well as the increase in youth sports and extracurricular activities as contributing factors to the steady increase in cases over the past four years. weeks.

But Walensky pointed to positive developments among the elderly, who are the most vulnerable age group. Deaths from the virus among seniors fell to their lowest level since early fall. More than 75% of people aged 65 or older nationwide have received at least one dose of a COVID-19 vaccine, and nearly 55% are fully immunized.

What we are seeing is both a decrease in emergency department visits and hospitalizations associated with this demographic, she said Monday.

More than 23% of all adults in the United States are fully vaccinated, according to the CDC.

Many states are making vaccines available to younger people. As of Monday, any adult in Florida is eligible to receive the vaccine. In addition, the state announced that 16 and 17-year-olds could also be vaccinated with parental permission.

The United States and China need each other