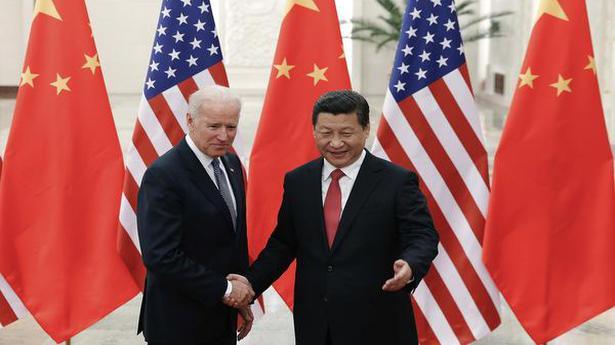 US President Joe Biden has called Chinese President Xi Jinping and North Korean President Kim Jong-un thugs, Turkish President Recep Tayyip Erdogan as an autocrat and Russian President Vladimir Putin as a killer. Like individuals, nations are also inclined to use epithets, but they are upset when they are redeemed in similar currency. Therefore, the meeting of US-Chinese foreign ministers in March in Alaska was instructive in many ways.

The public is used to reading articles about conversations between international leaders. These often portray a righteous West educating the world on how to behave while building a media narrative for the domestic audience. It cannot be assumed that foreign rulers who receive rants from their Western counterparts are penance listening to no response. It should be noted that there are few readings of conversations between non-Western leaders, who do not pontificate and do not have global media at their disposal.

Former US President Donald Trump accused China of unfair trade practices and pursued a dual policy of proposing deals and threatening sanctions, but China continued to expand its influence and counter US funding increases military by expanding its own military power. The United States and Europe have imposed sanctions on China, Russia and others. The US-sponsored Quad with Japan, India, and Australia will prove to be a strenuous endeavor because even some of the US’s official allies have reshaped their foreign and economic relations with China.

Confrontation and competition between the United States and China will dominate this century. Mr Biden censored China for human rights abuses in Hong Kong and Xinjiang, assault in South and East China seas, intimidation from Taiwan, theft of property intellectual, currency manipulation and cyberattacks, but these homilies are incidental to US-Chinese tension, which is due to the rise of China transforming the parameters of power and US attempts to tighten the China before it became an even competitor. China will overtake the United States as the world’s largest economy, has established a global network of economic ties, and established multilateral and financial institutions such as the Shanghai Cooperation Organization, the New Development Bank, and the Asian Infrastructure Investment Bank to compete with the West-dominated International Monetary Fund. and the World Bank.

The preliminaries of the Alaska meeting were not promising: Beijing saw it as the start of a strategic dialogue, while Washington reduced it as a one-off event. US Secretary of State Antony Blinken, hoping to seize the initiative, opened the meeting with an indictment against China, including breaches of values; threats to a rules-based order that maintains global stability; China’s actions in Xinjiang, Hong Kong and Taiwan; cyber attacks against the United States; and economic coercion against American allies. To this, the leader of the Chinese Communist Party, Yang Jiechi, countered that China would strongly oppose interference in China’s internal affairs, referred to the United States’ struggle for democracy and the mistreatment of people. minorities, and criticized US policies as seeking military and financial hegemony to impose extraterritorial jurisdiction to suppress other countries. He concluded that the United States is abusing definitions of national security to obstruct normal trade.

These sharp exchanges were intended for respective national audiences. The American media have been puzzled as to how to portray this accusation of their country’s politics and have resorted to qualifying the Chinese position as intemperate. Despite the bombing, the Americans are asking the Chinese to deal with some issues, and the meeting ended with an innocuous agreement to work together on issues such as climate change, COVID-19, Asia-Pacific economic cooperation and the G-20, health, cybersecurity. , the Iranian nuclear issue, Afghanistan, Korea and Myanmar.

US-Chinese rhetoric masks the reality that the two countries need each other not only for global stability, but also for growth, supply chains, jobs, services, investment and market access. China’s rise to power has generated booms for many Asian and Western economies and has accelerated the United States’ transition to the lower end of manufacturing. The indiscriminate sanctions against China are unlikely to result in any behavior change, and it is clear that the harassment will not go unanswered. The United States is dealing for the first time with an economic and military rival it cannot face, and economic interdependence today makes the war of words confined to words. Mr Putin summed up this situation well: they (the Americans) think we are like them, but we are different. We have a different genetic, cultural and moral code. With the mistrust that reigns in the regions, any possible solution becomes an insurmountable problem.

Krishnan Srinivasan is a former Minister of Foreign Affairs

Open vaccination for people over 25: Maharashtra CM to PM Modi: The Tribune India