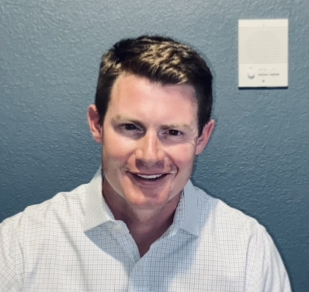 Michael Wood, an anti-Donald Trump Republican running for a special election in Texas, has just been endorsed by the state’s largest newspaper.

The Dallas Morning News on Monday recommended Wood to represent the 6th Congressional District. The approval comes amid a Republican primary that currently has more than 20 candidates. The competition is scheduled for May 1st.

“Considering the crowds, it is unlikely that a candidate will total more than 50% of the vote in this open competition, which means the top two finalists will advance to a second round,” the editorial board wrote in an editorial.

He continued: “Nonetheless, our nod in this race goes to Michael Wood, 34, a Fort Worth businessman and military veteran who we believe embodies key Conservative principles of limited government, low taxes, debt reduction, reform of rights programs, religious freedom, free trade (including a tough stance on China’s abuses), and support for Second Amendment rights. “

Wood announced his candidacy on March 1. In his first campaign video, Wood warned that the GOP must not become “a cult of personality” and specifically blamed former President Donald Trump for Republican election losses in the 2020 cycle.

Wood said he couldn’t bring himself to vote for Trump in 2016 because he considered him “unfit to be the commander-in-chief.” But he backed him in the 2020 race, saying he was “a better president than I expected, especially when it comes to judges, deregulation and Israel.”

“But he no longer deserves that support,” reads Wood’s campaign website. “His actions since Election Day have been appalling and he bears direct responsibility for the attack on the Capitol on January 6, 2021. This man has lost his right to lead my party again and for the good of the country, the patriotic Republicans must stand. and tell the world, “Donald Trump doesn’t represent us anymore.” “

Rep. Adam Kinzinger, an Illinois Republican who is leading the charge against the Trump wing of the party caucus with his new “country first” political action committee, celebrated the newspaper’s endorsement of Wood. Dallas.

“Congratulations! Americans deserve serious conversations about real issues… that’s what @ COUNTRY_F1RST and @michaelwoodtx are like,” Kinzinger posted on Twitter.

According to Politico, Kinzinger’s PAC has so far given $ 100,000 to congressional candidates, including Wood.

The Dallas Morning News said in its Monday op-ed that while he “does not see any agreement with Wood at all on all points, including some aspects of his position on immigration, but believes Wood represents a bridge for the GOP to find its goal, “the newspaper wrote, adding that Wood” could help the party find its core conservative principles. “

Wood wrote to Newsweek that this approval “was a milestone in our campaign.”

“In a crowded field filled with so many seasoned politicians, our biggest hurdle has been name identification. The editorial has already dramatically increased our visibility and we’re seeing those results in our fundraising,” said Wood. “He also sent out a strong statement because it was the only endorsement in a ‘jungle primary’ competition – the council felt I was the best candidate to represent 6th District, regardless of the party. I’m very grateful for supporting him, and I’m excited about the boost to my campaign as we enter the home stretch.

Michael Wood is a Republican candidate for the Texas 6th Congressional District House of Representatives. Wood was endorsed by the state’s largest newspaper on Monday. Michael Wood for Congress

Allow vaccination for everyone over 25: Uddhav to PM