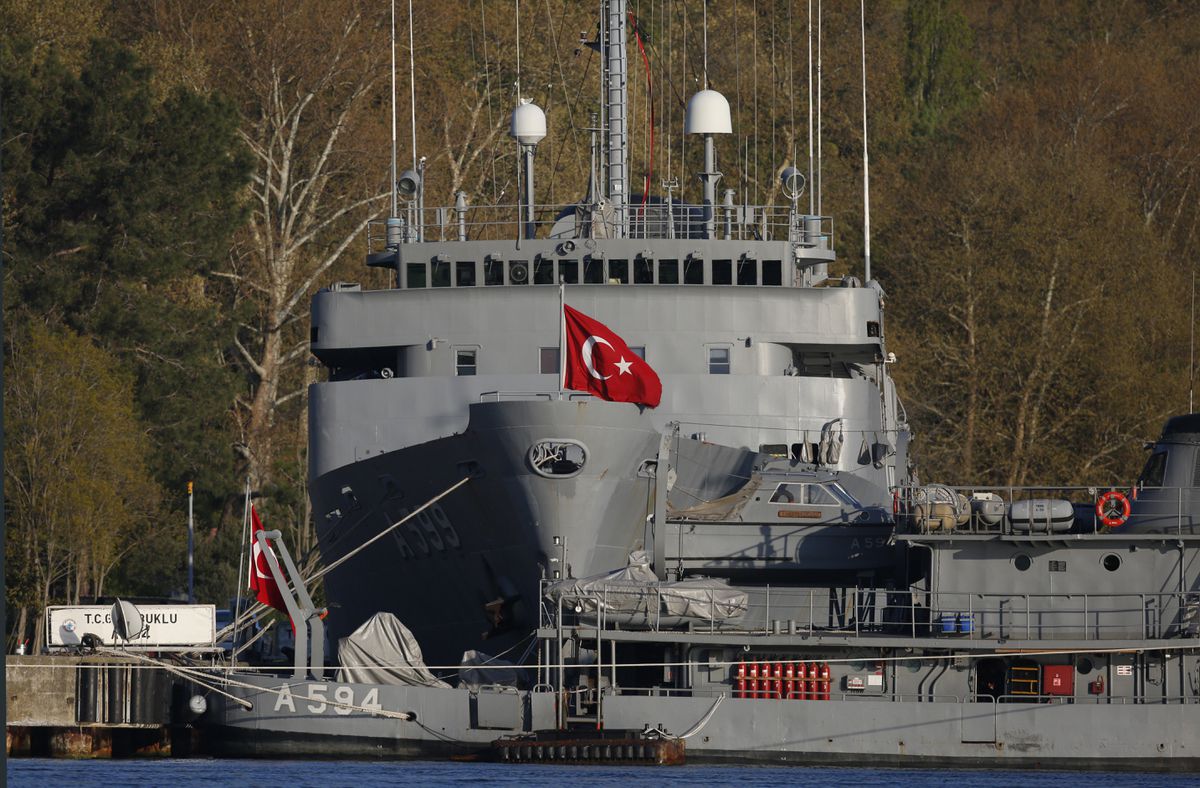 Turkish authorities on Monday arrested 10 retired admirals after a group of more than 100 former senior naval officers declared their commitment to an international maritime treaty, a statement that government officials were linked to the history of Turkey’s military coups.

The retired admirals have been detained as part of an investigation into whether they reached an agreement to commit a crime against state security and constitutional order, the report said. Turkish national agency Anadolu. Ankara’s chief prosecutor opened the investigation on Sunday.

Four other former naval officers were asked to report to authorities within three days, but were not arrested due to their advanced age, Anadolu reported.

Authorities also stripped the suspects of their rights to government housing and bodyguards, the news agency said.

In his first comments on the statement released on Saturday evening, Turkish President Recep Tayyip Erdogan accused the admirals of having ulterior motives, dismissing arguments that the former officers were content to express an opinion.

This act, which took place at midnight, is definitely a malicious attempt in its tone, method and according to the debates it would clearly lead to, Erdogan said.

He spoke after calling a meeting with the head of the intelligence agency, the chief of military staff and some members of his cabinet to discuss the admirals’ declaration.

It is by no means acceptable for retired admirals to make such an attempt in the middle of the night in a country whose history is full of coups and memorandums, Erdogan said.

The 10 retired admirals were held in their homes in Ankara, Istanbul and Kocaeli, and were questioned by the capital’s attorney general’s office.

Anadolu reported that they included Cem Gurdeniz, the name behind Turkey’s controversial Blue Homeland doctrine, which claims vast sections of the Mediterranean Sea and Aegean Sea and its submarine energy deposits. The concept is at odds with the claims of Greece and Cyprus in the region.

A total of 103 retired admirals signed the declaration declaring their commitment to an international treaty that regulates navigation through the Bosphorus and Dardanelles straits, which connect the Mediterranean Sea to the Black Sea. The 14 suspects allegedly organized the statement.

The statement was released amid a debate over whether Erdogan, who withdrew Turkey from an international convention to protect women last month, could also remove the country from the 1936 Montreux Convention, which regulates passage through the straits, and other international treaties.

The Erdogans’ plan to build an alternative waterway north of Istanbul that would bypass the Bosphorus also sparked a debate on the Montreux Treaty.

The fact that the withdrawal from the Montreux Convention was open to debate in the Istanbul Canal talks and the authorization to exit international treaties was greeted with concern, the retired admirals said in their report. declaration.

The statement sparked strong condemnation from ruling party and government officials, who drew a parallel with statements that accompanied past military takeovers in Turkey.

Erdogan expressed his commitment to the maritime treaty, but did not rule out its revision in the future.

We have no current plan or intention to leave the Montreux Convention. But if the need arises in the future, we will not hesitate to review any convention to make sure our country gets a better deal, he said.

Earlier, Defense Minister Hulusi Akar, former military chief of staff, said the declaration served no purpose other than to undermine Turkish democracy, shatter the morale of Turkish armed forces personnel and to please our enemies.

Turkey experienced coups d’état in 1960, 1971 and 1980, and a 1997 military intervention prompted the resignation of an Islamist-led coalition government. In 2016, a failed coup claimed more than 250 lives.

Our Morning Update and Evening Update newsletters are written by The Globe’s editors, giving you a concise summary of the day’s most important headlines. register today.