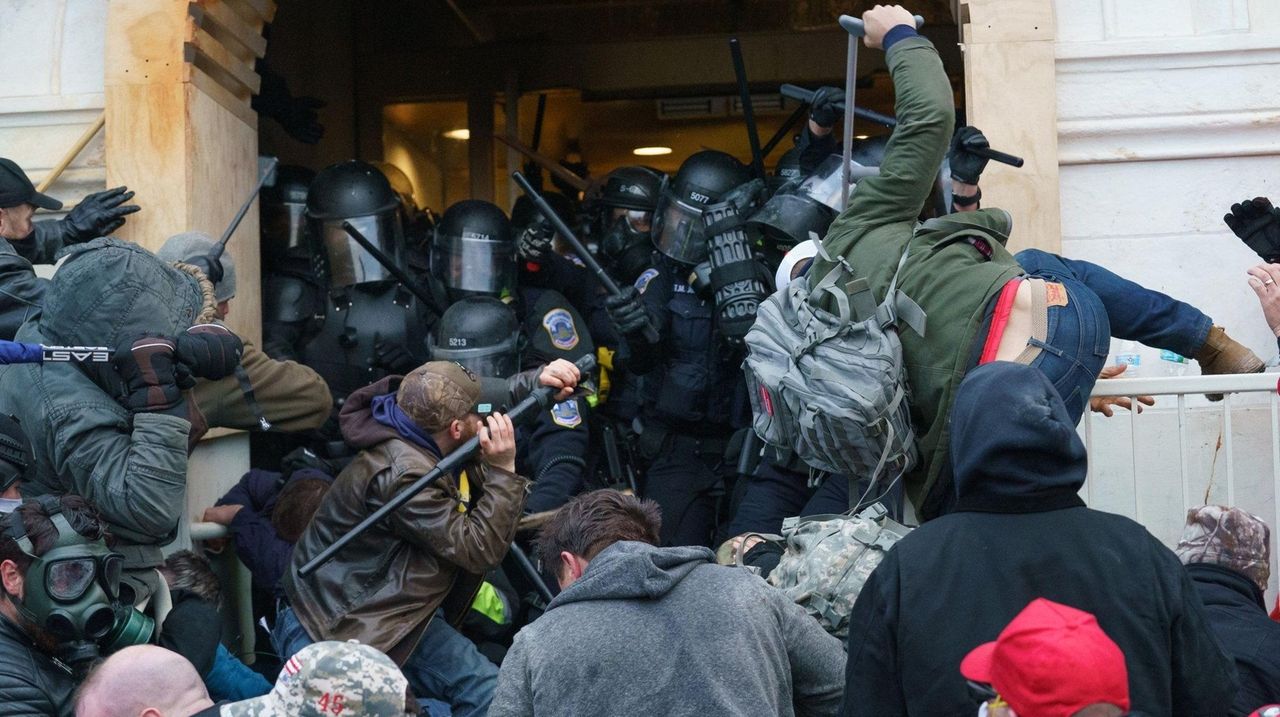 It’s been four months since a crowd of Donald Trump supporters invaded Capitol Hill as a joint session of Congress counted the electoral college’s votes to formally certify Joe Bidens’ victory. Unsurprisingly, in a polarized country, competing accounts of the events of January 6 have cropped up, with not only pro-Trump conservatives, but also non-conformist and anti-establishment progressives questioning the standard narrative of a dangerous anti-democratic insurgency.

Are the dissidents right or are they just lost in the fog of propaganda?

Trump, who was barely willing to condemn his supporters for the January riots and whose actions that day earned him a second indictment, is now leading the revisionists. Late last month, on Laura Ingraham’s Fox News show, he claimed the crowd posed “no threat”, that some of the people who entered “were greeted” and “hugged and kissed. the police and the guards ”.

Meanwhile, Glenn Greenwald, a progressive independent journalist and lawyer who harshly criticizes the policies of the Republican and Democratic establishment, has argued that while the mob’s actions can be defined as a “riot,” claims of a “Violent insurgency” is unfounded and is used. expand the powers of government.

Greenwald has made a number of questionable claims, for example, that it is wrong to portray the riot as a “violent insurgency” because the rioters did not use guns. (Beating police officers with flagpoles already sounds bad enough.) But some of his criticisms of the media coverage are valid.

Far too many reporters and experts have taken up initial reports that Agent Brian Sicknick, the only victim who was not part of the pro-Trump mob, was clubbed to death with a fire extinguisher. Early reports that he had been “hit by a fire extinguisher” turned into more dramatic allegations of a bloody gash in his head. It was only last month that it was revealed that Sicknick did not suffer any blunt injuries and that the exact cause of his death remains unknown. (It could be harmful chemicals sprayed on his face.)

Other widely reported claims, for example, that rioters intended to capture and possibly murder members of Congress have also been rejected by federal law enforcement. The infamous photo of a rioter holding plastic handcuffs inside the Senate chamber does not provide, as some have argued, evidence for such plans: according to a memorandum from the prosecutor to the Federal Court in the support for Eric Munchel’s pre-trial detention, he recovered them. a table inside the building after the break-in.

Register for The Point

Ironically, Trumpian claims the rioters were practically hosting a lovefest with cops and guards are also based in part on initial misstatements by progressive journalists, who intended to assert police favoritism towards right-wing white protesters. . (In fact, it appears guards at one entrance waved to protesters when there was no chance of holding them back.)

Trumpist revisionists and vicious leftists alike are pushing a false narrative when they downplay the rioting violence, which left some 140 police officers injured, or dismiss allegations of an attack on democracy. The intention of the rioters was to nullify the legitimate results of an election; “Insurrection” is not particularly hyperbolic. But the neglect and hyperbole of the mainstream media undoubtedly contributed to the fog.

Cathy Young is a contributor to Reason magazine.

Bilawal is just a newborn in politics: Ahsan