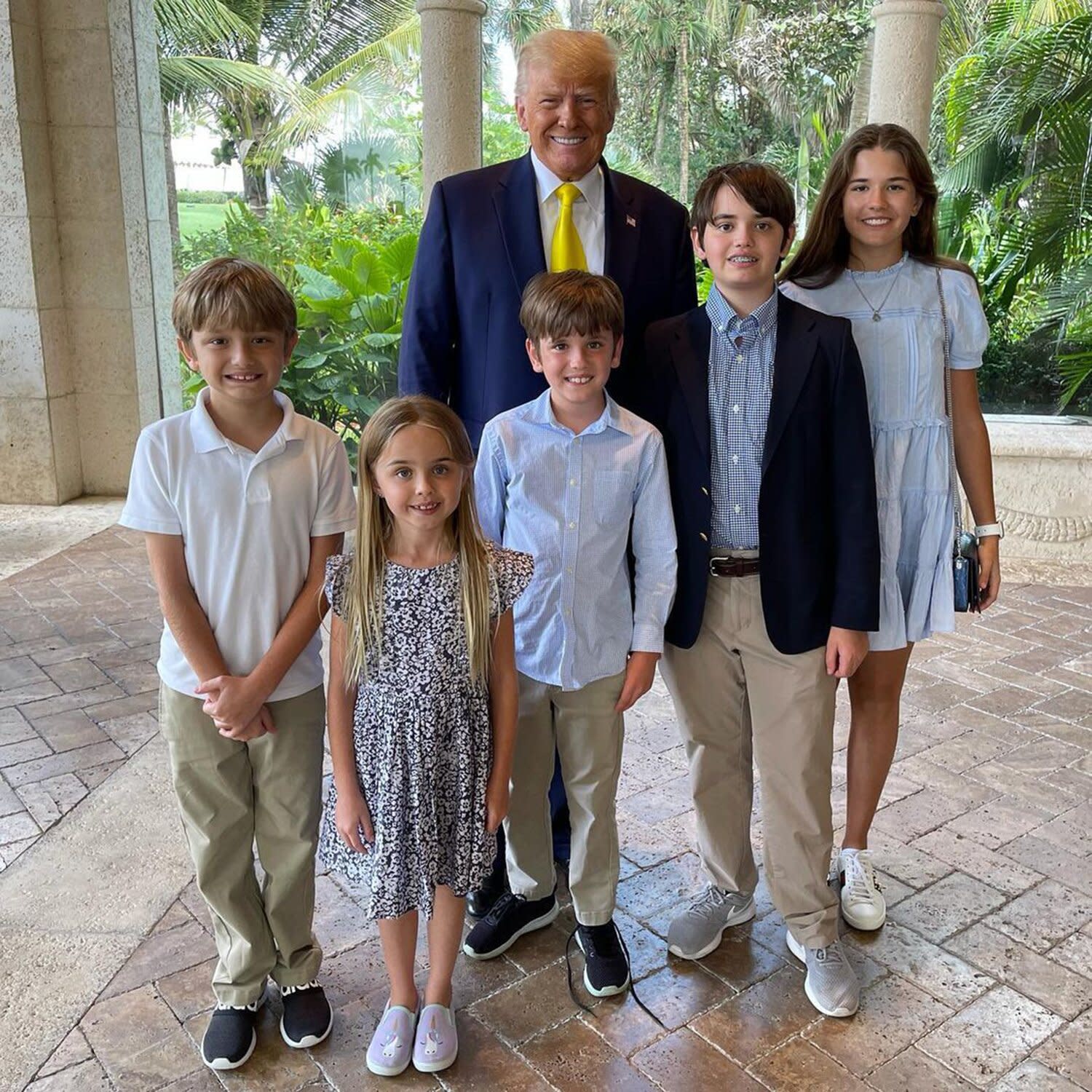 Former President Donald Trump joined his family for a rare appearance after the White House on Easter Sunday, attending a church service in Palm Beach, Florida, before participating in an annual egg hunt at his private club.

Since leaving Washington, DC, Trump, 74, and former first lady Melania Trump have spent most of their time in Mar-a-Lago which now serves as both their home, after some local objections, and their post-White’s site. Home offices. (The former president was launched from traditional social media websites, his favorite platform, in the wake of the attack on the U.S. Capitol.)

Ms Trump, in particular, has remained largely under the radar, although the couple and their 15-year-old son Barron made a point of spending some special occasions in the public dining room at Mar-a-Lago.

Indeed, the three could be seen having dinner in the club’s dining room on Good Friday.

The former president and the first lady then attended a Sunday service at Christ Fellowship Church in Palm Beach Gardens, where they were publicly greeted with cheers and a welcome from Pastor Todd Mullins, who told parishioners: ” It is also our privilege, my privilege, today to welcome the President and Mrs. Trump as well. “

In a statement released after the service, in an implicit acknowledgment of Trump’s political reputation, Mullins said “everyone” is welcome to his church’s Easter service.

“We always invite everyone to join us in the Fellowship of Christ in celebrating the resurrection of Jesus. This year, perhaps more than ever, we hope that Jesus’ message of hope and salvation will spread widely. and will bring joy to all who hear it, ”the statement read, according to local station WPTV.

From there, the Trumps returned to Mar-a-Lago, where they were joined by Trump’s sons Donald Trump Jr. and Eric Trump, daughter-in-law Lara Trump, and several grandchildren for the egg hunt.

In a video posted to Facebook, Don Jr. said he and Guilfoyle were celebrating the Florida vacation with their children, including Donald Trump III, 12, Chloe, 6, Spencer, 8, Kai, 13, and 9-year-old Tristan and Guilfoyle’s 14-year-old son Ronan, whom she shares with her ex-husband Eric Villency.

Don Jr., 43, said that “after that kind of crazy year just being able to hang out with the family, I mean it’s number 1.”

Guilfoyle, 52, added she encouraged followers to “take a moment to reflect on this past year and the blessings we have” and the “friends and family we have lost” to the pandemic COVID-19, which dominated President Trump’s final year in office as he knowingly downplayed it.

In the video filmed before the Sunday festivities, Don Jr. and Guilfoyle noted that the Easter egg hunt had a family reputation as “a little competitive,”

Trump Jr. continued, “We’re going to go through the same with our kids. I feel bad for Ronan, because he’s so nice. My kids can eat him alive in this one. It could get pretty tough and exciting. . ”

“Melania acts like she isn’t really happy, but has accepted what’s required of her to live the lifestyle she loves,” the social source says. “She loves the spa, the outdoor beauty and the European vibe that many enjoy at Mar-a-Lago. It is safe to say that she is playing the game for personal gain. Here it is not a bad thing. . “

Another club source says she hasn’t seen Ms. Trump much lately, even before the club’s recent COVID-19 shutdown.

The former president, meanwhile, has teased a run for 2024 even as he has been increasingly embroiled in legal issues since leaving office.

President Trump faces two lawsuits for the Jan.6 Capitol riot by a crowd of his supporters, while the New York appeals court recently ruled that he also faces a defamation lawsuit against him by former apprentice candidate Summer Zervos.

In New York, officials have stepped up their investigations into his family’s business dealings.

Trump has denied any wrongdoing.

With reporting from LINDA MARX