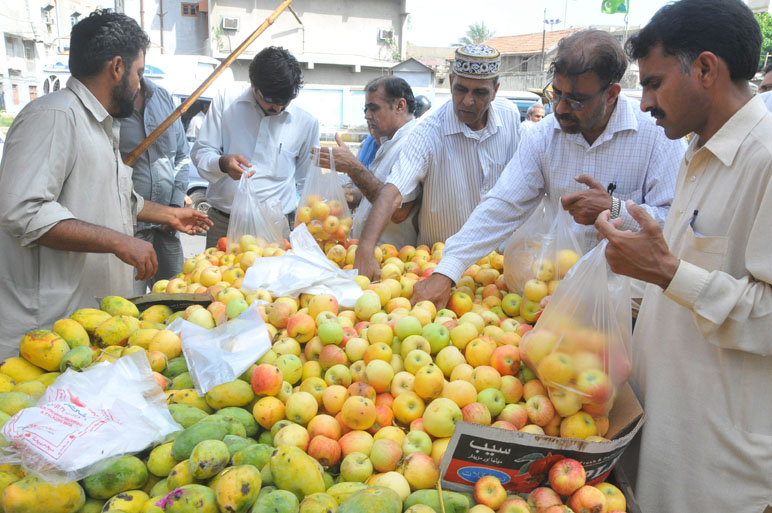 Uncontrolled inflation has become the most worrying problem for Pakistanis, as two-thirds of those polled in a new poll described the current economic situation as bad with growing skepticism about any improvement in their conditions.

Ipsos – a global market research and consultancy firm – conducted the investigation a week before Prime Minister Imran Khan sacked his second finance minister in as many years for failing to control inflation.

The results of the survey revealed that consumers had very low confidence and were reluctant to make investment decisions. They were also not very optimistic about the future of the economy and jobs. Fear of losing jobs lingered far behind, with rising inflation at the top of the list of problems related to the economy.

For 32% of respondents, inflation was the most worrying issue, followed by unemployment (20%) and Covid-19 (16%), the poll results showed. The results of the survey also put a question mark on the priorities of Prime Minister Khan, who spoke of eradicating corruption more than reducing the economic problems of the population.

The results showed that only 3% of respondents said corruption, bribery, adultery and nepotism were a problem for them.

According to Ipsos, about a tenth of those polled mentioned increasing poverty as the most worrying problem. People were asked about their confidence in the economy, their views on where they are now compared to a year ago, investment decisions, job prospects and the issues of greatest concern to them. The survey was conducted from March 18 to 24.

About 38% of respondents from Khyber-Pakhtunkhwa said rising inflation was their main concern – a ratio that was 31% in Sindh and Punjab and 30% in Balochistan. Unemployment was the second most worrying issue for residents of four provinces, followed by Covid-19, which was the third biggest concern in three provinces except Balochstian, where it was fourth among the five issues most worrying.

Corruption was at the bottom of the top five concerns in three provinces, while for people living in the Punjab, it was not an issue that deserved their attention, according to Ipsos. Only 7% of respondents said the current economic situation was very good and for 29% it was quite good.

About two-thirds of respondents – 64% to be precise – said the economy was in bad shape. When asked if the current state of the economy in their region is good, only one in ten said it is strong. For about three in ten people it was weak and for the rest of the respondents it was neither weak nor strong. However, pessimism about the future economic outlook is growing. Some 41% of those polled saw no improvement, but instead said the economy would weaken further.

Pakistan’s economic conditions have remained fragile in recent years and things have deteriorated further over the past two and a half years except for the improvement in the current account deficit which has also been achieved by slowing economic growth. . Another area in which the government could claim some success was in foreign remittances.

The new Minister of Finance has declared that controlling inflation is the government’s top priority and stressed the need for coordinated and consolidated efforts by all parties concerned to provide essential items to the general public at affordable prices. fair.

However, uncertainty remains as the media learns of Shaukat Tarin’s appointment as the new finance minister.

The Prime Minister also expelled his critics from the Economic Advisory Council (CAE). People representing the interests of the elite were given seats at the top table, being chaired by the Prime Minister himself.

About eight in ten people said they were less confident in their job security, while 43% said they had lost their job in the past six months due to economic conditions.

The results of the Ipsos research are based on primary data collected from a nationally representative sample of 1,000 people.

The survey showed that people were unwilling to make personal investment decisions over the next six months due to low overall confidence in the economy. On the investment index, the score was 25.7 compared to India where it was almost 60.

Some 82% of those surveyed said they were less confident about a major purchase.

France and navigation to the Quad-plus – The New Indian Express