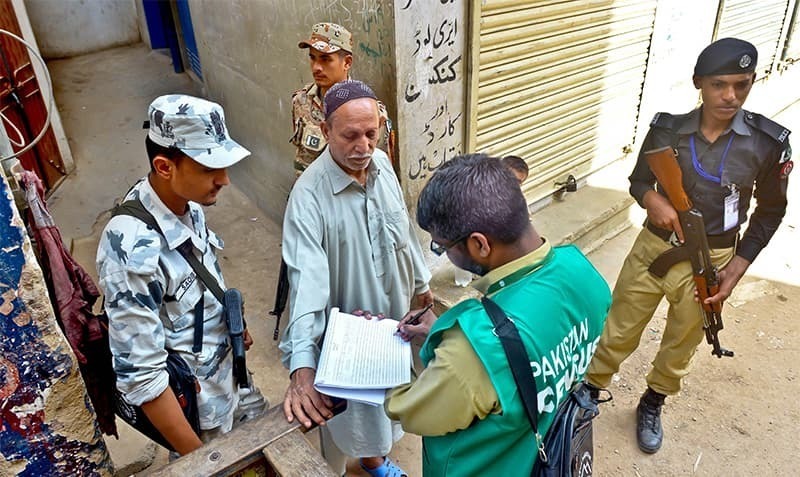 ISLAMABAD: The Common Interests Council (ICC), in a meeting on Wednesday, again failed to reach consensus on the controversial 2017 national population census as Sindh continued to express strong reservations on its results.

The ICC was unable to approve the census, which has been on its agenda for three years, due to the Centre’s inability to allay reservations expressed by the Sindh government led by the People’s Party. Pakistani.

Upon notification of the 2017 census results, it was decided to hold a virtual meeting on Monday to make a final decision on the matter, an official press release issued by the prime minister’s office said.

Pakistani government Tehreek-i-Insaf inherited the census issue as Sindh’s disagreement over the census emerged during the previous Pakistani Muslim League-Nawaz government in 2017 and since then the problem has remained.

The government of Sindh and the Muttahida Qaumi movement have categorically rejected the 2017 census results from day one, complaining that the population of Sindh and Karachi was smaller than the actual census population.

In an important decision, the meeting decided to create a permanent secretariat of the ICC as required by article 154 (3) of the Constitution.

The meeting approved the National Electric Power Regulatory Authorities (Nepra) Annual Report for 2019-2020 and the State of the Industry Report 2020.

As per the instructions of the 43rd ICC meeting, comments from the provinces have been incorporated into the Nepras annual report for 2018-2019 and the State of the Industry Report, 2019.

The ICC approved an amendment to the oil policy (exploration and production) of 2012.

A report on the implementation of decisions previously taken by CCI was also presented prior to the meeting.

On the issue of importing liquefied natural gas (LNG) and the implementation of Articles 158 and 172 (3) of the Constitution, it was decided to set up a committee, made up of the ministers of planning and power and special assistants to the PM on electricity and petroleum, to hold consultations with provinces to reach consensus on the way forward to meet the challenge of dwindling local gas reserves and increasing national gas requirements.

We learned that KP and Sindh demanded that there be a uniform price for LNG.

The Punjab complained that it was also bearing the cost of the theft of electricity in the other three provinces.

It was decided at the meeting that the Higher Education Commission (HEC) would be the only national higher education standardization organization in the country. The HEC will strengthen its regional centers for better representation and coordination with the provinces.

On the distribution of Zakat funds among provinces / federal areas following the 25th Amendment to the Constitution, the meeting agreed on the formula for distributing Zakat funds. He decided that after the merger of the former federally administered tribal areas with Khyber Pakhtunkhwa, the Zakat funds for the area, according to the agreed formula, would be transferred to the KP for distribution to the deserving people of the amalgamated districts.

The biggest problem right now is the 2017 census. The population of Sindh and Balochistan was less represented in the census, he said.

Mr Wahab said all political parties had agreed on a third-party census audit, but the government was not prepared to do so. It is impossible to carry out adequate planning without a correct census, he added.

He said the Supreme Court ordered the federal government to return the money to the Sindh government it spent on these hospitals, but not a penny has so far been paid to the provincial government.

The Sindh government has filed a petition for review with the Supreme Court and the federal government is expected to wait for its decision, the spokesperson said.

In a separate meeting, the Prime Minister reviewed the law and order situation in the country.

In Indonesia, the country is free from the COVID-19 vaccine