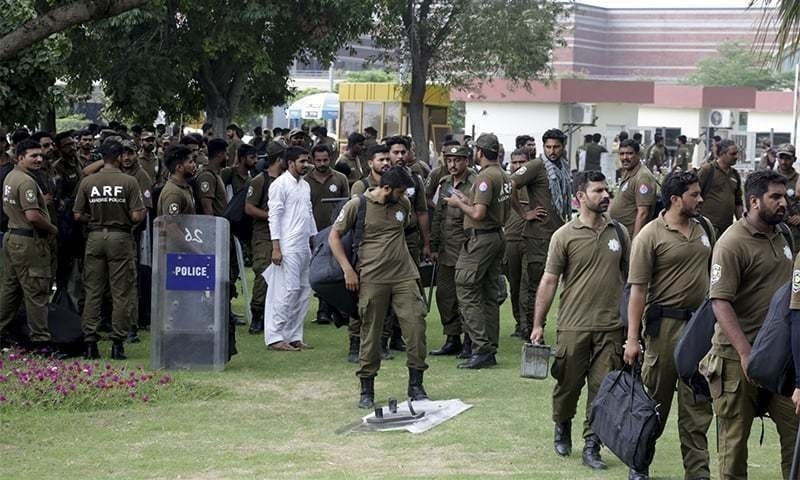 LAHORE: About a week after the bench of three Supreme Court judges upheld the Pakistan Election Commission verdict for a new ballot across the entire NA-75 constituency of Daska, the assignment of an officer to the corrupt case as the chief of police of Sialkot district raised many eyebrows.

The appointment of Mr. Abdul Ghaffar Qaisrani as the new Sialkot District Police Officer (DPO) has been questioned in the context of his performance as head of the same district and Kasur police in the past. The officer was reportedly dismissed each time for complaints of mismanagement, once by order of the CM and then by order of PM Khan.

An official development official said Qaisrani remained in post as Sialkot’s DPD in 2018 and Kasur district police chief in 2019 under Pakistan’s Tehreek-e-Insaf government in Punjab. However, he had to be transferred from the two districts due to complaints of mismanagement, he added.

In November 2018, Mr. Qaisrani, as Sialkot’s DPD, was appointed Special Duty Officer (OSD), along with then Deputy Commissioner Tahir Watoo, on the instructions of Chief Minister Usman Buzdar. The action was taken against the officers after the CM’s cavalcade was halted, allegedly due to mismanagement on its route during its visit to Sialkot, the official said.

According to the official, the main reason for the dismissal of the officers is a lack of coordination between the staff of the chief minister and the local police and administration.

Again, he said, in September 2019, while Qaisrani was Kasur’s DPD, he had to face the wrath of Prime Minister Imran Khan over the rape and murder of three minors in the district.

In his tweet on September 18, the prime minister said Kasur’s DPO Abdul Ghaffar Qaisrani had been removed from his post, investigated by SP, adding that a major overhaul was planned in the district police setup .

On the Kasur incident: there will be responsibility for all. Those who do not act in the interests of the common man will be taken to task, the prime minister said in his September 18 tweet, a day after police found the remains of two children and the body of another in Chunian tehsil of Kasur district. The minors were kidnapped months ago by unidentified culprits.

The prime minister also issued an order for the appointment of Zahid Nawaz Marwat as Kasur’s new DPD, who had helped solve the Zainab rape and murder case.

Mr Qaisrani’s assignment as Sialkot’s DPD for the second time, when the district was already under media scrutiny due to the violence and allegedly wacky role of the police in the canceled by-election of 19 February this year, has been qualified by police circles. a risky decision taken by IGP Inam Ghani.

However, the IGP appeared confident about the security arrangements for the Daska repoll.

Mr. Ghani ordered the relevant regional and district police officers to go to the field to ensure security measures and to use all available resources to organize peaceful by-elections in the two constituencies.

He ordered that additional staff be deployed for the delivery of election materials, including ballot boxes, after the completion of the voting process to ensure the safe transfer of it.

No candidate or his supporters should be allowed to violate the code of conduct issued by the ECP, Ghani said.

During the meeting, the RPOs of the Sargodha and Gujranwala regions and the DPOs of the Sialkot and Khushab districts informed the IGP of the respective security plans for the holding of the by-elections.