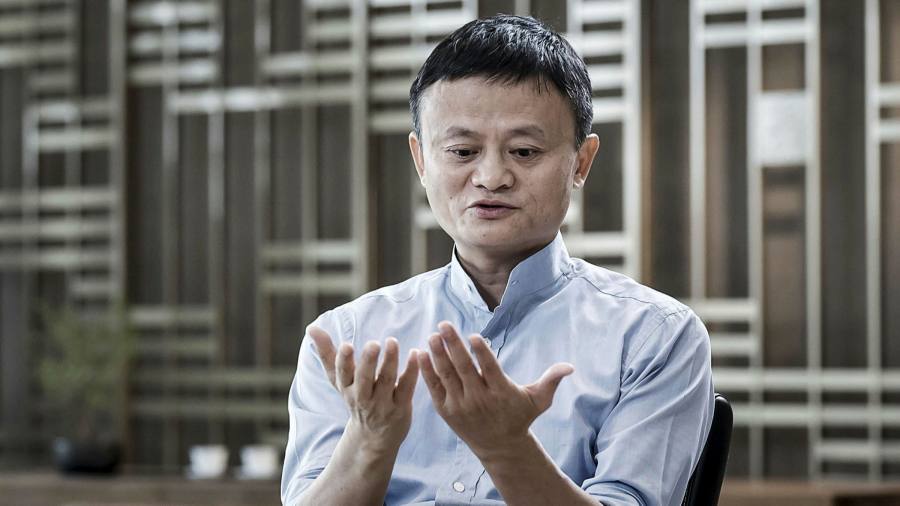 A growing number of Chinese tech companies have hired former government officials as part of efforts to deal with President Xi Jinping’s escalating crackdown on the industry.

While it is not uncommon for officials in the United States and Europe to move between government and the private sector, this was largely unknown in China until recently.

But these “revolving door” career moves have become increasingly mainstream as Xi tightened the Communist Party’s grip on the world’s second-largest economy.

Public records examined by the Financial Times showed that China’s largest internet groups, which also include Tencent, ByteDance and Meituan, have hired dozens of former officials ranging from anti-monopoly regulators to court judges. This has raised the question of how far the Xi administration can go to curb business.

One of the most prominent bureaucrats poached by the private sector is Cui Shufeng, former deputy director of the anti-monopoly office at the Ministry of Commerce, who has led competition policy research at Alibaba since 2019.

Just days before Chinese competition regulators imposed a record fine on Alibaba, Cui told government officials they shouldn’t be too hard on the company.

Authorities “should not regulate Internet platforms to the same standard [as other industries] because there is a lot of competition in e-commerce, ”Cui told a group of senior Chinese lawmakers and government advisers on April 1, according to a copy of his remarks seen by the FT.

Former Cui regulatory colleagues announced on April 10 that they were imposing a record 18.2 billion rmb ($ 2.8 billion) on Alibaba for uncompetitive behavior – a sanction the company said “sincerely accepted” .

The fine could have been much higher. It was set at 4% of Alibaba’s domestic revenue in 2019, up from a potential high of 10% of total revenue that year, or 51 billion rmb. When Qualcomm was fined then-record $ 975 million for anti-competitive behavior in 2015, the amount was equivalent to 8% of the US chipmaker’s Chinese revenue.

When I worked for the government, I couldn’t afford to rent an apartment near the office. Now I have no problem buying a house near one of the best schools in the country

“The sanction is good news for Alibaba as the investigation ended earlier than expected and the fine was lower than expected,” wrote Chen Long and Guo Shan of Plenum, a Beijing-based consultancy firm, in a research note.

There is no evidence that Cui’s speech influenced the decision of regulators.

Alibaba shares rose 6.5% in Hong Kong and 10% in New York on the first day of trading after the deal was announced. Neither Alibaba nor Cui responded to a request for comment.

Even if Alibaba, Ant, and Ma himself face further regulatory scrutiny, private groups with deep pockets will certainly remain a popular destination for low-paid Chinese officials.

“This phenomenon is very popular in the Chinese business community,” said Zeren Li, a doctoral student at Duke University who specializes in state-business relations in China. According to a study conducted by Li, Chinese listed companies had more than 4,800 executives and directors with experience working in government in 2019. This is compared to 99 two decades ago.

For Chinese bureaucrats, the rewards of a career change are high. A number of former officials told the FT that their wages increased three to six times after joining private sector employers.

“When I worked for the government, I couldn’t afford to rent an apartment near the office,” said a tech official who previously worked at a regulatory agency and asked not to be identified. “Now I have no problem buying a house near one of the best schools in the country.”

Nie Huihua, an economics professor at Renmin University in Beijing, warned that there was little disclosure of what exactly former public servants do for private employers. “It could lead to rent-seeking and loss of confidence in the regulatory system,” he said.

A senior lawyer from Tencent, based in Shenzhen, served as a judge at the Nanshan District Court in the south of the city for 14 years. Between 2018 and 2020, Tencent won nearly 94% of its cases in court, according to China Judgments Online, a database. During the same period, Tencent won around 50% of the cases it fought in Beijing.

“You can’t help but think if the difference has to do with Tencent [hires]Said a lawyer who has worked on cases against the group, although there is no evidence of improper conduct. Tencent declined to comment.

Some analysts said long delays in implementing many provisions of China’s 2008 anti-monopoly law were in part due to lobbying from former regulators who represented corporate interests.

Beijing has unveiled measures in recent years to limit the influence of former government employees. These included the requirement for former public servants to wait two to three years before joining the private sector if they cared for it while in government.

But analysts said the regulations were vague and lacked adequate transparency requirements.

“The government can find it difficult to crack down on monopolies when dominant technology companies are staffed with officials who are friends or former colleagues of regulators,” said Liu Xu, a researcher at Tsinghua University in Beijing.

Your crucial guide to the billions that are made and lost in the world of Asia Tech. A curated menu of exclusive news, precise analytics, smart data and the latest tech buzz from FT and Nikkei

Direct monitoring of the big harvest in Indramayu, Jokowi: the results are good