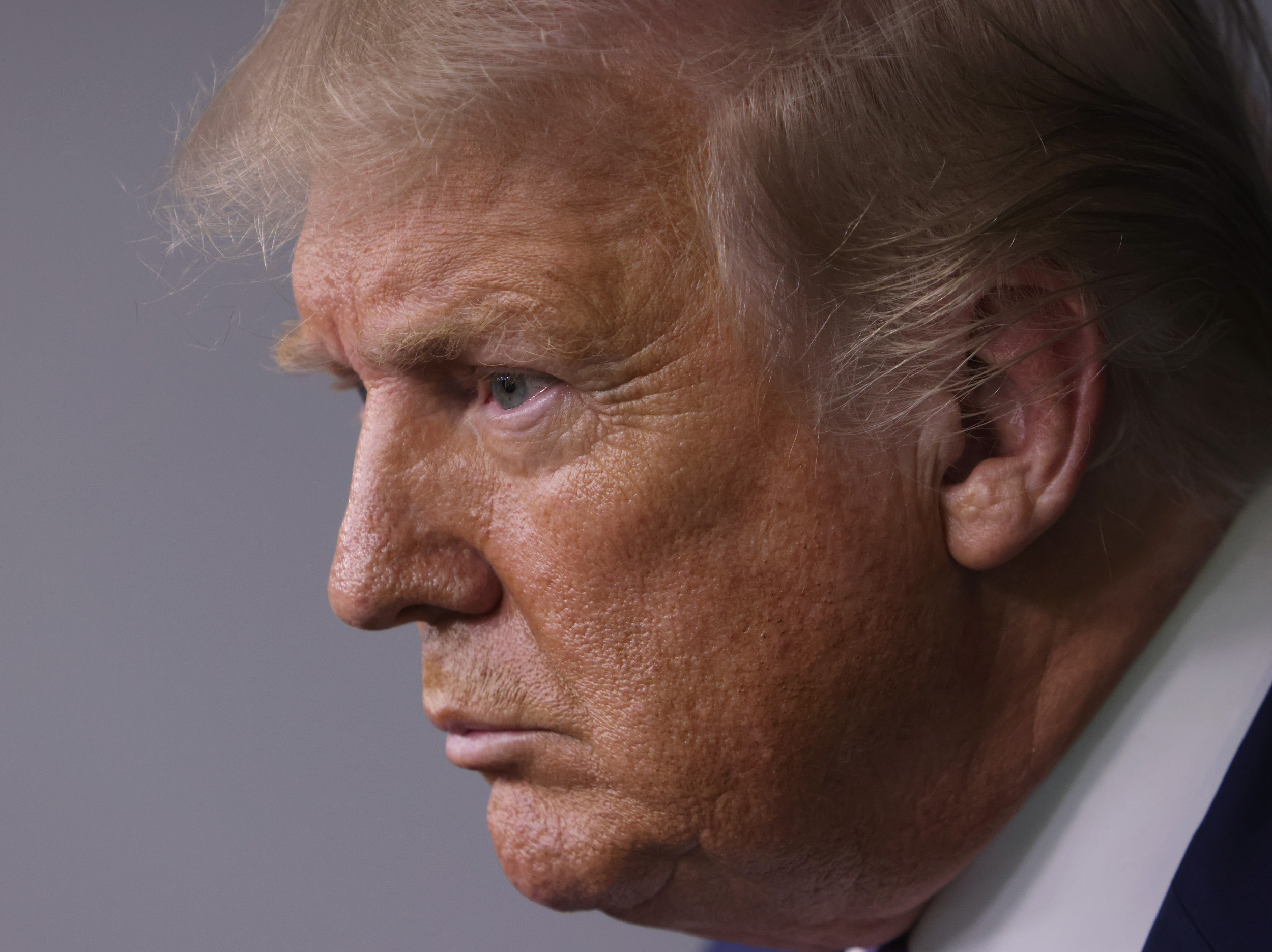 Former President Donald Trump on Wednesday said his lawyers “couldn’t even believe” the content of Project Veritas videos appearing to show a CNN employee claiming the network worked to defeat Trump in the 2020 presidential election.

Trump has suggested that a lawsuit may be pending during an appearance on the latest edition of the conservative online talk show The Dan Bongino Show. Host Dan Bongino asked the former president for his reaction to the videos, which were surreptitiously recorded by the conservative group, while suggesting they offered proof that the network was “dedicated” to impeaching Trump.

“It was an incredible thing, because it was happening was just outrageous,” Trump said. “We knew this was happening anyway Dan, listen, nobody doubted it. But now we have it from a very senior executive, we have it over there.”

“What are we going to do with it? I don’t know, maybe we’ll do something with it,” Trump continued. “But we read the transcripts and the lawyers can’t even believe it. It’s like a campaign contribution of unprecedented magnitude.”

Former President Donald Trump said on Wednesday that Project Veritas videos showing a CNN employee claiming the network worked against him in the 2020 election were “like a campaign contribution on a scale comparable to nobodies ever. seen before “. Trump is pictured during a briefing at the White House in Washington, DC on August 5, 2020. Alex Wong / Getty

A series of Project Veritas videos filmed with a hidden camera showed Charlie Chester, who would be CNN’s chief technical officer, bragging that the network “took Trump out” and proclaiming that Trump may not have lost the election. ” without CNN. “Chester was also captured describing” propaganda “reports suggesting Trump may be” neurologically damaged “and unfit for the job.

Trump told Bongino he thinks “the guys at Project Veritas have done a tremendous service,” while adding that “they get hit all the time too, I guess they get taken off Twitter and taken out of all”.

Project Veritas and founder James O’Keefe have both been permanently banned from Twitter for allegedly violating the platform’s terms of service. O’Keefe sued Twitter for the suspension of his personal account, claiming the platform falsely claimed to have created fake accounts. Project Veritas filed a libel action against CNN for reporting by the network its ban on Twitter.

If Trump decides to “do something” about Project Veritas videos by suing CNN, it wouldn’t be the first time the former president has sued the network. In November, a federal judge dismissed a Trump campaign lawsuit that claimed a 2019 opinion piece on the Mueller inquiry was false and defamatory.

The former president also lamented the state of the conservative media during Wednesday’s interview, saying there was “a big difference” between Fox News now and “what it was four years ago.” while praising rival conservative networks like One America News Network and Newsmax.

Additionally, Trump said he had previously pressured the CBS chief to turn CBS Evening News into a “conservative newscast,” saying the network could “quadruple” its ratings and “make numbers like they don’t. have never seen it before “.