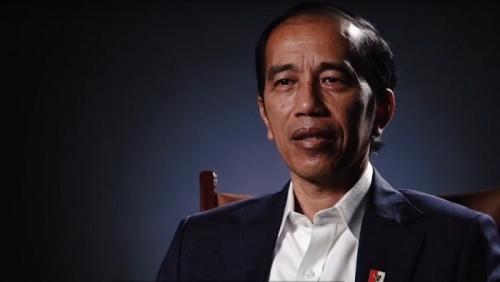 IDXChannel – President Joko Widodo (Jokowi) has revealed that the cogs of the Indonesian economy have almost returned to their normal position after the Covid-19 pandemic hit the global economy, including Indonesia.

One indicator is that from March to April 2021, the economic growth rate started to improve. This is based on several positive trends, the Purchasing Managers Index (PMI), electricity consumption, and others.

“You can see from March to April the economy has almost returned to its normal position,” Jokowi said in a virtual briefing for regional officials across Indonesia on Wednesday April 28, 2021.

The head of state is targeting national economic growth in 2021 of 4.5 to 5.5%. He is optimistic that this can be achieved as long as in the second quarter of 2021 the economy will need to be further stimulated.

According to Jokowi, if the number of Covids can be reduced without causing an economic shock, the national economic growth target of 7% must be met. “If it can be done, God willing, we’ll make it easier in the next quarter,” he said.

Jokowi revealed that a number of parties observed a positive trend. For example, in the industrial sector, factories and manufacturing started to move. This is reflected in the increase in PMI indices. Before the pandemic it was 51 and now 53.2.

Then the consumption of electricity increased. He said the figure has increased. From what was negative, it now stands at 3.3%. “Both in industry and in households, in government, all consumption has increased. This is also something we should be grateful for,” he explained.

Then the consumer confidence index also increased, which was previously 84.9-85.8, now it is 93. Then the retail sales index rose to 182.3 in March 2021. “It’s also something we have to be grateful for, which means we have to be optimistic. like that, we have to know everything, ”Jokowi said.

To further accelerate the rate of economic growth, Jokowi also urged regional leaders to immediately spend their APBD. Currently, the Head of State notes that many of these funds are still held in banks. Jokowi ordered the regional chiefs to issue them immediately so that the money circulates in the regions.

Google Stadia added a search bar 16 months after its release