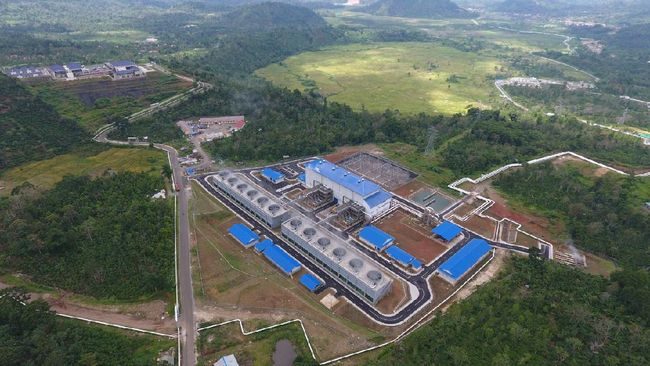 Jakarta, CNBC Indonesia – Geothermal developers are awaiting the promulgation of a presidential regulation (Perpres) regarding the purchase tariff for new and renewable electricity (EBT), including geothermal electricity tariffs, by President Joko Widodo (Jokowi).

RI’s geothermal resources reach 23,965.5 megawatts (MW), below the United States, which has 30,000 MW of resources. But unfortunately, the use of geothermal energy in Indonesia is still minimal, namely only 2,130.7 MW or only 8.9% of the total existing resources.

Surya Darma, chairman of the Indonesian Renewable Energy Corporation (METI), said that based on current regulations, the economic price of geothermal energy has not been met, even though the government has issued tariff regulations. geothermal energy on several occasions, as in 2014 and then 2017.

However, according to him, the tariff rules in 2014 met economic standards more than the new regulations enacted in the form of Ministerial Regulation (Permen) No. 50 of 2017. As a result, the use of geothermal energy is not growing.

He said the association had also discussed several issues on the economics of geothermal projects, both in terms of technology, infrastructure availability and production capacity.

According to him, his party has also proposed a geothermal tariff in line with the economics of the project. However, the government did not grant it immediately.

“We have submitted the proposed figures (rates) to the government, but the government has various considerations so that the economy is not only a return on investment, but also the purchasing power of people,” he explained. .

He added that the proposed tariff rate was still being discussed together, including with PT PLN (Persero) as the buyer of geothermal electricity, so later he should get a fair price for both parties. , namely the developer and the PLN.

“The World Bank study set a pretty good price from an economic point of view, the price is not only determined when development begins, but when it starts to work or COD (business transaction date) happen. If the business transaction is four more years away, it is fixed (price) for four more years. Geothermal development takes a long time, ”he said.

His party also hopes that the Ministry of Energy and Mineral Resources, as a technical ministry, can come up with the best and fairest tariff for all parties.

“I think the Department of Energy and Mineral Resources can say which one is better,” he said.

He continued, among other components of price formation comes from the investment component where the funding comes from, and then how taxes are determined by the government. So far, according to him, all taxes are still very general.

“In some countries special taxes on EBT have been set and this does not apply in Indonesia, it will impact the geothermal economy,” he said.

Surya said geothermal development takes a long time, so regulatory certainty is needed. Meanwhile, regulations in this country change frequently, including those related to geothermal pricing, so this doesn’t create certainty for potential investors.

“The certainty of geothermal development efforts is 6-7 years, new business operations, 1-7 years of events may arise, this certainty is what we ask the government. regulation, there is no legal certainty either, ”he explained.