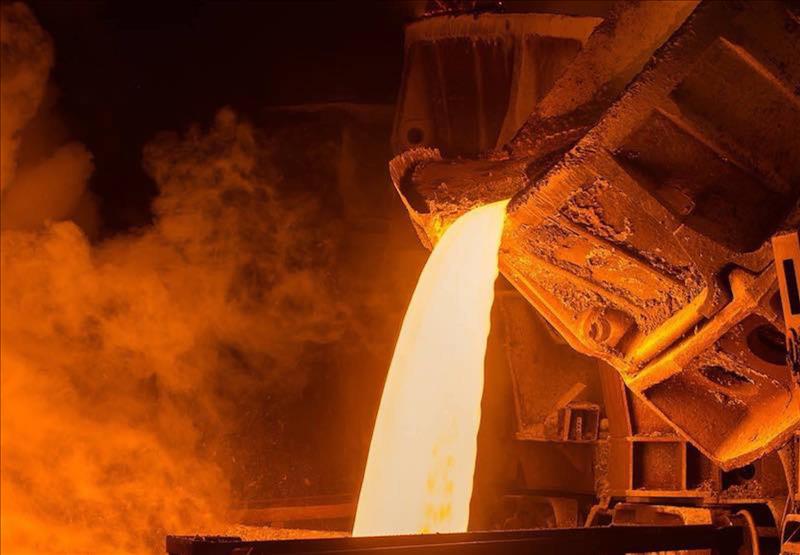 (MENAFN – Asia Times) JAKARTA Talks between Freeport McMoran Copper & Gold (FCX) and China’s Tsingshan Steel over the construction of a US $ 2.5 billion copper smelter on the Indonesian island of Halmahera are collapsed, dealing a heavy blow to Chief Minister of Maritime Affairs Luhut Panjaitan who had pushed the value-added plan.

The breakdown in talks had long been the subject of rumors after the two companies failed to come to an agreement by the March 31 deadline, but it is only now that the government has acknowledged that the project will backtrack. original site at an industrial site in Gresik, East Java. .

It also comes as world copper prices, now hovering around US $ 10,000 per tonne on the London Metal Exchange, approach an all-time high.

Djamaluddin told Asia Times the major hurdle was Tsingshan’s demand for a 5% reduction on copper concentrate from Freeport’s Grasberg mine in the central highlands of Papua, which the parent company based in Arizona apparently rejected it outright.

Analysts say that although it did not take an active part in the various rounds of virtual negotiations, the government likely agreed with Freeport’s position that the issue of prices was a deciding factor. 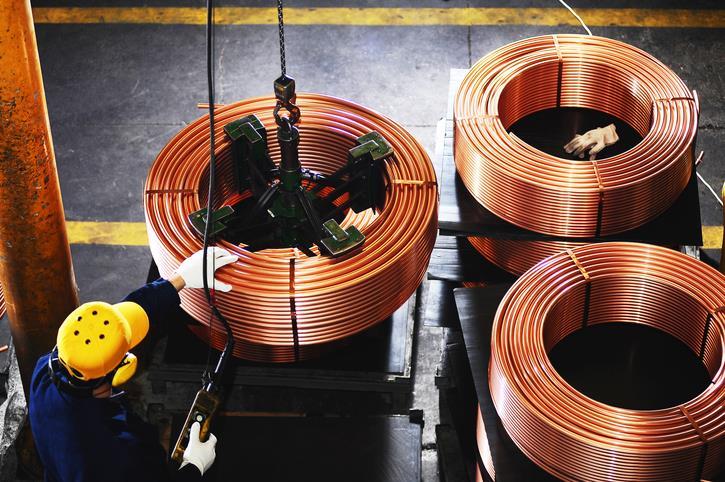 Copper prices are skyrocketing as the US and Chinese governments increase infrastructure spending. Photo: iStock

MIND ID did not comment one way or the other on the Halmahera proposal, as one would expect. But in surprise remarks to Parliament’s mining committee in mid-March, the company’s chief executive Peter Moeldak said building the smelter in Papua itself was still an option.

Then, in mid-April, the Chairman of the Investment Coordination Board, Bahlil Lahadalia, added to the distraction by claiming that PTFI, MIND ID and ENFI Engineering were working on a foundry project in the coastal district of Fakfak, near the BP Tangguh’s liquefied natural gas (LNG) in West Papua.

This appeared to be news for Freeport and industry sources say the company is not aware of detailed studies to determine the viability of the project, given the lack of existing infrastructure, especially a power supply. very important.

Driven by the growth of the electric car market, investors are forecasting a sharp increase in copper prices, with Goldman Sachs even projecting a historically high price of $ 15,000 per tonne in 2025, from today’s $ 10,000. Copper hit a record high of $ 10,147.50 per tonne on the London Metal Exchange on February 14, 2011.

In its first quarter earnings report, Freeport was pleased to point out that electric vehicles consume up to four times as much copper as an internal combustion engine and that renewable energy technologies use four to five times as much. of metal than the production of electricity from fossil fuels.

Posted on April 22, the Freeport earnings report only referred to a “new alternative foundry” without mentioning Tsingshan by name. He said business talks failed to reach a “mutually acceptable deal” and the company was continuing with the greenfield project in Gresik. 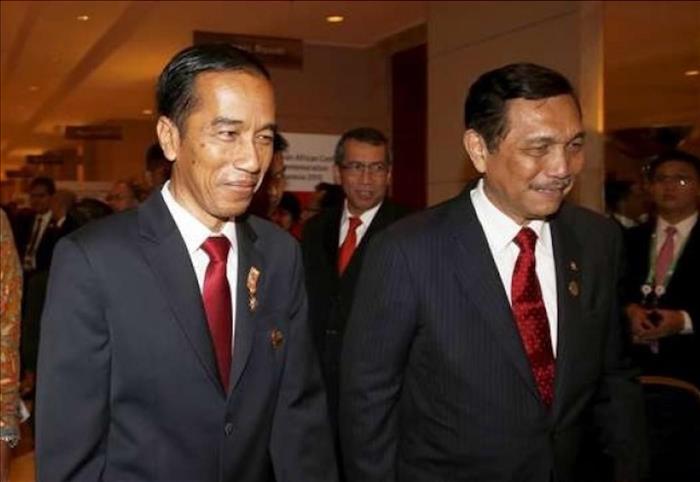 But Economic Coordination Minister Airlangga Hartarto, Mines and Energy Minister Arifin Tasrif and other senior officials appear to have been less enthusiastic about the idea, although some have publicly stated otherwise.

Young Yani is from the National Awakening Party (PKB), widely recognized as the political arm of the Muslim mass organization Nahdlatul Ulama, which played a major role in the re-election of President Joko Widodo in 2019.

Stimulated by tax cuts and other incentives that go with SEZ status, JIIPE is expected to contribute $ 10 billion in exports per year once fully operational, as well as provide valuable substitution for imports of industrial metal and chemical products.

For Panjaitan, Halmahera made sense because sulfuric acid derived from the smelting of copper is needed to produce nickel sulfide, the alloy composition used in the planned Tsingshan lithium battery plant, which is part of ‘a $ 10 billion integrated complex that also includes a nickel smelter and a stainless steel plant. .

The minister said Tsingshan had agreed to pay 85% of the cost of the copper smelter, with Freeport and the government agreeing to share the balance. But in the end, the Chinese seem to have avoided such an unprofitable business. 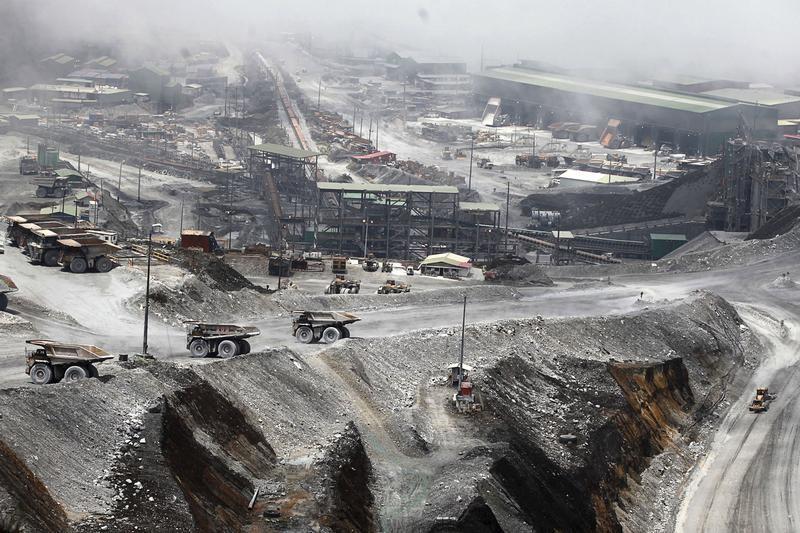 Trucks are parked in the open-pit mine at PT Freeport’s Grasberg copper and gold mining complex, near Timika, in the eastern region of Papua. Photo: Antara Foto

Freeport has dragged its feet on building a new foundry from the start and now blames the Covid-19 pandemic as the reason it only spent $ 159 million of the $ 2.8 billion necessary to complete the Gresik project, which has been postponed to 2024..

Even then, with the government having to pay half the price of the new venture, as well as a share of the cost of developing the new underground mine at Grasberg, officials and politicians may be more inclined to consider the proposed expansion. $ 200 million from the neighboring neighborhood. A facility operated by Mitsubishi of one million to 1.3 million tonnes per year.

PT Smelting processes 40% of the production of Grasberg since its commissioning in 1996, but since the implementation of the mining law of 2009 in 2014, the government must give its agreement to Freeport to export its million tonnes of concentrate of remaining copper to the Japanese and Spanish markets.

An extension still means exports would continue at a slightly reduced pace, with Freeport paying an export duty of 5% on the value of the concentrate, reduced from 7.5% in 2015 as a reward for the stammering progress it had made on the concentrate. pre-engineering and feasibility studies on the new foundry.

But as is now the case with China’s dominant position in the nickel processing industry, a new smelter designed to process two million tonnes of concentrate would meet one of the law’s primary policy goals. mining by adding full value to Indonesia’s vast mineral resources.

Keen to profit from soaring copper prices, Freeport expects its underground operation to be in full production by the middle of next year, producing 220 to 230,000 tonnes of ore per day. This will be similar to the production of the large open pit, which was closed at the end of 2019 after 30 years of operation.

Legal disclaimer: MENAFN provides the information as is without warranty of any kind. We do not accept any responsibility for the accuracy, content, images, videos, licenses, completeness, legality or reliability of the information contained in this article. If you have any complaints or copyright issues related to this item, please contact the supplier above.

to request, modification Contact us at Here or [email protected]lletin.com

Xiye Bastida, the Mexican environmentalist who claimed the world leaders